#AleppoIsDying – “What Use is Protesting?” 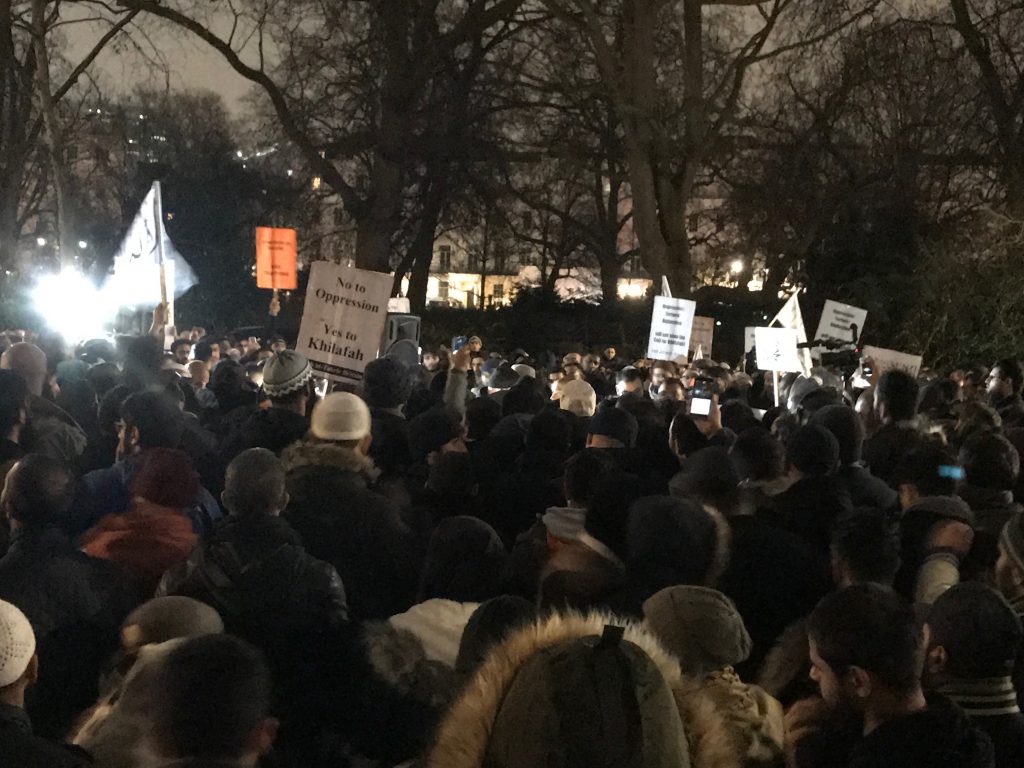 I have seen many comments and messages from people questioning the point of petitions, demonstrations, lobbying campaigns and even prayer to try and stop the ongoing genocide in Aleppo. People are frustrated and feel they must do something. Others question the usefulness but do not offer alternative solutions.

There are 8 critical concepts we all should understand.

I. Whatever we do now is simply reactionary. Had we acted in a proactive way over the past few years, we might not have gotten to the stage we are at now.

II. No single thing we do, in and of itself, is going to change anything on the ground. Duʿā’ without taking necessary means is futile; and performing actions such as demonstrations and filling in petitions without making duʿā are futile.

III. The Prophetic way has always been to mix prayer with action. Any study of the lives of the prophets (ʿalayhim al-Salām) shows us that when the believers exert their utmost efforts and continuously beseech Allāh for assistance, Allāh gives them victory in the most miraculous of ways.

Mūsā (ʿalayhi al-Salām) followed the commands of Allāh to the very end. When he was stuck between the Red Sea and the army of Firʿawn, he trusted completely that Allāh would not abandon him and Allāh caused the sea to part allowing him and his people safe passage.

The young boy Dāwūd (ʿalayhi al-Salām) did not just pray for victory against Jālūt but physically confronted him in order to defeat him.

IV. Victory and success only come from Allāh. When our eyes, ears and senses inform us that we are at a completely hopeless situation, Allāh can still give victory.

V. Allāh wants to see the believers expending their utmost efforts in every way, united together for the same cause. It is only then that He grants victory. Using a recent domestic example, demonstrations, petitions, and lobbying efforts mixed with enormous prayer campaigns raised the profile of the Free Babar Ahmad campaign. Though Babar had been extradited, he was returned home in less than 3 years; something that seemed impossible at the time.

Allāh does not give everyone the tawfīq to be on the ground in Aleppo, fighting for His sake against the oppressive tyrants or providing humanitarian relief to the victims. Does this mean we simply do nothing thinking all efforts are futile? We are all part of the same Ummah and should do whatever we can, wherever we are, to be part of the victory.

VI. If we cannot do small things we are asked to do, we are deluding ourselves if we feel that, when the time comes, we will be able to sacrifice more.

However, good deeds lead to more good deeds and small deeds lead to greater deeds. You might sign a petition today, give a huge amount of sadaqah next time, or travel on a convoy the time after that. Allāh sees the sincerity in what you do, and a sign of your deed being accepted is that Allāh gives you the tawfīq to do greater deeds.

VII. People on the ground in Aleppo understand that it may not be possible for us all to actually travel there to support them. But, at least, if news filters through to them that Muslims around the world are doing whatever they can they will not feel like they have been abandoned and it will embolden their spirit.

I will never forget visiting Gaza at the end of the Israeli aggression in January 2009 and being greeted with the warmest of smiles and hugs from civilians and fighters alike. They kept thanking us for going out on the streets night after night, demonstrating in support of them. They said it gave them all the courage to continue to resist knowing that they were not alone and the Ummah had not forgotten them.

VIII. We need to change our perception of victory. Victory for the believers is not in the worldly sense but in the everlasting sense. Those who are being killed in Aleppo are being granted the ultimate victory – they are martyrs for Allāh’s sake, inshāAllāh, and we will all wish that we could be among them on the Day of Judgement – such will be the honour that they receive.

Like the People of the Ditch who were burned alive en masse, Allāh described this as the ‘great victory’. In this world they lost, but in the akhīrah they have won the greatest of victories.

Similarly, for those of us here in the UK and those of us abroad, signing a petition or attending a demonstration could be the one deed that saves us on the Day of Judgement. All the prayers, ʿumrahs, sadaqah and dhikr we do may be tainted for not having been done sincerely for Allāh’s sake. Perhaps this will be the one time you sign a petition for Allāh’s sake and His sake alone, or attend a demonstration, or raise your hands in sincere duʿā’ in the last third of the night, and it may be that it will be this deed that enters you into Jannah, inshāAllāh.

It is for this reason that the Prophet (sall Allāhu ʿalayhi wa sallam) advised us not to belittle any good deed.

So the next time you receive a message about signing a petition or attending a demonstration or making a special duʿā’ for Aleppo or anywhere else, do not belittle it or put people off it, but do it. Ask Allāh to accept it and do not ever become satisfied with your efforts. Continue to struggle in whatever way you can until you feel you can do no more, and then do a little more.

May Allāh accept all our good deeds and enable us to do more for His sake and be part of the victory in this world and the next.