An education for all? 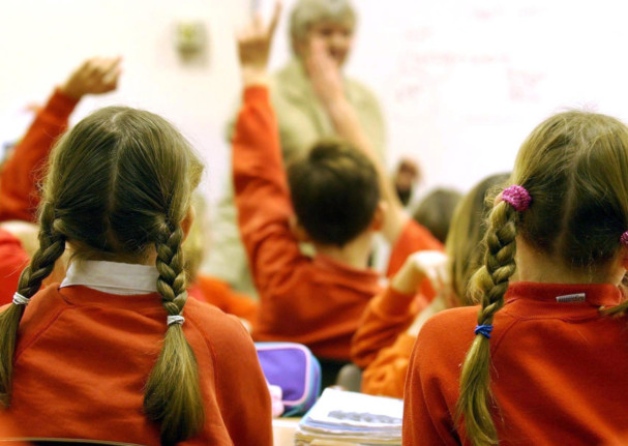 When MP Diane Abbott decided to send her child to an independent school, there was understandable uproar. A woman who has been a key figure in the Labour party, a party which claims to fight for equality of opportunity, arguably demonstrated that her socialist values and credentials are only important when berating the opposition in the commons, but pragmatically have no place in the world[1].

This should really come as no surprise. A system of government, which ‘whips’ MPs to vote in accordance with party policy and sometimes against their own conscience, or more significantly against the wishes of the people they are representing, is one which will see career politicians thrive and the immoral assume positions of power. Parliament has only recently been hit by the scandal of revelations that there were around 300,000 ‘attempts to access websites categorised as pornography’ from computers on the Parliamentary network[2].

When questioned about the decision to send her child to an independent school, she mounted what can only be described as a feeble defence and notwithstanding her protestations of having genuine reasons, the bottom line was that she felt state education was not ‘good’ enough for her son. It was not ‘good’ enough to provide him with the necessary life chances that would see him into a comfortable ‘middle class’ existence; that is after all, apparently, what a good education is for.

I do not particularly want to discuss and dwell on the purposes and aims of education here, as it deserves to be addressed in a separate article. What is clear however, is that education is considered culturally, a vehicle for social mobility. Those who receive a ‘good’ education are more likely to have ‘good’ jobs and thus a ‘better’ quality of life. The fact that there is a limit to the number of ‘good’ jobs available in the market produces intense and fierce competition from parents who want to ensure that their children have access to the best possible institutions, to ultimately secure these coveted employment opportunities.

To be brief, the existence of independent schools has provided wealthy individuals the opportunity to purchase advantage for their children in securing the best possible schooling, while the financially ‘poor’ are left to manage within a system that does not offer them equity of opportunity. The system itself has effected a form of virtual monopolisation for the elite, where, in general, their families will continue to benefit from this arrangement for generations to come. The implicit sentiment by those who promote these private educational institutions is: as long as the needs of my children are being met and their life chances are being improved, I couldn’t give tuppence about the rest!

While this rather singular and individualistic attitude is understandable amongst non-Muslims, especially and more so with those who would identify as having no faith, I am concerned that the very same attitudes have unwittingly been appropriated by the Muslim community. Contrary to the aims of the Abbotts of the world, if we can agree that Islamic schools have, as their ‘primary’ aim, the desire to nurture and develop Muslim children into God-conscious individuals, I would ask whether the chance for people to become God-conscious is limited to a particular number, such that we would need to compete with each other at the expense of excluding those Muslims who are financially weaker.

Yet this is exactly what Islamic independent schools unintentionally end up doing. They ultimately exclude those who are financially less well off and in so doing, create a system that does not take into account or promote the Islamic well-being of the majority of Muslim children. The Prophet (sallAllāhu ‘alayhi wasallam) said, “None of you truly believes until he loves for his brother what he loves for himself.”[3] The very nature of our brotherhood is fundamentally expressed through our need to help and support one another to earn Allāh’s pleasure and ultimately His paradise. If the institutions we establish to realise these aims are only accessibly by the wealthy, we may have acted contrary to the spirit of Islām. Some Muslims, in my opinion, incorrectly defend their position by quoting the verse, ” O you who have believed, protect yourselves and your families from a Fire whose fuel is people and stones…”[4] While there can be no argument about the importance of protecting one’s family from the fire, why are the two mutually exclusive? Why is it not possible for all our children to benefit together?

Many believe that this cannot be achieved pragmatically, because they cannot break free from the system of education that has become normative within the western world. They still think about and reflect on the problem of education within a narrow framework that seeks to create a wealth-centric, individualistic society, far removed from the comparatively egalitarian and enlightened Islamic world of the middle ages. In contrast to the West which, at the time was mired in ignorance, and knowledge was predominantly the preserve of the social elite, the Islamic world offered education as a universal right, much of which was achieved through the patronage of the wealthy who recognised the value of learning for the community. Kuttabs were a form of elementary school that were open to all, where the son of a poor person could learn side by side with the child of a wealthy man.

There may be difficult questions to ask about our aims and purposes for education. We may have to challenge our conception of learning and what really the modern schooling system has to offer any of our children, Muslim or otherwise; but unless we are prepared to take the undoubtedly courageous step of going back to the drawing board, we will never be able to come up with an appropriate solution which benefits all our children.

I am not claiming to have ‘the answer’, but I am convinced that Muslim educators continue to try and tweak the current system with INSETS and pedagogy to little or no avail. I also know that people will have very strong views on this subject, and I am sure that many will not agree with my concerns or question the pragmatism of what I’m suggesting, but this is where we must start a frank and long discussion, and one which may take a number of years, but for those who are truly interested in ‘education’ as an outcome rather than wealth, I look forward to hearing from you.

[3] Narrated by al-Bukhāri and Muslim