Europe’s Problem of Rape Against Women 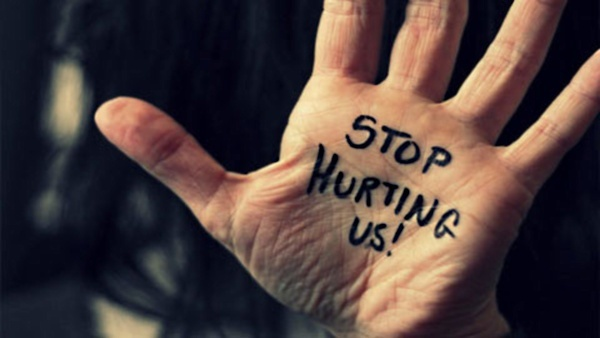 One in 10 women has experienced some form of sexual violence since the age of 15, and one in 20 has been raped.

31 % of women have experienced one or more acts of physical violence since the age of 15.

Only 14 % of women reported their most serious incident of intimate partner violence to the police.

Of women who have been raped by their current partner, about one third (31 %) have experienced six or more incidents of rape by their partner.

You may think that these facts and statistics were from some distant, far-away  land inhabited my people who are “foreign”; who look different, a people who are “known” to oppress women in countries such as Afghanistan or Pakistan or maybe Saudi Arabia, each of which have a sizeable Muslim population. After all, it is well known isn’t it that domestic violence is a Muslim issue? Well, I can assure you that the above statistics are from the findings of a report published in Brussels last week entitled “Violence against women: an EU-wide Survey”, based on interviews with 42,000 women across 28 EU member states[1]

The survey shows that violence against women is “an extensive human rights abuse” across Europe with one in three women reporting some form of physical or sexual abuse since the age of 15 and 8% suffering abuse in the last 12 months, according to the largest survey of its kind on the issue. In three countries often praised for their gender equality, for example, high numbers of women report suffering violence since the age of 15: in Denmark 52%, Finland 47%, and Sweden 46% of women say they have suffered physical or sexual violence. The UK reports the joint fifth highest incidence of physical and sexual violence (44%), whereas women in Poland report the lowest (19%).

The survey found that abuse, particularly domestic violence, remains socially permissible if it is kept in the private sphere. In fact, legal decisions from the European Court of Human Rights have found that domestic violence is treated as a private dispute between partners in many European countries, not a public matter requiring government interference and prosecution[2].

It is clear that violence against women is not receiving enough attention in most European countries and instead, it is ignored, often typecast as endemic to other parts of the world as suggested at the outset of this article. All the while, abuse against women has been persisting and thriving on European soil. Whenever the issue of domestic violence or indeed violence in general against women is discussed, it is often done so in relation to its purported association with ‘religion’ and more often than not, with a particular slight on the Islamic faith. Unfortunately, false logic can at times seem plausible, and even outright lies repeated often enough begin to sound like the truth. Sadly, when this happens, stereotypes and rumours replace facts, and knowledge is replaced with ignorance and misperception, and ignorance fuels hatred and bigotry.

The alleged relationship between Islām and domestic violence has become so normalised that sadly some Muslims themselves have unfortunately bought into this concept that domestic violence is an issue which Muslims in particular must deal with, as if it is a crime which is monopolised by Muslims only in the same way concepts such as “extremism” and “terrorism” are also widely and wrongly accepted as being Muslim-only crimes. The question which the survey naturally highlights is: which religious values are responsible for driving the current spate of violence against women in Europe given that as recently as 2007, Muslims were found to only amount to 3.2%[3] of Europe’s population? Although the largest religion in Europe is Christianity, it is clear that the predominant spiritual guide in Europe is that of Capitalism and Secularism whose sole focus is material productivity rather than in the training of human beings, because material production is considered to be more important, more valuable and more honourable than the development of human character. Such a civilisation has often been branded as being “morally bankrupt” or indeed “backward” from the human point of view with the concept of greed at the heart of all that it stands for.

In an Islamic society for example, the family system and the relationship between the sexes determine the whole character of a society and whether it is backward or civilised. If the family is the basis of the society, the basis of the family is the division of labour between husband and wife, and the upbringing of children is one of the most important functions of the family; such a society according to an Islamic viewpoint is indeed civilised. In the Islamic system of life, this kind of a family provides the environment under which human values and morals develop and grow in the new generation; these values and morals cannot exist apart from the family unit. If, on the other hand, “free” sexual relationships and illegitimate children become the basis of a society, and if the relationship between man and woman is based on material lust, passion and impulse, it is seen as more meritorious to become engaged in work, for example, at the expense of safeguarding the family unit, then such a system is seen as fundamentally flawed from an Islamic viewpoint. This, as well as the dehumanisation of women as attractive commodities to market material objects becoming more and more widespread, is likely to be contributing to such high levels of violence against women in Europe.

Such societies which give ascendance to physical desires and animalistic morals cannot be considered “civilised” in terms of human development, no matter how much progress they may make in industry or science. In all modern societies, the meaning of ‘morality’ is limited to such an extent that all those aspects which distinguish man from animal are considered beyond its sphere. In these societies, illegitimate sexual relationships are not considered immoral. The practical meaning of ethics is limited to economic affairs or sometimes to political affairs which fall into the category of ‘government interests’. Many scandals are not considered serious by members of society because of sexual immorality and deviations but rather, they are glamorised almost for their gossip value because of the individuals involved. If in a society immoral teachings are rampant, and sexual activity is considered outside the sphere of morality, then in that society the humanity of man can hardly find a place to develop and perceptions of woman seen as mere objects will continue. In an age where to sell anything from fruit to cars requires women appearing in sexually suggestive ways and where even the very people leading the country themselves perpetuate this problem further such in the UK where MPs, peers and their staff were found to be accessing pornography websites hundreds of thousands of times in Parliament[4], it is thus asserted that Islamic values and morals, Islamic teachings and safeguards, are worthy of at least closer reflection for solving Europe’s current problems. Considering this unchanging and true measure of human progress, where a man’s relationship with a woman is regulated by the Divine guidance from al-Khāliq, the Creator, Islām is more than capable of resolving such a worrying trend developing in Europe by providing them with a truly civilised model which is not measured through the prism of material worth.

Finally, it is hoped that our Muslim brethren who have fallen prey to thinking domestic violence is a problem which Muslims must take ownership of, understand that Muslims are not only against domestic violence but are against all forms of unlawful violence. They should also not be afraid to remind those who live in glass houses to refrain from throwing stones. The one pointing his/her finger at the Muslims should remember that when pointing, three fingers remain pointing at themselves as is abundantly evident from the survey. Those Muslims that have an inferiority complex when it comes to looking up to Europeans by default for a benchmark for “progress” should also reflect and ponder over what kind of society we really want to live in.