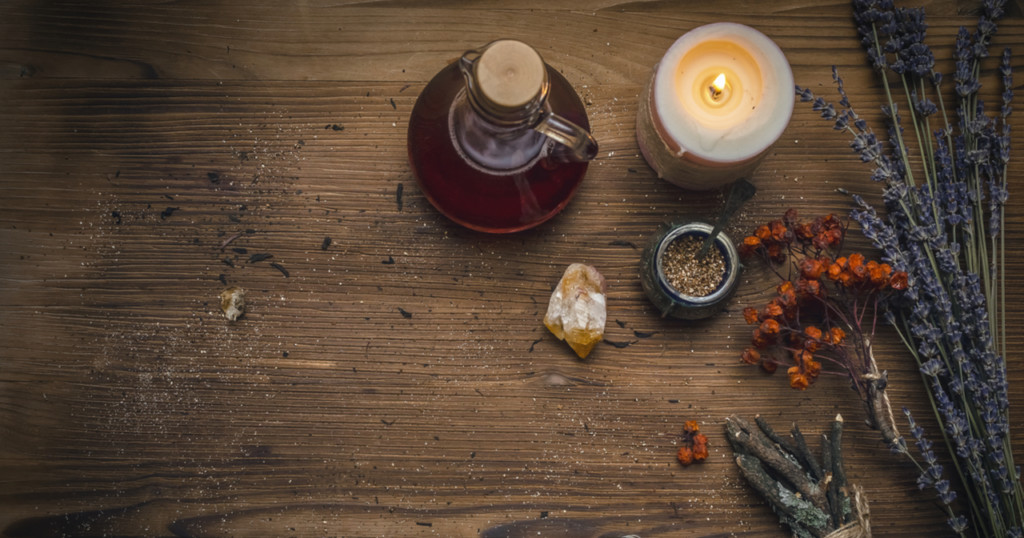 With the on-going coronavirus pandemic, many might expect to fall sick in the coming months. Whilst we may normally turn to modern medicine alone for solutions, it is well-known that at this time, there is no known cure or vaccine for COVID-19, just like there were no cures for other coronaviruses encountered in recent history, such as SARS[1] or MERS[2].

For now, the only widely used treatment that medicine can offer is to support the body’s function while the immune system fights the virus. Whilst there is research into medication that may cure the disease, it remains in its infancy. Medics are also looking to the past to find solutions, with trials of blood plasma transfusion from recovered COVID-19 patients to unwell patients. This was first used during the Spanish flu of 1918.[3]

However, we do have treatments taught to us by our Prophet (sall Allāhu ʿalayhi wa sallam), for it is from tawakkul to believe in them and seek cure to anything through them when the need arises, by the permission of Allāh.

Let us look at some examples from the Sunnah to see what our Prophet Muhammad (sall Allāhu ʿalayhi wa sallam) taught us when he or others were sick.

During the Prophet’s fatal illness, he used to recite the Mu’awwidhatayn (Sūrah al-Nās and Sūrah al- Falaq) and then blow his breath over his body. When his illness was aggravated, I used to recite those two sūrahs and blow my breath over him and make him rub his body with his own hand for its blessings.” (Ma`mar asked Al-Zuhri: “How did the Prophet (sall Allāhu ʿalayhi wa sallam) blow?” Al-Zuhri said: “He used to blow on his hands and then passed them over his face.”)[5]

“Some of the Companions of the Messenger of Allāh (sall Allāhu ʿalayhi wa sallam) came across a tribe of Bedouins that did not entertain them, nor behave in a hospitable manner with them. Their leader became ill, and they came to us saying: ‘Do you have any medicine? ‘We said: ‘Yes. But you did not entertain us nor have us as guests so we will not do anything until you give us something.’ Then they gave sheep for that.” He said: ‘So a man from us began reciting the Opening of the Book (Sūrah Al-Fātihah) and he was cured. So when we came to the Messenger of Allāh (sall Allāhu ʿalayhi wa sallam) we mentioned it to him, and He said: ‘How did you know it was Ruqyah?’ He did not mention any prohibition against it and he said: ‘Eat and assign me a share among you from them (meaning from the sheep).'”[6]

The Prophet (sall Allāhu ʿalayhi wa sallam) used to treat some of his wives by passing his right hand over the place of ailment and used to say, “O Allāh, the Lord of the people! Remove the trouble and heal the patient, for You are the Healer. No healing is of any avail but Yours; healing that will leave behind no ailment.”[7]

“And We send down of the Qur’ān that which is healing and mercy for the believers, but it does not increase the wrongdoers except in loss.”[8]

And, in another sūrah:

The Prophet Muhammad (sall Allāhu ʿalayhi wa sallam) said, “upon you is the Remembrance of Allāh and the recitation of His Book, for it is light for you on earth and [a means by which] you will be mentioned in the Heavens.”[10]

The Qur’ān is a healing for the believers. We should make our homes places where we recite the Qur’ān, study its tafsīr, reflect upon it, and memorise it. When we do that, our homes will be places of light and contentment for us and we will reap the rewards in the Hereafter, as well as find cure through it.

Not mixing the sick with the healthy

Allāh’s Messenger (sall Allāhu ʿalayhi wa sallam) said: “Do not quarantine the healthy with the infected.”[11]

The Prophet (sall Allāhu ʿalayhi wa sallam) also said: “The afflicted should not be mixed with the healthy;”[12] and “Flee from leprosy like you would flee from a lion.”[13]

Note: There are ahādīth that mention cauterisation being permissible. The scholars reconcile the different ahādīth by concluding that cauterisation is makrūh, but it is allowed if there is a physical need for it.[15]

Indeed, Allāh says in the Qur’ān:

“And your Lord inspired to the bee, ‘Take for yourself among the mountains, houses, and among the trees and [in] that which they construct. Then eat from all the fruits and follow the ways of your Lord laid down [for you].’ There emerges from their bellies a drink, varying in colours, in which there is healing for people. Indeed in that is a sign for a people who give thought.”[17]

It was narrated by Jabir b. `Abdullāh:

That he paid Al-Muqanna’ a visit during his illness and said, “I will not leave until he gets cupped, for I heard Allāh’s Messenger (sall Allāhu ʿalayhi wa sallam) saying, ‘There is healing in cupping.’”[18]

It was narrated that ‘Uthman b. ‘Abdul-Malik said:

“I heard Salim b. ‘Abdullāh narrating from his father that the Messenger of Allāh (sall Allāhu ʿalayhi wa sallam) said: ‘You should eat this black seed, for in it there is healing from every disease, except the sam (death).’”[19]

The Prophet (sall Allāhu ʿalayhi wa sallam) said, “The best medicines you may treat yourselves with are cupping and sea incense.” He added, “You should not torture your children by treating the swelling of the throat by pressing the throat or the palate with the finger but use incense.”[20]

I went to Allāh’s Messenger (sall Allāhu ʿalayhi wa sallam) along with a son of mine whose palate and tonsils I had pressed with my finger as a treatment for a [throat and tonsil] disease. The Prophet (sall Allāhu ʿalayhi wa sallam) said, “Why do you pain your children by pressing their throats! Use ‘ūd al-Hindį (certain Indian incense) for it cures seven diseases, one of which is dhāt al-janb. It is used as a snuff for treating throat and tonsil disease and it is inserted into one side of the mouth of one suffering from dhāt al-janb.”[21]

Dhāt al-janb is commonly translated into English as pleurisy, an infection of the lining of the lungs. However, it is not clear whether it is a sickness of the lungs or if it is any ailment that causes pain in the flank (janb). [22]

Abū Bakr ibn al ‘Arabi stated that ‘qust is of two types: Hindi – which is black, and Bahri, which is white. Al-qust al-Hindi is hotter than al-Bahri.”[23]

Qust is not commonly used in modern times, though it has been highly valued in history. The two species originate from the resin-infused wood of two plants. They have been consumed and used for their medicinal properties across the Middle East, India, China, and Japan.

Our prophet Muhammad (sall Allāhu ʿalayhi wa sallam) mentions that qust al-Hindī is a cure for seven diseases, but he does not specify them, so we cannot know for certain what it may cure. Ibn al-Qayyim comments that Greek doctors wrote that true dhāt al-janb has five symptoms: fever, coughing, stinging pain, hard breathing, and pneumonia,[24] whilst it has been written about by civilisations prior to Islām. For example, the Greek physician Dioscorides writes in his book, Materia Medica, from the year 65 CE, that the extract of the root of the plant was used to treat stomach complaints as well as pains of the lungs and liver at the time.[25]

`Āisha used to recommend al-talbīna for the sick and for such a person as grieved over a dead person. She used to say, “I heard Allāh’s Messenger (sall Allāhu ʿalayhi wa sallam) saying, ‘al-talbīna gives rest to the heart of the patient and makes it active and relieves some of his sorrow and grief.'”[26]

`Āisha used to recommend al-talbīna and used to say, “It is disliked [by the patient] although it is beneficial.”[27]

Note: How to make Talbīna:

Talbīna is a soup made by boiling a tablespoon of whole grain barley flour with a cup of water. If flour is not available, one can grind barley with a coffee grinder to make flour or even blend cooked barley with water to obtain a thin porridge consistency.

`Abdullāh b. `Umar said, “The Prophet (sall Allāhu ʿalayhi wa sallam) said, ‘Fever is from the heat of Hell, so put it out (cool it) with water.’ Nāfi` added: ‘`Abdullāh used to say, “O Allāh! Relieve us from the punishment” (when he suffered from fever).[28]

Whenever a lady suffering from fever was brought to Asmā’ b. Abū Bakr, she used to invoke Allāh for her and then sprinkle some water on her body on her chest and say, “Allāh’s Messenger (sall Allāhu ʿalayhi wa sallam) used to order us to abate fever with water.”[29]

Please note that all of the above are not intended to replace professional medical advice and therapies, which should be sought, when required, with the consultation of your doctor.

Let us take heed of the solutions offered to us by the Prophet (sall Allāhu ʿalayhi wa sallam) and give them their due right, for many might be missing out on simple, yet prophetic, remedies. Let us not forget or dismiss the spiritual preventative measures that should be taken, including the morning and evening remembrance (adhkār), and regularly seeking forgiveness (istighfār), amongst others.

May Allāh protect us all.