Maryam: A Woman of Miracles 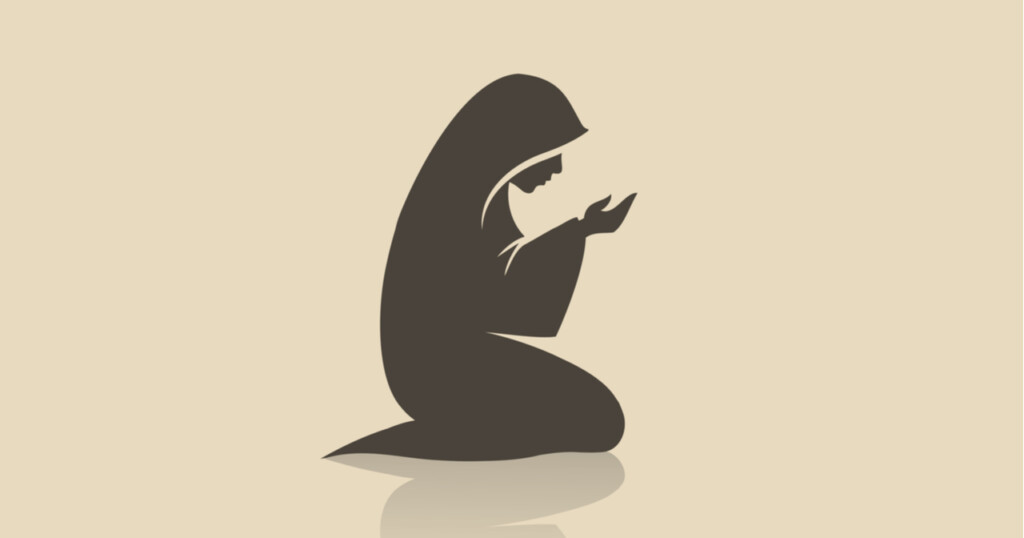 Reflecting on this past year, we can all agree that we have all faced some very unexpected circumstances. Many have faced (and are still facing) harsh situations in their personal lives due to the pandemic. When we look into the lives of many great figures in our past, we find that their lives were speckled with unimaginable challenges. Through these trials, their faith was put to test, and they shone brightly as guides, leaders, and role models for us. The focus of this article is on Maryam, the mother of Isa (‘alayhi al-Salām). Maryam is a woman who serves as a symbol of unwavering trust, devotion, and good character in the face of one of the greatest trials a woman on this earth was ever put through.

‘Imrān and Hannah were known to be righteous people. They had lived a long life together as husband and wife, but they did not have any children. In her old age, Hannah was still hopeful that she could have a child. She vowed to Allāh that if she was blessed with a child, she would dedicate the child’s life to the service of Allāh. Her du’ā was answered, and she became pregnant, after which she said:

My Lord, indeed I have pledged to You what is in my womb, consecrated (for Your service), so accept this from me. Indeed, You are the Hearing, the Knowing.[1]

When the time came for her to give birth, she was shocked to find out that her baby was a girl and not a boy. Her shock was because it was uncommon for females to live a life of seclusion in the worship of Allāh.

But when she delivered her, she said, “My Lord, I have delivered a female.” And Allāh was most knowing of what she delivered, and the male is not like the female.[2]

Though Hannah had given birth to a girl, her oath still needed to be fulfilled. The baby was named Maryam, and so her story began.

And I have named her Maryam, and I seek refuge for her in You and (for) her descendants from Satan, the expelled (from the mercy of Allāh).[3]

When Maryam Inspired a Prophet

From a very young age, Maryam was recognised as someone who was extremely blessed. She was taken under the care of her uncle, the Prophet Zakariyyah, who would look after her while she was worshipping Allāh in her chamber. He noticed that every time he went to check up on her, she miraculously had an abundance of provisions. Some scholars say that she would have summer fruits in the winter, and winter fruits in the summer.

So her Lord accepted her with good acceptance and cause her to grow in a good manner and put her in the care of Zakariyyah. Every time Zakariyyah entered upon her in the prayer chamber, he found her with provision. He said, “O Maryam, from where is this (coming) to you?” She said, “It is from Allāh. Indeed, Allāh provides for whom He wills without account.”[4]

Prophet Zakariyyah had been facing his own struggles – he was very old and his wife was barren. He longed to have children of his own who would be righteous and call others to Allāh. When he saw Maryam with all kinds of amazing provisions and heard her say that Allāh provides unrestrictedly to whomsoever He wills, he realised that Allāh would surely respond to his prayers. Without wasting a moment, he immediately called out to Allāh:

At that, Zakariyyah called upon his Lord, saying, “My Lord, grant me from Yourself a good offspring. Indeed, You are the Hearer of supplication.”[5]

While he was still standing in prayer with his heart full of trust in Allāh, his du’ā was answered:

So the angels called him while he was standing in prayer in the chamber. “Indeed, Allāh gives you good tidings of Yahya, confirming a word from Allāh, and (who will be) honourable, abstaining (from women), and a prophet from among the righteous.”[6]

This miraculous event occurred as described, and Prophet Yahya was born due to the inspiration that Prophet Zakariyyah took from Maryam!

Chosen Above the Women of the World

One day, when Maryam was in her chamber worshipping Allāh, something happened that would change her life forever. Out of nowhere, an angel appeared before her and startled her. The angel said:

O Maryam, indeed, Allāh has chosen you and purified you and chosen you above the women of the worlds.[7]

This verse teaches us that Maryam is celebrated on her own merit. She is not someone we admire just because she is the mother of Prophet Isa. Even before she had news of his arrival or became his mother, Maryam was told by the angel that she had been chosen by Allāh due to her righteousness.

A Symbol of Modesty

As a woman who was chosen and purified by Allāh, Maryam was extremely modest and chaste. When the angel Jibrīl first came to her in the form of a man, she immediately sought protection from Allāh:

Then We sent to her Our Angel, and he represented himself to her as a well-proportioned man. She said, “Indeed, I seek refuge in the Most Merciful from you, (so leave me), if you should be fearing of Allāh.”[8]

Maryam soon realised that the man in front of her was actually an angel who had been sent by Allāh to deliver some life-changing news:

Maryam was perplexed. She had spent her entire life secluded in worship, so she could not comprehend how she could be expecting a child.

She said, “How can I have a boy when no man has touched me and I have not been unchaste?”[10]

Just as Allāh had allowed the barren wife of Prophet Zakariyyah to conceive in old age, He once again displayed that He has the Power to bring anything into existence. Allāh willed that Maryam would become pregnant even though she had never been touched by a man – and He is capable of all things.

The decree of Allāh prevailed, and Maryam soon gave birth to Prophet Isa. Maryam knew that people would assume the worst of her; that she had given birth as a result of unchastity. During this extremely difficult time in her life – through a pregnancy and birth that she faced alone – she remained extremely close to Allāh. She knew with certainty that He would never allow her to be disgraced. She walked directly towards her people, not knowing how she would be defended, but certain that Allāh would help her. Little did she know that it would be her baby who would speak up for her.

So she pointed to him. They said, “How can we speak to one who is in the cradle a child?” (Isa) said, “Indeed, I am the servant of Allāh. He has given me the scripture and made me a prophet.”[11]

In this miraculous event, the chastity of Maryam was defended by her new-born baby. Her status was further exalted in the eyes of people, as she had given birth to a prophet who had shown his first miracle as a baby. Here, we learn that when we fear Allāh and live in devotion to Him, He will make a way out of every challenging situation for us from places we least expect.

The miraculous life of Maryam teaches us that when we are devoted to the obedience of Allāh, He will protect us, provide for us, and honour us beyond anything we can imagine. We learn from Maryam that no matter how impossible a situation may seem, Allāh will always make a seamless way out for us if we are close to Him. As we near the end of what has been a challenging year, we must remember the quiet courage of Maryam and her consistent trust in Allāh’s plan for her. In trusting Him, there is always a path of ease and blessings to be found.

We pray that we are able to follow in the footsteps of this blessed family and emulate their ways.

Nusaybah Naeem holds a Master’s degree in Literature and Culture from the University of Birmingham. She is currently working in Mental Health and is actively involved with Green Lane Masjid in Birmingham.