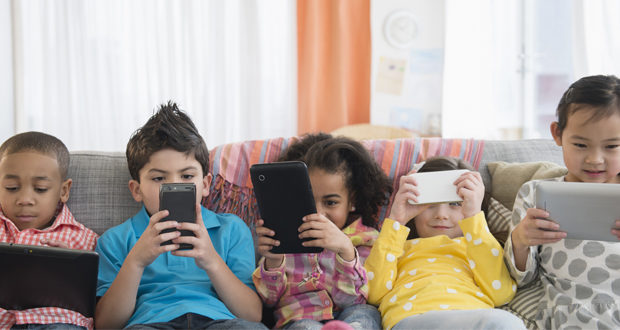 Put your phone down and touch people’s lives

We live in a time of advancement; pioneers in science and technology are making huge strides that will greatly impact our lives and the lives of the generations to come. Everything is either automated or in the process of being automated, hinting at a future in which robots could take over the world. Artificial Intelligence and Machine Learning are common parlance amongst those involved in the tech sector and even amongst laymen who are passionate about these topics. Only a few decades ago, these advancements were considered fantasies but much of it is a conceivable reality now.

As humans living in structurally developed cities allowing us limited exposure to the natural world and its beauty we are heavily reliant on gadgets just to get on with our daily lives. There is an app for almost everything. Though this may be cause for celebration, it is also definitely a reason to be wary, as well. The aim of most gadgets and advancements is to make things easier and, as a result, save a person time. However, today’s generation of technology-dependent users complain that they have less time to do that which is truly meaningful.

Smartphones and social media have taken over our lives and it is quite the norm for people to live their lives online, seeking approval and fan following. Social media has exponentially increased the reach of our message and things going ‘viral’ are commonplace.

This has made the world a global village where people are instantly aware of something happening at the other end of the world. It has allowed families and friends living thousands of miles apart to speak with or share pictures and messages at any time of day or night.

In spite of these advantages, there is one prevalent drawback to such a phenomenon; the considerable lack of basic human face-to-face interaction. Paradoxically, in this age of global connectivity, people yearn for meaningful, real world interactions and relationships. The world is becoming a lonelier place for us all.[1]

There are those with hundreds and thousands of friends on Facebook and millions of followers on twitter and yet they cannot find a couple of people with whom they can share their concerns or open up about their vulnerabilities. Lack of meaningful relationships and human touch has reached such a point that there is even a market for a ‘cuddling’ business for strangers to get cuddled by professional cuddlers for £55 per hour.[2]

Empathetic people, too, are rare, especially in this age of self-interest and indulgence taking priority over everything and everyone else. Individualism has a firm footing in our society and we, as a community, have fallen into this trap as well.

It is prudent to note that, as Muslims, we should adopt a balanced path in life, including our use of social media. We should not make the mistake of shunning new things that come our way just because they are new. Our community has suffered decades of stagnation partly due to this and it seems that only recently we have realised the importance of using modern tools to enjoin good and make a positive impact on the wider society.

With that being said, however, it is preposterous that we should wish to change the world but cannot lend a helping hand to a relative, friend or neighbour in their time of need. It may be that their needs seem trivial or that there is no perceived value in pursuing them. It may be that your helping them gets you no ‘likes’ or ‘retweets’ or your deed may not go ‘viral’. But know that the reward that Allāh has in store for those “simple” actions far outweighs many other endeavours we might consider worthy of our time and effort.

People who suffer from depression or have suicidal thoughts usually have their condition exacerbated simply because they had no one around to talk to or with whom to share their worries and fears .

The greatest gift you can give someone is your time. – Rick Warren

Muhammad Ali, the famous sports personality and role model, once chanced upon a man about to jump to his death from a building in Los Angeles. He approached the man, spoke to him and encouraged him to come back to safety. What an amazing deed.[3]

What follows are examples from aḥadīth of reaching out to fellow humans and the great reward it entails.

The Prophet (sall Allāhu ʿalayhi wa sallam) once advised ʿUmar (raḍiy Allāhu ʿanhu) to ask Owais al-Qarni to make duʿā’ for him if he had the good fortune of meeting him. Owais earned this high status simply because he used to treat his mother kindly and look after her.

Ibn ʿUmar (raḍiy Allāhu ʿanhu) said: The Messenger of Allāh (sall Allāhu ʿalayhi wa sallam) said: “Jibrīl kept urging me that neighbours should be treated well such that I thought he would make them heirs.”[4]

The Prophet (sall Allāhu ʿalayhi wa sallam) said, “He is not a believer whose stomach is filled while the neighbour to his side goes hungry.”[5]

Ibn ʿUmar (raḍiy Allāhu ʿanhu) reported: The Prophet (sall Allāhu ʿalayhi wa sallam) said, “The most beloved people to Allāh are those who are most beneficial to the people […] Whoever walks with his brother regarding a need until he secures it for him, then Allāh the Exalted will make his footing firm across the bridge on the day when the footings are shaken.”[6]

Reach out to people in the real world, put a smile on their face and build strong, meaningful relationships. This is what makes communities thrive. Daʿwah by actions has a far greater impact than Daʿwah just by words. Each of us is a representative of this beautiful din and we need to live up to it through our actions. Let us not talk about it all our lives in the virtual world without practicing it in the real world.

Previous: Raise not your voices above the voice of the Prophet ﷺ
Next: Turkey to operate largest overseas military camp in Somalia