Recipe for a Golden Age of Islām 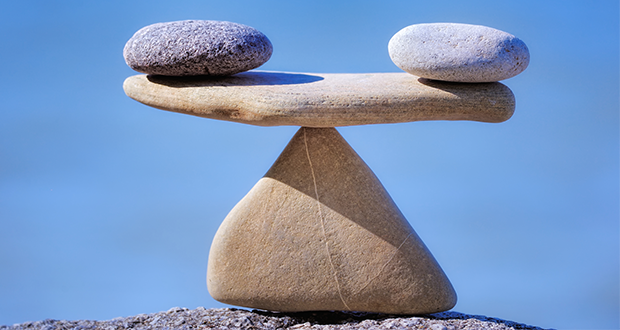 On the importance of excelling in both religious and worldly duties.

While religion today has become an issue relegated to the private realm of our daily lives, Islām has always challenged the status quo with its multi-faceted nature. As a religion, it is unique and comprehensive in the way it helps regulate all aspects of human life. But what truly distinguishes Islām from other faiths such as Christianity, Judaism, Buddhism and Hinduism, is that it does not advocate monasticism [1]; that is, it does not promote the complete renouncement of all forms of worldly pursuits in order to achieve spiritual enlightenment. Rather, the religion encourages its followers to develop themselves from a spiritual, as well as a worldly perspective. It highlights the importance of not only improving oneself religiously, but personally, socially, and educationally too, developing individuals who are able to make conducive contributions to society.

Despite this, there is a great misconception among Muslims that in order to excel spiritually, a person should adopt a one-dimensional approach to religion, and shun everything related to worldly matters, as it is deemed to be of no benefit. This is an incorrect position to adopt, because even though a Muslim’s primary obligation should be towards their religion, in order to attain paradise, they should also strive towards their worldly obligations and use that to increase their status in the Hereafter. In fact, Muslims should endeavour to maximise their potential, and be encouraged to take as much benefit from it as possible. But at the same time, they should be careful not to become attached to the world at the expense of the Hereafter, and ensure that it does not hinder their ability to carry out their religious duties. Ultimately, the key for Muslims is to strike a balance between worldly responsibilities and spiritual obligations, whilst using the latter as a foundation to not only inspire them to succeed in the world, but also be of service to humanity in the process.

The importance of adopting this balanced approach towards these two states is recorded in ahadith, and in verses of the Qur’ān. The Prophet (sallAllāhu ‘alayhi wasallam) warned his Companions (radiAllāhu ‘anhum) against monasticism [2], and addressed the importance of balancing worldly and religious duties, in order to be successful in the Hereafter. With these teachings, the Companions were not only completely devoted to Islām, but they were also able to secure economic independence and in turn, support society by means of agriculture, trade and manufacturing [3][4][5]. This is further elaborated on in the Qur’ān, as Allāh explains that although the main objective for Muslims is to seek out the bounties of the Hereafter, they should not forget their share of what is contained in the world [6], as the two are not mutually exclusive. Therefore, a Muslim should neither renounce this world, nor be so engrossed in it, as to forget the eternal life that is to come.

Islamic history is replete with examples of Muslims who embraced this balanced approach, using the teachings of the Qur’ān and the Sunnah. This not only saw them develop into some of the greatest minds in history, but their work helped to change the face of modern society around the world. The reign of the Abbasid Caliphate up until the conquest of Baghdad is considered to be one of the brightest chapters in Islamic History. The Muslims of that time made such enormous academic and inventive progress, that it is referred to as the Golden Age of Islām [7]. Their advancement and dominance in physics, mathematics, medicine and architecture, led to the Muslim World becoming the intellectual centre of that time. It was during this period that Ibn Sina penned his magnum opus, ‘al-Qānūn fil-Tibb’, an encyclopaedic overview of medicine that was used as a text of study in many medieval universities [8]. Abu Abdullāh Muhammad b. Musa al-Khwārizmi’s insights into mathematics helped him invent algebra and algorithms that contributed towards the invention of modern technology, such as the Internet [9]. Al-Zahrawi, regarded as the father of modern surgery, made innovative contributions to the field of surgical procedures and instruments [10], and Ibn al-Haytham, viewed as the founder of modern optics and ophthalmology, made pioneering efforts in mathematics, visual perception and scientific methodology [11]. However, these contributions by Muslims weren’t limited to just studies and inventions, but factored on a general appreciation of knowledge. It was during the early years of the Abbasid era that Fātima al-Fihri established the first ever degree-granting university in Morocco [12], highlighting the importance Islām places on seeking all forms of beneficial knowledge. Therefore, if Islām did not promote the importance of balancing worldly and religious duties, such feats would not have been possible by some of the greatest Muslim minds in history.

Not only did the Muslims of the past make a significant impact on advancements in academia, but through their work, they helped strengthen and elevate the status of Islām and Muslims. They were so influential that their success across various fields of science, art, theology, and technology influenced research and education in academic institutions throughout Europe. For this reason, even Western and non-Muslim social commentators have acknowledged how Muslims were once some of the leading minds in the world. French thinker Gustave le Bon believed if the Arabs of old had taken over France, Paris would have been the centre of the world’s civilization and knowledge [13]. The German orientalist Sigrid Hoeneker mentioned how the light of Islām illuminated over Western civilisation, as Muslims were some of the greatest intellectual minds in history [14]. Russian intellectual Leo Tolstoy declared that Prophet Mohammad (sallAllāhu ‘alayhi wasallam) was the light of truth, and was responsible for the advancement of modern civilisations [15]. Finally, the British writer Dr Herbert George Wells mentioned that Muslims were the pioneers and greatest contributors to modern medicine, and Islām was the only religion suited to civilisation [16].

While the Muslims of the past achieved greatness in the fields of religious sciences, worship and obedience to Allāh, they also achieved excellence within the fields of their professions, and these are the qualities that the Muslims of today should try to adopt. From an Islamic perspective, Muslims should understand that piety does not equate to living in seclusion from society, but rather, piety is fulfilling one’s religious and worldly obligations. This includes everything from raising a family, to having a job and doing what is expected from you for the people that you are responsible for. For this reason, Muslims should not only be encouraged to learn about their religious duties, but they should also be urged to strive and be successful in worldly matters. They should be encouraged to gain a good education and a good job, in order to help the society that they are a part of. At the same time they should be taught to rectify their intentions whilst performing their worldly responsibilities, in order to gain maximum reward for the Hereafter. This is especially important in Islām since every action is based on intention [17], and Muslims should aim to gain as much reward from their worldly responsibilities as possible, by always having the intention to please Allāh ‘Azza wa Jall in everything they do. It is hoped that this will not only help Muslims emulate the greatness of Muslims from the past, and pave the way for the revival of a new Islamic Golden Age, but at the same time increase their status in the Hereafter.

Share. Facebook Twitter LinkedIn Email Telegram WhatsApp
Previous Article[al-Taḥawiyyah Pt 36] Ta’wīl as used in the Qur’ān 1 of 2
Next Article In the Fiqh of the Rat Race