Rise Above Your Fear 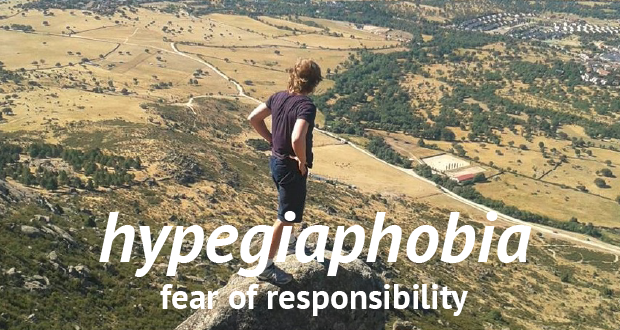 Hands up if you feel like the world is about to end at any minute. Worry not, you are probably not alone. The times we live in are chaotic and the world around us seems to get darker every day. Watching the news has become a surreal experience, as we are shown footage of injustice and destruction so bizarre and so inhuman that we are left feeling numb. Every inch of the Ummah is going through some sort of turmoil, catastrophe, calamity or disaster, and thinking about it all at once can really make you want to bury your head in the sand. The only problem is that you can’t.

Most faiths accommodate some form of extreme mental or physical seclusion. Adherents are encouraged to escape the ‘corruption’ of the world: “the world is full of evil” they are told, “here is how you can escape it.” But Islām does not grant such luxury; we have no monks or nuns or far off temples on remote mountain-tops in which we can hide from reality. Islām – for all the inner peace it grants – comes with a massive burden for every one of us to carry. We are not allowed to turn away from the ugliness of the world; we cannot hide from our troubles. In accepting Islām, we accept a great responsibility. “The world is full of evil” Islām tells us, “here is how you can change it.”

“Allāh does not burden a soul except with its capacity.”[2]

Many rightly take comfort in this verse, knowing that every challenge thrown their way can be overcome. However, the verse also implies that the stronger the person and the greater their capacity, the greater the burden they are destined to carry.

On one night the Messenger of Allāh (sall Allāhu ʿalayhi wa sallam) was shown all of the previous nations and their followers. He saw some prophets with a group of followers, some prophets with only two, some with a single man and others without a single follower, even after a lifetime of sincere dedication. The Prophet (sall Allāhu ʿalayhi wa sallam) said:

“I was then shown an immense mass of people, so I thought it may be my Ummah. But I was told: ‘This is the nation of Mūsā…’”[3]

On the day of Judgement Mūsā (ʿalayhi al-Salām) will walk ahead of the second largest Ummah (after our own). Indeed, a great shepherd, accountable to Allāh for a flock of millions; one of the largest responsibilities ever carried by a man.

But let us rewind a little and imagine the very moment this responsibility was placed on the shoulders of Mūsā (ʿalayhi al-Salām). Imagine him entering alone into the Sacred Valley, hearing Allāh (subḥānahu wa taʿālā) Himself, the Almighty, speaking to him directly:

And if hearing these magnificent words was not burden enough, Mūsā (ʿalayhi al-Salām) was then given orders to commence the greatest mission of his life:

“And when your Lord called Mūsā, [saying], ‘Go to the wrongdoing people. The people of Pharaoh. Will they not fear Allāh?’”[5]

Mūsā (ʿalayhi al-Salām) was an immensely powerful man in body, mind and spirit. So powerful, in fact, that he once accidently killed a man with a single punch.[6] He is one of the five greatest men Allāh has ever created.[7] Amongst the greatest of men, and yet a man nonetheless, so much so that when Allāh gave him this mission he could not help but feel a fear and anxiety.

Allāh tells us the response of Mūsā (ʿalayhi al-Salām) in the subsequent verses:

The anxiety of Mūsā (ʿalayhi al-Salām) is apparent in these verses. Furthermore, the reasons for his fear are both genuine and rational. Mūsā asked to be alleviated of the massive burden he was given, on the grounds of three major concerns:

I. Knowing the arrogance of Pharaoh, he was afraid of being discredited and belittled.

II. Having a speech impediment since infancy, Mūsā feared that he would be unable to deliver the message of Allāh clearly and eloquently in the intimidating court of Pharaoh. (Note: to this day, the fear of public speaking is amongst the most common of phobias).

III. And finally, the man Mūsā accidentally killed with one punch. Rushing to the defence of one of the children of Israel, Mūsā (ʿalayhi al-Salām) struck an Egyptian man killing him unintentionally. Mūsā fled Egypt and feared that he would be executed for this should he return.

By any worldly standard, these excuses are more than valid. Mūsā feared for his dignity, his reputation and his very life. When compared to the excuses we give ourselves on a daily basis, it is hard not to feel embarrassed and ashamed. Yet, did Allāh accept the reasons posed by Mūsā? Were the fears of Mūsā reason enough for him to escape his responsibility? The divine response of Allāh was as follows:

No. Allāh accepted not a single excuse because, in exchange for his fears, Mūsā was given something far greater; Allah was with him, listening.

Let us now draw our attention back to the present and the great mess that we need to attend to. When we shun our responsibilities, our duties to our families, to the poor, to the weak and the oppressed, what excuses do we give ourselves? How do we justify turning our back on the world? When we allow this Ummah to fall apart due to our inaction or indifference, what excuses will we bring before Allāh? And will Allāh accept them? The reality is that we have no excuse.

Amazingly, every singly concern Mūsā (ʿalayhi al-Salām) listed was true and valid, and unfolded just as he once feared:

“[Pharaoh] said, ‘Did we not raise you among us as a babe, and you remained among us for years of your life? And [then] you did your deed which you did, and you were of the ungrateful.’”[10]

Pharaoh attempted to belittle Mūsā (ʿalayhi al-Salām). He alluded threateningly to the ‘crime’ of Mūsā and, true to his arrogant and malicious nature, Pharaoh even mocked his speech impediment:

“Or am I [not] better than this one who is insignificant and hardly makes himself clear?”[11]

Since the beginning of creation, no greater men have walked on this earth than the Prophets of Allāh. Through their words and actions, not only did these men change their communities or the world they lived in, they changed the course of history, so that for thousands of years after they left this earth their legacy lives on. These were no ordinary men. These men were blessed by Allāh with strength, intelligence, endurance, patience and wisdom. They were blessed by Allāh with greatness. But with this greatness came responsibility. Allāh expected great things from these men (ʿalayhim al-Salām), and they fulfilled their duty to Allāh. They took on their responsibilities.

So, before we hide from the world, before we succumb to fear or intimidation, let us remember the words of Allāh:

“You are the best nation produced for mankind. You enjoin what is right and forbid what is wrong and believe in Allāh.”[14]

We need people who support those who do good with their words and wealth, those who strive for a better world and stand up for the weak and oppressed. We need to stop giving ourselves excuses. It is a massive burden and it will be difficult and we will struggle and we will be afraid. But we have no excuse, and no reason to fear, because Allāh is with us, listening and seeing.

[1] Bukhari and Muslim on the authority of ibn ‘Umar

[3] Sahih Muslim on the authority of Ibin ‘Abbas