The Fiqh of Haste 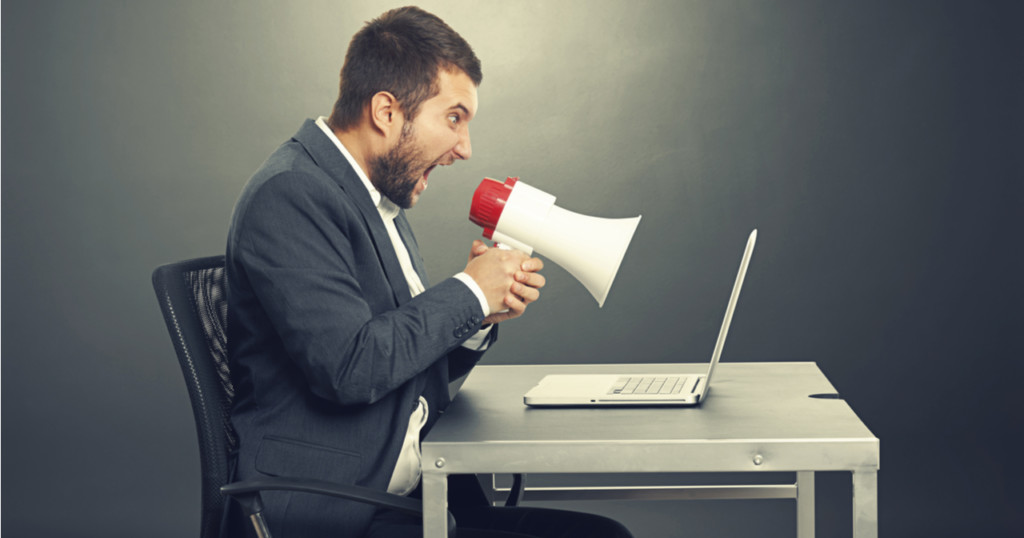 We’ve all been victims of it. I know I have. There have been times where we’ve spoken too soon or reacted without thought, immediately followed by a wish that we could take it back at that very moment. It could be that some of us are still paying the price for that one poor decision, backpedalling through its consequences. At the heart of most things we later regret – whether it’s the killing of innocent people, insults that can never be taken back, a divorce that breaks apart a family, giving up on Du’a, giving up advocating Islām, or earning from an impermissible source of income – is haste (Isti’jāl).

“The one who is in haste speaks before he knows, answers before he understands, praises before trying, and condemns after praising. The hasty person is always accompanied by regret and is far from well-being. The Arabs used to call it ‘the mother of regret’.”[1]

What makes this a significant topic is the fact that haste has been hardwired within us for wisdoms known to Allāh. In other words, our disposition as human beings includes haste.

Even the finest of Allāh’s creation – the prophets and messengers – were not completely spared from haste.

As for the Prophet Adam PBUH, it was narrated that :

As for Prophet Musa (ʿalayhi al-Salām), his story with al-Khidr is well known. Had it not been for haste, Prophet Musa could have learnt much more from al-Khidr.

“May Allāh have mercy on Musa. Had he not been hasty, we would have learnt far more stories than we did.”[5]

As for Prophet Yunus (ʿalayhi al-Salām), he walked away from his community after they had stubbornly rejected him. The decision of Prophet Yunus was one that had yet to be approved by Allāh. Prophet Yunus was then swallowed by a whale, where he would spend the next period of his life in extreme distress. Allāh would caution our Prophet Muhammad (sall Allāhu ʿalayhi wa sallam) from displaying similar haste, saying:

“Be patient for the decision of your Lord, [O Muhammad], and do not be like the companion of the fish when he called out while he was distressed.”[6]

“Do not be in haste with the Quran before its revelation is made complete to you, and say: ‘O my Lord, increase me in knowledge’.”[7]

Islām, as with everything, takes a balanced approach towards the topic of haste. It does not condemn it entirely, nor does it praise it entirely. Islām praises aspects of it whilst condemning others. We can categorise haste into two categories: blameworthy haste, and that which is praiseworthy.

This includes racing with an Imam one is praying behind, moving during his movements or even beforehand. This also includes rushing the prayer when performing it alone, which can render one’s prayer invalid.

“Go back and repeat your prayer, for you have not prayed.”

The man did so, and, having prayed, he then greeted the Prophet (sall Allāhu ʿalayhi wa sallam), who returned his greeting by saying: “Go back and repeat your prayer, for you have not prayed.” This happened three times, and on the last time the man said:

“I swear by Allāh, I can’t do any better than this, so please teach me.”

The companion Hudhaifa Ibn Al-Yamān once saw a man who was detracting from his prayer. Hudhaifa said to him:

“How long have you been praying like this?” The man replied: “For forty years.” Hudhaifa then said:

“You have not been praying for forty years, and had you died praying like this, you would have died upon other than the Fitra (disposition) of Prophet Muhammad (sall Allāhu ʿalayhi wa sallam).”[9]

This takes several forms, one of which is when one makes Du’a against himself or someone else or a belonging of his, which, if answered, will bring about grave regret.

During one of his travels, the Prophet (sall Allāhu ʿalayhi wa sallam) heard a companion curse his animal, saying:

“Who cursed his camel?”

The man said: “I did, O messenger of Allāh.” To which the Prophet (sall Allāhu ʿalayhi wa sallam) said:

“Get down from the camel. A cursed one will not join us in this journey. Do not make Du’a against your own selves, nor your children, nor your belongings. There is the possibility that your curse may correspond with a moment when Allāh responds to Du’a, and thus it is answered.”[10]

Another form of being hasty in Du’a is giving up on it altogether when one does not see an immediate response. The Prophet (sall Allāhu ʿalayhi wa sallam) said:

“The Du’a of every one of you will be granted so long as he does not become hasty by saying: ‘I have made Du’a but it has not been answered’.”[11]

How else do we interpret the disturbingly high percentage of students who never make it to the end of a lecture series, or those who give up half way through a book that they have started reading, or those who keep moving from teacher to teacher without ever completing anything worthwhile with any one of them?

“Whoever expects to attain knowledge all at once, it will leave him all at once. Rather, knowledge is attained throughout the passage of days and nights.”[12]

“I only started issuing verdicts after seventy (scholars) approved of me doing so.”[13]

Haste in securing an income and provisions

The current ‘get rich quick’ culture compels many of us to venture into the avenues of impermissible business dealings. In a display of haste, some turn to fraud, drugs, tobacco, interest, or alcohol-based transactions. They completely forget that the permissible avenues are not only open for all, but are abundantly available in number as well. The blinkers of haste applied by Satan limits their vision to the narrow and dark doors of the impermissible avenues, hence blinding them of everything else.

“Angel Jibrīl has blown into my soul (a form of revelation) saying, ‘No person shall die till they have first consumed their full lifespan and full provisions. So, be cautious of Allāh, and seek your provisions in a beautiful way, and do not let your hurry for your provisions push you to seek it via sinful ways, for that which is with Allāh can only be attained through his obedience’.”[14]

Whether it’s a family member who you’ve been advising to sort himself out for years on end, friends who are hell-bent upon their sinful ways, or the Ummah’s state that “only ever seems to be worsening” with “no glimmer of hope”, it’s very easy to fall into haste in wanting to see immediate change, causing us to throw in the towel.

Khabbab Ibn al-Aratt, a companion who was tortured immensely at the hands of the pagans for being a Muslim, said:

“We complained to the Prophet (sall Allāhu ʿalayhi wa sallam) regarding the persecution inflicted upon us by the disbelievers, while he was lying in the shade of the Ka’bah, having made a pillow of his cloak, saying: ‘Will you not make Du’a for our victory over them?’

“There were people before you who would be detained. Then, a pit would be dug for them, which they’d be placed in. Then, a saw would be placed in the middle of their heads and sawed into two pieces. Their flesh would also be torn away from their bones using iron combs, and despite this, it would not deter them from their religion. By Allāh! Allāh will bring this religion to its completion until a rider will be able to travel from San’ā to Ḥaḍramawt (two cities in Yemen) fearing none except Allāh, and except the wolf for his sheep (i.e. Muslims will govern this region, hence no one will be feared but Allāh), but you are in a hurry.”[15]

As mentioned above, Islām takes a balanced approach towards the topic of haste, not condemning it entirely nor praising it entirely. It praises aspects of it whilst condemning others. The praiseworthy dimensions of haste are outlined below.

Rushing to do good deeds

Life is so short. The competitors for paradise are so many, but our Lord is most deserving. When it comes to your journey to the Hereafter, you are in a race against time. According to the Qur’ān, the greater the goal is, the greater one’s rush should be towards it.

Not every ambition in life deserves the same amount of effort. Let your slogan in life be the words of Prophet Musa (ʿalayhi al-Salām) who said,

Rushing to restore rights to their owners

Whether what you owe is tangible like money, or intangible like an apology, do not allow another day to pass without restoring the rights of others to their owners.

The Prophet (sall Allāhu ʿalayhi wa sallam) once led the Muslims in the afternoon prayer, and after he finished, he left the mosque hurriedly and entered his home. When he reappeared, he saw the astonishment in the faces of his companions, so he explained:

“I remembered whilst I was praying that a piece of gold had remained within my house, and I disliked that it should remain with us throughout the night, so I instructed for it to be distributed.”[21]

Rushing to carry out Hajj

“Whoever intends to perform Hajj, let him hasten to do so, for he may fall sick, lose his mount, or be faced with some need.”[22]

“My life will change after I do Hajj”; “My sins will come to an end when I get married”; “My focus on the hereafter will be greater after I retire”. You would think that those who utter these words have signed a life insurance contract with the angel of death to safeguard their souls until the moment they decide to change.

A person who delays his repentance is similar to a person who tries to uproot a tree but finds it firm in its place. He says, “I will leave it a year or so then try again.” A year passes and upon his return, he finds that the tree has only grown firmer than before. We’re only getting older, and the Day of Reckoning is only drawing closer, so do not allow sinful habits to solidify any more than they already have.

“Allāh accepts the repentance of those who do wrong in ignorance and then they repent soon after. It is they whom Allāh will forgive, and Allāh is ever knowing and wise. But repentance is not accepted of those who continue to do evil deeds up until, when death comes to one of them, he says, ‘I have repented now’, or of those who die while they are disbelievers. For them We have prepared a painful punishment.”[23]

Uprooting a sinful habit yesterday would have been a lot easier than doing so today, but uprooting it tomorrow will be far more difficult.

[8] Bukhāri and Muslim, on the authority of Abu Huraira

[11] Bukhāri and Muslim, on the authority of Abu Huraira