The Treaty of Umar 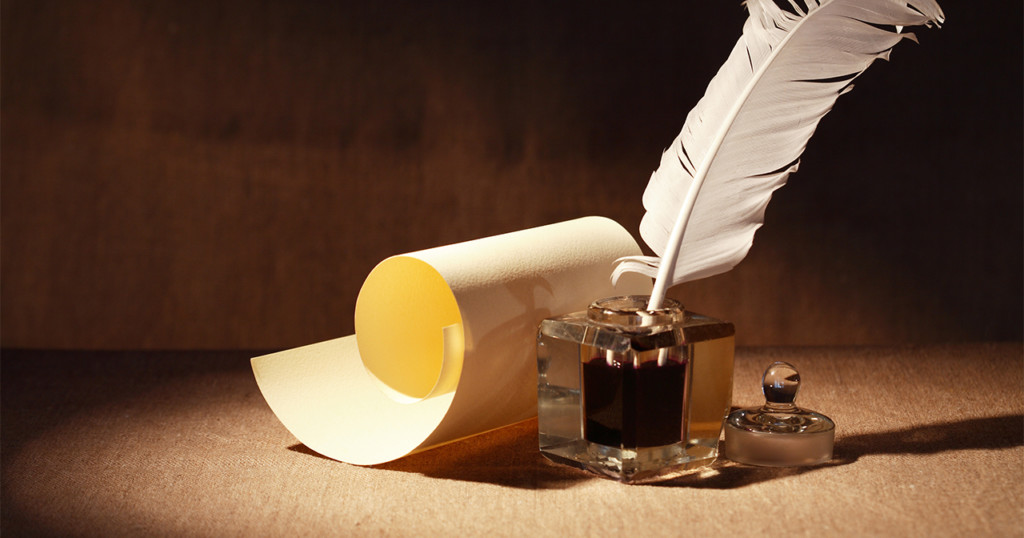 Some members of the Islam21c team recently had the pleasure of travelling to Bayt al-Maqdis (Jerusalem) and visiting our great mosque, Masjid al-Aqsā. Video footage and pictures have been made available on social media, and all of our readers are urged to go and pray in this blessed land and experience the beauty of Palestine for themselves.

The masjid compound is within the Old City, which is a walled area made up of four distinct zones: the Muslim Quarter, the Christian Quarter, the Jewish Quarter and the Armenian Quarter; although there are places of worship for each faith outside of their respective zones as well.

During a walking tour, we arrived at the Church of the Holy Sepulchre; the main Christian site in the Old City, and the place where they believe Īsā (‘alayhi salām) was crucified and buried. Here, our guide reminded us of one of the many great moments in Islamic history.

The incident relates back to 637-8 (15 Hijri), when the Muslims liberated Jerusalem from the Roman Empire, who had oppressively held the city for the majority of the preceding 500 years. The Muslims, led by Abū ‘Ubaydah and including Khālid ibn Walīd amongst others (radiy Allāhu ‘anhum), patiently besieged the city until the Byzantines surrendered, choosing to wait it out rather than spill any blood.

Upon the surrender, the Greek Orthodox patriarch Sophronius insisted that he would only hand the key to the city to the revered Amīr al-Mu’minīn (the Leader of the Faithful), ʿUmar ibn al-Khattāb (radiy Allāhu ‘anhu), who was in Madinah at the time. Thus, on hearing of this request, ʿUmar set off to the Holy City on a long journey across Arabia and al-Shām, with just one donkey and one servant. They would take turns to ride whilst the other walked.

When they finally arrived, ʿUmar entered the city on foot, out of respect and humility. He was still in the simple clothing which he had travelled in and could hardly be distinguished from his servant, much to the amazement of the Patriarch who was now facing one of the world’s most powerful people.[1] The two leaders exchanged greetings, before the patriarch led ʿUmar on a tour around the city, ending at the Holy Church of Sepulchre.

When it was time to pray, Sophronius offered ʿUmar a space in the church for the Muslims to pray, but ʿUmar refused out of fear that doing so would possibly endanger the status of the church, as future generations of Muslims may have taken that site as a permanent place of worship. Instead, according to some narrations, the Muslims cleared a space outside the church and performed their prayer there. Other narrations suggest the Muslims prayed at the site of al-Aqsā instead, a short distance away.

Some years later, just a few footsteps away from the church where it is believed that the Muslims prayed, a masjid was built and remains until today; Masjid ʿUmar. 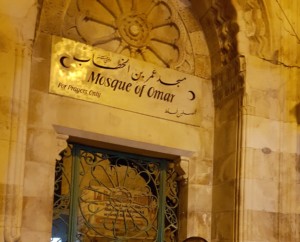 It was at this place where an agreement was drawn up to establish the rights of the local population. Whenever the Muslims conquered a land, they would draw up a treaty to ensure no rights were taken from those now under their authority. This particular agreement became known as the “Treaty of Umar” (or Covenant; Pact; Agreement) and the text still stands outside of the church, as follows:[2]

In the name of God, the Merciful, the Compassionate. This is the assurance of safety which the servant of God, ʿUmar, the Commander of the Faithful, has given to the people of Jerusalem. He has given them an assurance of safety for themselves, for their property, their churches, their crosses, the sick and healthy of the city and for all the rituals which belong to their religion. Their churches will not be inhabited by Muslims and will not be destroyed. Neither they, nor the land on which they stand, nor their cross, nor their property will be damaged. They will not be forcibly converted. And [as per the Christians’ request] Jews will not live in the same areas as them.

The people of Jerusalem must pay the taxes like the people of other cities and must expel the Byzantines and the robbers. Those of the people of Jerusalem who want to leave with the Byzantines, take their property and abandon their churches and crosses will be safe until they reach their place of refuge. The villagers [who had taken refuge in the city at the time of the conquest] may remain in the city if they wish but must pay taxes like the citizens. Those who wish may go with the Byzantines and those who wish may return to their families. Nothing is to be taken from them before their harvest is reaped.

If they pay their taxes according to their obligations, then the conditions laid out in this letter are under the covenant of God, are the responsibility of His Prophet, of the caliphs and of the faithful. 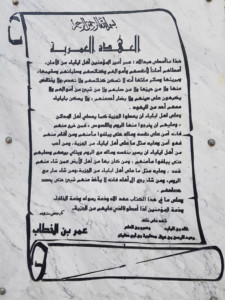 This agreement is said to have been one of the most just and “progressive” treaties in history;[3] guarantees of religious and minority freedoms were unheard of under the Romans and other empires. In fact, it was only after the Muslims’ bloodless capture of Jerusalem and the establishment of this treaty that Jews were finally allowed to enter the city and pray at their places of worship (after being banned for much of the preceding 500 years).[4]

Many others have tried to mimic nominally the justice, pluralism and tolerance of the early Muslim caliphs, greatly falling short in their real substance and implementation. Despite superficial slogans about tolerance and fairness, European thinkers and powers have had a long and well documented problem with dealing with diversity, exhibiting itself in programmes of forced assimilation all the way to violent persecutions, inquisitions and outright genocides.[5]

Around the time of the Treaty of ʿUmar, the keys to the Holy Church of Sepulchre were entrusted to a Muslim family, whose responsibility was to open and close the church at the start and end of each day; a symbol of mutual respect and a practice which continues until today.

Following this, ʿUmar and his companions went on to personally clear the site of al-Aqsā, which had been used a dumping ground by the Romans, thereby rebuilding the second masjid built on Earth as narrated from Abū Dharr (radiy Allāhu ‘anhu) who said:

Additionally, it was on this journey where Bilāl ibn Rabāh, who was also present, would pronounce only his second call to pray (adhān) after the death of the Prophet (ﷺ). It was known that following the death of the Prophet (ﷺ), Bilāl would reach the point where Muhammad’s name is mentioned (ﷺ), only to choke up with grief and be unable to complete the adhān. Thus, he left to al-Shām to fight with the army.

It is said that ʿUmar convinced him to call the adhān when he met him in Syria, and upon doing so, they all wept as they remembered their beloved messenger’s life (ﷺ).[7]

Now, for the second and final time, this would be repeated in al-Aqsā, giving Bilāl the honour of calling the adhān in the three great masājid in Islām, Makkah, the Prophet’s Mosque, and al-Aqsā. And indeed, once again, the beards of the companions would be drenched with tears as the call again evoked memories of the time of the Prophet (ﷺ).[8]