Unlock the Barakah this Ramadan 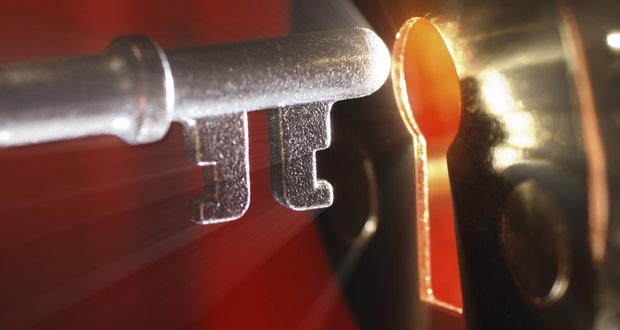 All praise is for Allāh. We ask Allāh to praise and grant peace upon the Messenger, his family and followers.

The month of Ramaḍān [is that] in which was revealed the Qur’ān, a guidance for the people and clear proofs of guidance and criterion. So whoever is present for the month let him fast through it. And whoever is ill or on a journey – then an equal number of other days. Allāh intends for you ease and does not intend for you hardship and [wants] for you to complete the period and to glorify Allāh for that [to] which He has guided you; and perhaps you will be grateful.[1]

In these ayat Allāh (subhanahu wa taʿala) tells us the significance of the month of Ramaḍān. One of the greatest favours He has given us is the Qur’an which is a guide and criterion between right and wrong.

Ramadan is a month of mercy and blessings for the believers. It is a season for worship, generosity and kindness. It is an occasion to become closer to Allah and strengthen our relationship with Him. There are plenty opportunities to please our Lord. Ramaḍān is the month to revive and strengthen our Īmān which, as all of us have experienced, goes up and down. A sign of strong Īmān is the amount of worship one does. In this month the doors of mercy are wide open and the doors of Allāh’s punishment are firmly closed. The forces of evil, the Shayātīn, are all chained up. As such, nothing stands between us and success except our desires.

Abu Hurairah narrated that Allah’s Messenger (sall Allahu ʿalayhi wa sallam) said, “When Ramaḍān comes the doors of Jannah are firmly opened and the doors of the fire are firmly closed and the Shayātīn are chained.”[2]

Once the Prophet (sallallah alai wa sallam) said to the companions, “Ramaḍān has come, a blessed month, Allāh has made it obligatory for you to fast. The doors of Jannah are opened up, the doors of Hell are closed and the rebellious Shayātīn are tied up. To Allāh belongs a night that is better than a thousand months. One who is deprived its goodness is truly deprived.”[3]

The blessings (barakah) of this month are many. To miss out would truly be an irreplaceable loss. Consider the following:

1 – Fasting Ramaḍān is one of the pillars of Islām.

2 – The Qur’ān was revealed in this month.

3 – Salat at-Tarawīh is during the nights of Ramaḍān.

4 – Laila al-Qadr is in Ramaḍān. It is a single night which is better than a thousand months – that is: eighty-three years and four months. More than a lifetime for most people.

6 – Ramaḍān is an annual expiation of sins. Abu Hurairah narrated that Allah’s Messenger (sall Allahu ʿalayhi wa sallam) said, “The five prayers, one Jumuah to the next, one Ramaḍān to the next are all expiation of anything between as long as the major sins are avoided.”[4]

Ramaḍān is not about suffering hungry days and long nights in the Masjid. It is not an excuse for laziness or weakness. To the contrary it is a time for strength and to exert one’s effort in the worship of Allāh. Two of the greatest victories for Muslims happened in Ramaḍān: the victory at Badr and the conquest of Makkah which is now the centre of the Muslim world and the focus of Muslims throughout the world.

The real purpose of Ramaḍān is to come out a better person at the end of the month as it cleans away the sins that may have accumulated over the year. At the end of the month a Muslim should hope to be forgiven and saved from the Hellfire. There are several ways of achieving forgiveness. This can be through fasting, praying at night, reading the Qur’ān, or feeding the poor.

The Prophet (sall Allāhu ʿalayhi wa sallam) said, “Whoever fasts in Ramaḍān with Īmān and seeking reward (from Allāh) his past sins will be forgiven”.[5]

To achieve forgiveness through these actions two conditions must be met:

2 – A desire for the reward from Allāh

Fasting does not only involve going hungry for the day. The objective of fasting is to gain Taqwāh, piety, by doing what Allāh commands and keeping away from what He forbids. Fasting means avoiding all that is forbidden, avoiding looking at harām, listening to harām, speaking harām. Otherwise, the only gain from fasting is hunger and thirst.

The Prophet (sall Allāhu ʿalayhi wa sallam) said, “Perhaps someone fasting, his reward is (only) hunger and thirst”.[7]

The Prophet (sall Allāhu ʿalayhi wa sallam) said, “One who does not abandon false words and deeds Allāh has no need for him to leave his food and drink.”[8]

One of the righteous said, “The easiest fast is keeping away from food and drink”.

Jabir instructed, “When you fast, let your hearing, your sight and your tongue abstain from lying and haram, and stop harming the neighbour. You should be calm and collected the day of your fast. Don’t make the day you fast the same as the day you don’t.”

To receive the desired result from Salah al-Tarawīh it should be performed calmly with humility and without haste. Two Rakah with humility and concentration are better than twenty quick ones. The quality of the Ṣalāh is more important than quantity. The Prophet (sall Allāhu ʿalayhi wa sallam) prayed for a long time at night. When he read the Qur’ān in Ṣalāh he reflected upon its meanings. The Sahaba followed the same example. They did not race to finish one Juzz in twenty Rakah. What is important is that the Qur’ān is read in a manner that the listener can follow and take heed.

Since this is the month of mercy, Allāh has mercy on those servants who are merciful to others. The Prophet (sall Allahu ʿalayhi wa sallam) was the most generous of people and yet he was most generous in Ramaḍān. This is a chance to be grateful for what Allāh has given us by giving to others in need. Sadaqāh and Zakāh are means of strengthening the ties amongst Muslims. They provide a way for the more fortunate to show the less fortunate that their suffering is felt. Fasting should remind us of the hunger of those who are constantly fasting not by choice but by necessity.

One of the righteous was asked why fasting was enjoined. He replied that it was so that the wealthy may taste hunger and not forget the poor.

Fasting, praying, feeding others will help us to enter Jannah.

The Prophet (sall Allāhu ʿalayhi wa sallam) said, “In Jannah there are rooms, the inside can be seen from the outside and the outside from the inside”. They asked, “Who are they for?” He answered, “For one who speaks good words, feeds others, fasts regularly and prays at night while people are asleep.”[9]

Ramaḍān is the month of Qur’ān. Muslims should use this month to get acquainted with the book of Allāh. If Muslims held onto the Qur’ān and followed it they would not be in this state of weakness and humiliation. The Qur’ān is a book of guidance, a manual for our entire life not just for Ramaḍān. The practice of the Prophet (sall Allāhu ʿalayhi wa sallam) was to read the whole of the Qur’ān in Ramaḍān. Many of the Salaf read it many more times than this. Some of them left other acts of ʿibadah for reading the Qur’ān showing the importance they gave to it. Reading it is not simply for barakah but for the message it conveys.

We ask Allāh to praise and grant peace upon the Messenger, his family and followers.