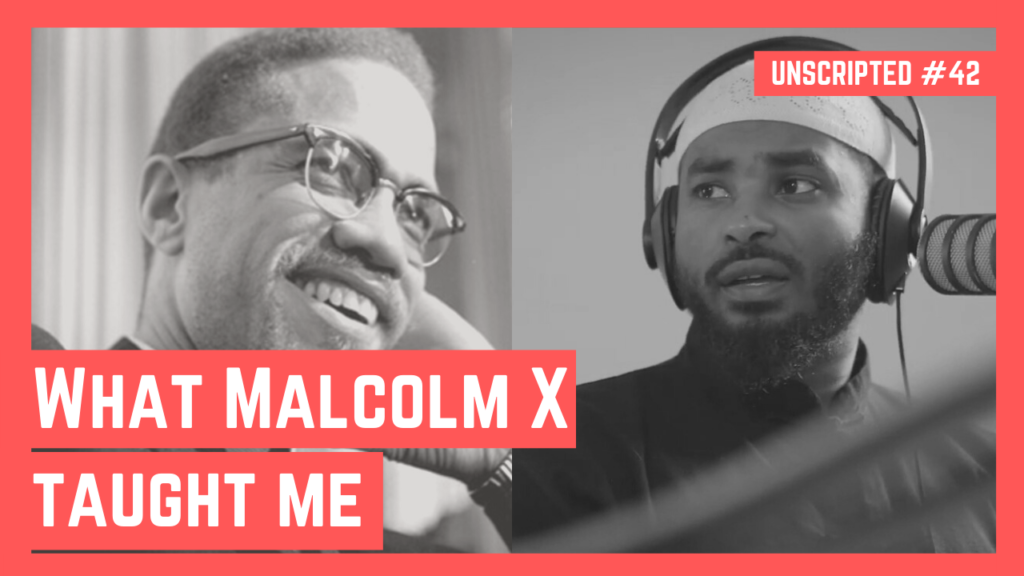 55 years after the martyrdom of Malcolm X (raḥimahu Allāhu), Shaykh Ammar AlShukry joins us on the Unscripted Podcast by Islam21c to speak about the man described “ahead of his time”, whose activism in the face of adversity helped to change attitudes towards racism and Islam in America.

The Shaykh also shares an insight into his creative background including a special performance from himself, the difference between poetry and spoken word, the weak artistry found in the Muslim community, the substitute of ‘Compliment Battles’, and the origins of his new AlMaghrib class he has developed called ‘The Venom and The Serum’ which tackles the problem of falling into sins based on Ibnul Qayyim’s Magnus Opus, ‘The Ailment and the Cure.’