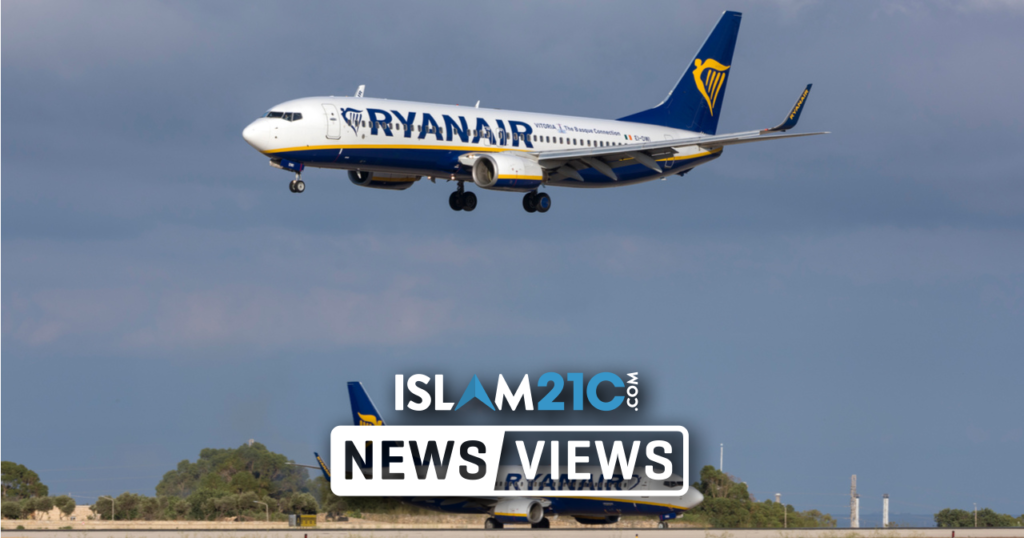 The Chief Executive of Ryanair, Michael O’Leary, has once again made the headlines with his call to racially profile male Muslim travellers. O’Leary also described customers who fail to print out their boarding passes and are then compelled to pay a 60 Euro fine as “stupid”.

O’Leary is no fool and indeed possesses a shrewd financial mind, one that called on him to make a provocative statement in an interview to receive international press coverage and wait to reap the reward. Both online and print media covered his overtly racist remarks, and news of it spread as far as Indonesia.

In 2013, O’Leary claimed, “Short of committing murder, negative publicity sells more seats than positive publicity.”[1] His comments showed his cynical calculation that customers are more concerned with price than principle.

Ryanair flies to Turkey and Morocco, both Muslim majority countries. His comments have already been reported by Daily Sabah (a Turkish newspaper) and will likely be translated into Arabic and make its way into the wider consciousness of the Arab-speaking world.

In addition, many non-Muslim consumers will also be outraged by his comments and withdraw their custom. #boycottryanair began trending, with his disgraceful comments being especially pronounced given the timing of his comments occurring in the same week as the terrorist outrage perpetrated against the Muslim community in Germany.

Whilst some people are agreeing with the racial profiling on #ryanair I just wanted to let people know the charity I work with had 21 people sleep over last night at the homelessness shelter.

Using this logic every white child in America should be profiled before going to school because "that is where the threat is coming from" 🙄
Ryanair is and always has been TRASH. https://t.co/DZXtsIFfj5

Ryanair may want to portray itself as a straight-talking airline, but what it does not want you to know is that it was voted the worst short haul airline for the sixth year running last year. Many took to Twitter to mock the airline service, which refused to pay passengers compensation for flight delay.[2]

Rory Boland, editor of Which? travel magazine, summed up Ryanair with the following comment:

“Increasingly you need a calculator to work out what the final bill will be, especially with Ryanair.

“It has spent the last two years cancelling thousands of flights, ruining hundreds of thousands of holidays and flouting the rules on compensation as well.

“The results of our survey show passengers are fed up. They should switch to one of their rivals, who prove that budget prices don’t have to mean budget service.”[3]

O’Leary reached a new low when he hit out at the need to accommodate disabled people. He once said that he resented disabled provisions at an office he built in Dublin because “the planning restrictions are a joke”.

“We have to have wheelchair facilities on every floor … it’s complete and utter nonsense.”

Cementing his spot as public enemy number one, O’Leary has also courted controversy with his previous calling for the execution of environmentalists, ironically portraying him as the “terrorist” he fears many Muslim men are.

“The best thing you can do with environmentalists is shoot them.” [4]