When the West Glorified Islam 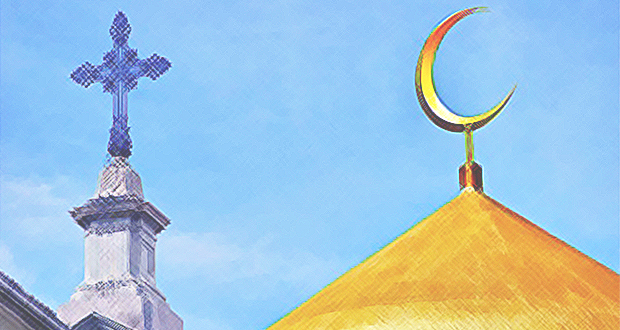 Living in an era in which Islamic values and culture are chastised and ridiculed, it may seem unimaginable that there was a time in history when this was very different as was the case in the Early Modern period in particular. In light of our forthcoming discussion that speaks of largely consistent Islamic values and traditions, logic would dictate that Western standards and culture have taken a drastic change in direction following a huge shift in mind-set.

Today, countless aspects of Islām and its culture are showered with buzzwords: ‘backwards’, ‘oppressive’, ‘primitive’, ‘extremist’ to name a few. And whilst Muslims are tutored to ‘be proud of British History’, just a brief look at it shows a blinding inconsistency with current attitudes toward Islām. One could argue, in fact, that the rising negativity towards Islām is a new phenomenon.

In the Medieval era, contact between what would become “the West” and the Islamic world was minimal. Naturally there was a great deal of ignorance and both domains were far from interested in learning about one another. Through increased cultural contact and interaction between the Western and the Islamic World, dominated then by the influence of the Ottomans during the early modern period, a dramatic perceptual change was sparked. Europeans were finally given the opportunity to explore in greater depth the faith they long brandished as the evil ‘other’.

Initially, Early Modern Englishmen received the Muslims they first encountered by their developed preconceptions or populist fantasies. Sometimes their only sources were literary tropes from popular mystery plays that were aimed at tarnishing the image of Muslims at the time. According to Dr. Nabil Matar, a specialist in 17th century English religious literature, “Preachers dramatists and poets…invented images of the Muslims that had little or no relation to Islamic civilisation and religion.”[1]

With their growing familiarity with Islām, however, English writers could not help but marvel about what Islām actually truly had to offer. One aspect of Islamic theology that they found particularly mesmerising was how the Qur’ān seemed to advocate the idea that all prophets offered the same route to God. Many Scottish and English writers also admired how Muslims practised exactly what the Qur’ān preached, a reality absent from their own faith. William Biddulph, an English clergyman during the early 17th century, is famous for his writings about the Ottoman Empire during his travels. In it he extensively encourages English readers to compare their own lives to that of ‘Turkish’ men and women.

Englishmen were also massively impressed by the extensiveness of Islamic theology, in particular Islām’s teachings governing religious coexistence, in an era in which Christian minorities were violently persecuted, let alone members of ‘foreign’ faiths. He states,

“[In the Muslim World] all men are to be saved by their own religion; so that neither Christian, Turk, nor Jew can curse either’s faith, but, upon complaint to the magistrate, you may have them punished.”[2]

The principles of religious coexistence also had an impression on English Christians who were left to freely practice the tenets of their faith within Muslim lands. The Quakers were one such minority group which acknowledged the treatment Muslims leant to their minorities in comparison to the Anglican Establishment which violently persecuted them during the reign of Charles II.

Beyond the rules of coexistence, George Sandys, an English writer and traveller during the early 17th century revealed his admiration and appreciation of the respect Muslims showed their elders:

“The Turkes do greatly reuerence their parents (so commanded to do by their law) as the Inferior his Superior, and the young the aged, readily giving the priority to whom it belongeth.”[3]

Sandys himself acknowledged that this practice was derived purely from “their law”, in other words the Qur’ān.

Stubbe’s book was not just a cliché imaginary satire, rather it was a book produced as a result of thorough research, scholarly erudition and genuine admiration. It is difficult to know why Stubbe decided to defend Islām with such passion, but what is certain is that his zeal in shedding new light on the ‘newly discovered’ faith leant him the title of ‘the 17th Century Defender of Islam’ by contemporary writers.

From the very first pages of the introduction into the early life of the Prophet (sall Allāhu ʿalayhi wa sallam), Stubbe stated that the Prophet displayed:

suggesting that from his infancy the Prophet was destined to become a great and influential figure in human history. Stubbe also praised the treatment Muslims exhibited toward the Christians, especially amidst their relentless persecution at the hands of the Persians:

“The Christians who had been so persecuted by the Cosroes… according to the humours or interests of the Governours, were glad of his rise, and magnified his undertaking”[5], with Stubbe, portraying Prophet Muḥammad (sall Allāhu ʿalayhi wa sallam) as a liberator and his advent as being much-anticipated by Christians of that era. Not only did Stubbe speak in admiration of the Prophet (sall Allāhu ʿalayhi wa sallam), but he took a specific and notable interest in his companions such as ʿAlī b. Abī Ṭālib (raḍiy Allāhu ʿanhu), and heavily praised his person as, “…humble and affable: of an exceeding quick wit, and of an ingenuity that was not common [sic]”.[6]

During the Early Modern period, views on the gender roles of both Muslim men and women in particular stand out. There was a dissolution of moral and sexual restraint among their population in a time of political and economic unrest. The English believed that such cultural and societal change threatened Christendom and thus they began to present the “Turkes”, i.e. the Muslims, as an ideal model for how the English should conduct themselves. Alexander Ross (1590-1654), a Scottish writer and controversialist, writing during the mid-17th century praised the modesty of Muslims. Suddenly the Muslim moral code began to be seen as the saviour of western social construct and harmony,

“[We] are much taken with moral outsides, whereby the Turks exceed Christians; for they are more modest in their conversation generally than we; men and women converse not promiscuously, as among us.”[7]

After all, the Qur’ān, and thus the Islamic moral code, preserves the integrity of society through its protection of the family unit – guiding men and women to modesty and God consciousness.

“Tell the believing men to reduce [some] of their gaze and guard their private parts. That is purer for them. Indeed, Allāh is Acquainted with what they do.

From a brief outlook on the English Early Modern Period, which includes the ‘Age of Discovery’ —the cornerstone of the contemporary western system—we can conclude that Muslim men and women were seen as models to be followed and their modesty and matrimonial ideals admired. Commenting on this, Matar states that, “…by the second half of the seventeenth century, English writers and travellers began to realise that [the English] could never be moulded like their Muslim counterparts.”[9] So in the end, it was merely wishful-thinking, and the rapid societal change during this time made the consistent and reputable standards set by Muslim men and women impossible to meet.

Though it is evident that Islām was held in high esteem by some learned individuals during the Early Modern period, we must be fair and rational in saying that it was still demonised in places before, during and after that period.

“For example, take Lord Cromer, a British leader in Egypt, who accused the Egyptians of degrading women through veiling and seclusion, whilst he simultaneously worked to end the pre-existing Egyptian practice of training women to be doctors.”[10]

The reasons for this demonisation, however, are similar to today, rooting from the fear of otherness and culminating in reactionary self-preservation in the face of a powerful, wealthy and advanced Muslim World.

We could even go as far as saying that much vilification by other English authors was possibly out of envy. Perhaps, it is because Muslims preserved their ideals alongside their advancement and did not see their coexistence with the ‘other’ a cause for concern. Aside from the concerted vilifier of the religion, many historically illiterate observers will naturally blame what they see as the contemporary regression of the Muslim world on the values the Muslim’s hold.  Ironically, the contemporary Muslims’ image as inferior and weak is thus blamed on their once-admired values and customs.

Today’s absence of the successful Muslim states (and communities) that sport these traditions further prevents some of the genuine attitudes towards Islām and the Islamic World developed during the Early Modern Period. The curiosity, interest, appreciation and respect during that interesting period is demonstrated by the sheer number of books written by English authors who travelled to the Middle East and North Africa, beyond those mentioned above. If this scratching of the surface of one period shows anything, it is that the hostility some seek to foster with Islām need not be taken for granted.