Structure & Order in the Face of Chaos 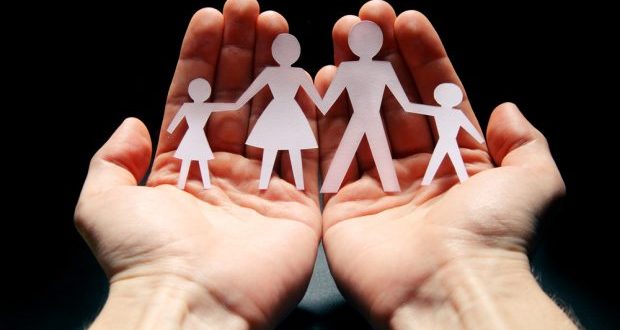 The Dīn of Islām, being the perfect way of life that it is, is one which raises mankind upon the most noble of characteristics and prestigious of traits. Amongst these countless characteristics of goodness which it seeks to nurture within people are those that pertain to being ordered, systematic and regulated in every matter of life, whilst at the same time, discouraging us from being disordered, unrestrained and chaotic. When one looks into both the natural and religious laws of Allāh one only sees order, regulation and systematic processes.

Allāh has created the universe and endowed it with characteristics of order and regulation, and said about it:

“He to whom belongs the dominion of the heavens and the earth and who has not taken a son and has not had a partner in dominion and has created each thing and determined it with precise determination.”[1]

“And everything with Him is by due measure.”[2]

He created planets that travel at precise speeds, within precise orbits that they do not exceed in the least. Allāh said,

“It is not allowable for the sun to reach the moon, nor does the night overtake the day, but they all float, each within an orbit.”[3]

As one stares in wonder at the observable universe, one finds himself overpowered by the āyah which reads:

“You do not see in the creation of the Most Merciful any inconsistency. So look again; do you see any disorder?”[4]

If the crust of the earth were any thicker, then an excessive amount of oxygen would be transferred to it from the atmosphere. If it were any thinner, the resulting amount of volcanic activity would make life impossible.

If the speed at which the earth revolves was any slower, the temperature difference between day and night would grow enormously. If it were any faster, then atmospheric winds would reach enormous speeds, and cyclones and storms would make life impossible.

If the thickness of the ozone layer was any greater, the Earth’s temperature would fall enormously. If it were any less, the Earth would overheat and be defenseless against the harmful ultraviolet rays emitted by the Sun.

Furthermore, the Earth’s angle of inclination to its orbit is exactly 23 degrees. It is this inclination that gives rise to the seasons. If this angle were any greater or any less than it is now, the temperature difference between the seasons would reach extreme dimensions, with unbearably hot summers and bitterly cold winters.[5]

The universe has evidently been established upon the laws of order, regulation and systematic processes. As Allāh said,

We then turn our attention to the laws of Allāh within Islām and we spot the exact same phenomenon; laws that are purposely ordered, regulated and systemised.

As for the Qur’ān, Allāh said,

“All praise is due to Allāh, who has sent down upon His Servant the Book and has not made within it any crookedness.”[7]

“So hold fast to that which is revealed to you. Indeed, you are on a straight path.”[8]

The laws of Islām are ordered, divinely planned and miraculously arranged, and a closer look at these laws reveals innumerable indicators of this/

If we talk about Salāh, we find that their prescribed times are of immense precision and order. When dawn breaks, the time for Fajr – the first prayer of the day – has arrived.

This prayer must not be delayed beyond the time such that the length of shadows become twice the length of objects, but when the sun sets, the time for the sunset prayer – the fourth of the five – has arrived.

When the red afterglow of the sky has disappeared, this indicates the beginning of the time for the ʿIshā prayer – the last of the five. A tremendous display of order and precise regulation.

As for the pillar of fasting, the exact same can be said. The break of dawn demarcates a time when every single Muslim withholds from food, drink and marital relations, whilst the setting of the sun demarcates the end of the fast. Take a look at Muslims worldwide who are a single minute away from the setting of the sun in their respective cities, and yet, not a single fasting Muslim will be eating until those 60 seconds have passed. This is yet another remarkable indication that Islām is the Dīn of order and system.

We turn to the arrangement of Muslims as they pray, and we find the exact same theme. The Prophet (sall Allāhu ʿalayhi wa sallam) would say,

“Make your rows straight, stand shoulder to shoulder and close the gaps, and do not resist your brothers’ hands.[9] Do not leave any gaps for the Shaytān. Whoever completes a row, Allāh will reward him, and whoever breaks a row, Allāh will forsake him.”[10]

“I saw men standing shoulder to shoulder, knee to knee, ankle to ankle.”[11]

Thus, the Muslims bow together, prostrate together and do not move beyond the line or behind it, as they stand behind the same Imām, praying toward the same direction.

The same theme of order, regulation and systematic procedure is found in Hajj. The circumambulation around the Kaʿba is to begin from the black stone and to end at the black stone. As for the movements from the two cliffs: it is seven bouts which begin from Mount Safa and end at Mount Marwa. No additions and no subtractions. As for the pelting of the Jamarāt, there is also a precise procedure, beginning with As-Sughra, then Al-Wusta, then Al-Kubra.

The exact same can be said about the Islamic laws of buying and selling, loaning, farming, business ventures, marital disputes, penal code, combat and war, peace and arbitration; they are laws that are characterised by tremendous order, regulation and miraculous arrangement.

This is it. A way of life – Islam – that clearly nurtures us to be people of order, discipline and structure, whilst deterring us from being chaotic, disordered and rash.

Keeping the above in mind, we are now ready to ask:

Are our lives characterised by such a theme? More importantly, are our journeys to Allāh and the home of the Hereafter characterised by such a theme? Or have we surrendered to the routine of everyday life to a level where, in actual fact, we have no clear goals set in our lives, no clear vision for the future and no precise strategy for the Hereafter?

I address not only that small minority who choose to detonate themselves in the middle of a market place, or kill indiscriminately, or seek to allegedly ‘restore the dignity of Muslims’ by carrying out some of the vilest actions, but I speak also to the masses amongst us who do not live ordered, structured and carefully thought out lives. Such an article reprimands both groups and says to them: Chaotic, spontaneous, reckless and unplanned behaviour is not what Allāh wants from us, and the laws of Islām, in fact, the laws of the entire universe are proof of this.

Imagine our situation if Allāh had created this universe without order, system and precision. Imagine a universe of randomness, chaos and disorder, where the sun rises and sets at unpredictable times. Imagine if the sun appeared for 10 minutes on one day and for the rest of that day we had darkness. Then, on the next day, it was daytime for 23 hours and then the moon appeared only for the last hour. What type of life would we be left with? A life of unimaginable physical and psychological suffering.

Similarly, we ask: What type of afterlives will you and I be left with if we lead similar lives of disorder, chaos and unplanned schedules? The answer will be no different: An afterlife of unimaginable physical and psychological suffering.

With this said, these characteristics of order, system and regulation which we witness within the laws of the universe and within the laws of Islām must now be reflected in your everyday lives: in the hours which you sleep; in your activities by day; in your relationships with people; in your conduct in both the public and private domains and in how you behave with your free time.

Do not be a reactionary individual who passively waits for the circumstances to grant permission and opportunities to randomly appear. Should he hear that a lecture has been organised he attends, but should it not exist, he does nothing. He waits for a teacher to appear to teach him Islām, but should he not appear, he remains inactive, taking each day as it comes.

Be an ordered, regulated and structured Muslim who creates the circumstances and builds the opportunities. Let us do this by first identifying Paradise as the long-term objective. After doing so, assess yourselves as per who you are as an individual and what strengths Allāh has gifted you with. After this, put together precise and measurable short-term goals that will hand you over to that long-term objective of Jannah.

[9] Abū Dawūd said: What is meant by “Do not resist your brothers’ hands” is that a man should be easy-going if his brother pushes him forwards or backwards to make the row straight.

[10] Narrated by Abū Dāwūd, on the authority of Ibnu ʿUmar

[12] Narrated by Bukhāri, on the authority of Anas