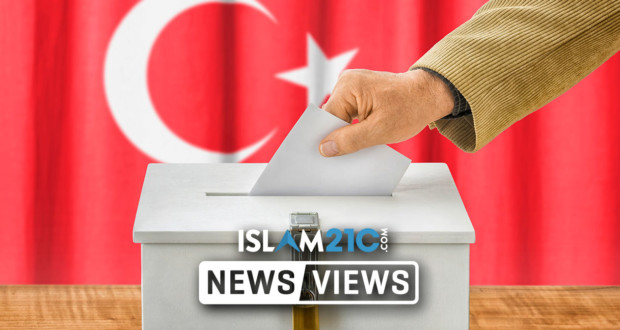 AK Party triumph in Turkey for the 15th election running

Despite challenges, smear campaigns and economic harassment by world powers, the AK Party will control 56% of all Turkish municipalities as it triumphs in Turkey’s elections for the 15th time running.

The victory presents yet another astounding success for the AKP and their leader, the president of Turkey, Recep Tayyip Erdoğan, who has led the party to electoral success for 17 years consecutively, transforming the Muslim nation into a world power on economic, military and diplomatic fronts.

“Turkey has completed March 31 local elections with democratic maturity,” Erdoğan said in a speech made earlier in Istanbul, “AK Party is the winner by far as it has always been since Nov. 3, 2002 elections when it won for the first time.“[1]

With 99.89% of the ballots counted, the AK Party along with their partners, the MHP in the People’s Alliance, have garnered 51.63% of the local mayoral and provincial vote, while the CHP and IYI Party of the Nation Alliance have taken only 37.55%.[2]

On the other hand, in reference to the preliminary electoral results in Ankara, the General Secretary of AK Party, Fatih Sahin, told reporters that AK Party has ‘striking findings’ to object the results. [4]

Turkish citizens headed to the polls to take part in the first local elections since the country adopted the presidential system of governance in a 2017 constitutional referendum. Voting started at 7am and continued through to 5pm local time.

Millions of Turkish voters cast their ballots to choose their mayors, councillors, and neighbourhood officials (Mukhtar). The elections have been considered a crucial test for President Recep Tayyip Erdogan and the governing Justice and Development Party (AKP), following the recent economic downturn and the devaluation of the Lira.

Financial speculation and international interventions, seeking—according to the President of Turkey—to destabilise the economy ahead of the elections were trying times for the AK Party, and a gift to its largely divided political rival coalition, comprising the secularist Republican People’s Party, the CHP.

The local election took place in all of Turkey’s 81 provinces, electing more than 2,500 mayors and 20,500 municipal councillors amongst thousands of others contesting.[5] This election had more than one million candidates, across all positions and parties.[6] In total six of Turkey’s political parties contested in the local elections, including the ruling AK Party, which has been continually successful off the back of its transformative accomplishments for the republic since coming to power in 2002. The Kemalist CHP, the nationalist MHP, the Kurdish HDP, the secularist IYI Party and the Islamic Felicity Party also contested the vote.

The AK Party ran alongside the Nationalist Movement Party (MHP) in an alliance known as the People’s Alliance, and the CHP and IYI Party in the Nation Alliance. The remaining parties ran without an official alliance.

Turkey holds local elections every five years. In the previous election in 2014, the AK Party were victorious, taking control of both Istanbul, Turkey’s largest city, and Ankara, the Turkish capital. Istanbul is not only the country’s most populous city, but also the nation’s financial hub, spanning both the Asian and European continents. The mayoral position in Istanbul is likewise symbolic, ever since the much-admired sitting president became mayor of the metropolis in 1994 for four years, before becoming the Prime Minister in 2003 and President in 2014.

The 2019 local elections follow two landmark elections and a referendum. In 2017, 51% of Turks voted in favour to change the political system, from a Parliamentary Republic to that of a Presidential Republic, with President Erdogan elected the head of government and state. 2018 marked the first presidential elections following Turkey’s transition to an Executive Presidency. President Erdogan was re-elected with 52% of the vote and his party, the AK Party, in an alliance with the MHP, were able to regain their majority in the Grand National Assembly.