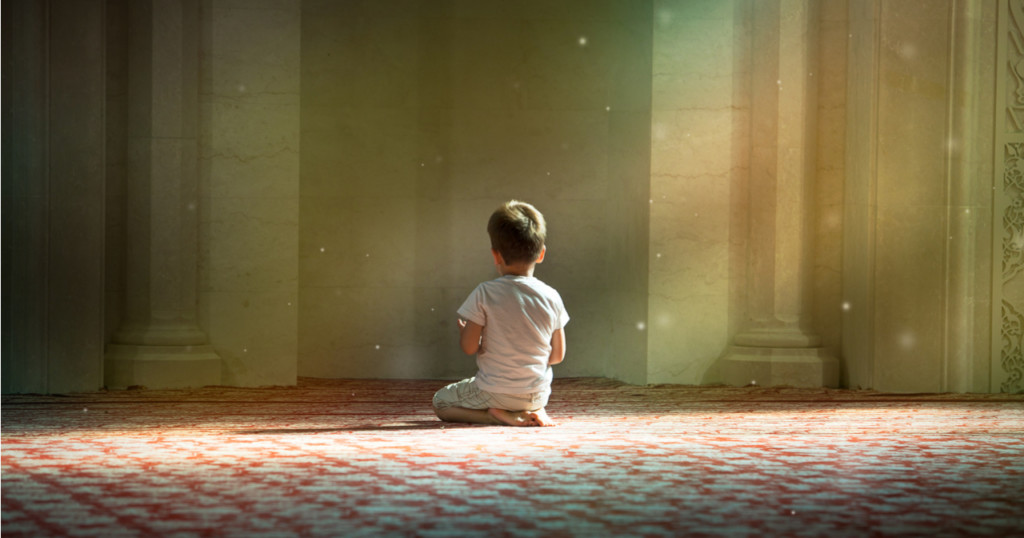 “My Lord, make me an establisher of prayer, and from my offspring. Our Lord, and accept my supplication.” [1]

Take it as a rule: Whenever you come across the name of the Prophet Ibrāhīm (ʿalayhi al-Salām) in the Qur’ān, or across a Duʿā that he had made, then make sure to give it your full attention. He is, undoubtedly, the greatest of humankind after the Prophet Muhammad (sallAllāhu ʿalayhi wa sallam), a man so beloved to Allāh that he would be nicknamed ‘Khalīlullāh’/ the close friend of Allāh. In fact, our own Prophet Muhammad (sallAllāhu ʿalayhi wa sallam) loved the Prophet Ibrāhīm (ʿalayhi al-Salām) so much that he named one of his sons ‘Ibrāhīm’, and suggested that Abū Musā al-Ashʿarī should name his son similarly as well.

“I saw Mūsā who was a thin person with lank hair, looking like one of the men of the tribe of Shanū’a; and I saw ʿĪsā who was of average height with a red face, as if he had just come out of a shower. As for Ibrāhīm, I resemble him the most from his offspring.”[2]

So excellent was the example that Ibrāhīm (ʿalayhi al-Salām) had set that it was, according to Allāh, an example for the Prophet Muhammad (sallAllāhu ʿalayhi wa sallam) himself. As Allāh said:

“Then, We revealed to you, [O Muhammad], to follow the religion of Abraham, the upright one.”[3]

We, too, are obligated to find inspiration in him. Allāh said:

“There is, for you, an excellent example in Ibrāhīm and those with him.” [4]

In fact, Allāh has condemned those who turn away from Ibrāhīm’s (ʿalayhi al-Salām) footsteps using the harshest of terms, saying:

“And who would be averse to the religion of Ibrāhīm except one who makes a fool of himself.” [5]

Despite the fact that the Islām of every prophet was pristine, when the topic of monotheism appears in the Qur’ān, Ibrāhīm’s (ʿalayhi al-Salām) name appears in a noticeably obvious fashion. The heart of Ibrāhīm, his attachment to Allāh, his yearning for closeness to Him, and unconditional surrendering to Allāh was something else. I mention all of this to reinforce the initial point:

Whenever you come across the name of Prophet Ibrāhīm in the Qur’ān or across a Duʿā that he had made, then make sure to give it your full attention, for Allāh documented it within the Qur’ān for mighty reasons.

Let us take a closer look at the Duʿā:

“My Lord, make me an establisher of prayer…”

Prophet Ibrāhīm’s (ʿalayhi al-Salām) request was not merely to be amongst those who pray, but to be “an establisher of the prayer.” One may physically carry out the act of Ṣalāh, but in Allāh’s Eyes, it has no worth, having fallen short in key components. The Prophet (sallAllāhu ʿalayhi wa sallam) said:

The reward varies from person to person according to how well they established the prayer, even though they both may have carried out an outwardly identically looking prayer.

So what does “establishing the prayer” actually encompass? Amidst other matters, it encompasses:

With this, we understand why some complain that the prayer is not shielding them from sins and bad habits as the Qur’ān promises. Reread the verse below to discover the reason:

“Recite what has been revealed to you of the Book and establish prayer. Indeed, prayer prevents immorality and wrongdoing…”[7]

Yes, the Qur’ān has promised that Ṣalāh will actively guard you from the harassment of sins, but not just any Ṣalāh – an “established” Ṣalāh. Not just any visit to the gym will improve health, but the visits that are regular, where one carries out the correct exercises. Similarly, not just any prayer will ward away sinful tendencies, but a prayer that has been “established”. This was precisely Ibrāhīm’s (ʿalayhi al-Salām) request from Allāh.

“My Lord, make me an establisher of prayer, and from my offspring…”

In a world of ever-evolving distractions and relentless competitors who race to raise our children on our behalf, more and more parents are complaining of their children’s lethargic approach to Ṣalāh, saying, “If I don’t tell them to pray, they won’t!” Indeed, it is a valid concern.

“Whoever takes care of his Ṣalāh, it will be for him a source of light, an evidence, and a means of safety of the Day of Judgement. As for the one who does not take care of it, he will have no light, no evidence, and no safety, and will be resurrected with Qārūn, Firʿawn, Hāmān and Ubay b. Khalaf [the worst of all creation].” [8]

What does a person who upholds his prayer gain? The person gains the most hopeful good deed, after Islām, that a person could possibly present to Allāh on the Day of Judgement.

To the contrary, then, just how much does the one who misses his prayer actually lose? The answer: everything that constitutes as success, in this world and the next.

This is precisely the issue which Ibrāhīm (ʿalayhi al-Salām) strove to nip in the bud by including his children in his plea to Allāh: “…and from my offspring”.

Should you repeat this Duʿā, and should Allāh accept it from you, your child will grow to prefer not to miss a single prayer. They will make time for it regardless of their challenging settings, their coursework and exams, work, and other circumstances. Ṣalāh will become the joy of their lives, and there will be no other way to express their attachment, other than the words of our Prophet (sallAllāhu ʿalayhi wa sallam):

“…And the happiness of my life has been placed in prayer.” [9]

“Our Lord, and accept my supplication.”

Benefits to keep in mind

If one’s Ṣalāh—the pillar of Islām that requires most commitment—is on point, then we can expect that one’s fasting, Hajj and Zakāh will also be on point by means of necessity. Consider the life of a drug dealer, a gambler, or a fornicator: it was only when an established prayer went missing from their lives, that the dam of sins managed to crack open.

This exact link between the pursuit of sins and the neglect of prayer is mentioned in the Qur’ān:

“But after them came an evil generation who neglected prayers and pursued desires. So they will plunge into Hell.”[11]

In the majority of mediation cases between married couples that I’ve been involved in, where the complaint made by either or both parties was severe, I ask the question: “Tell me about your commitment to Ṣalāh”. The response is usually deflating. When one of the most basic of commitments to Allāh is damaged, what hope does one have in fulfilling any other commitment in life?

What this means is that Allāh protects the one whose prayer is established from multiple harms, both religious and worldly. For this reason, we can conclude by saying:

Asking Allāh for an established prayer is one of the most comprehensive Duʿās.

2: Asking for an accepted Duʿā

Many times, our prime focus when making Duʿā is on the desired outcome. Our predecessor’s approach was starkly different, focusing on the Duʿā itself. Are the mannerisms of Duʿā there? Are there hurdles to an accepted Duʿā present? Has Allāh registered my Duʿā as an accepted act of worship? Consider the words of Ibrāhīm (ʿalayhi al-Salām) above: “Our Lord, and accept my supplication.”

However, why weren’t they too concerned about the desired outcome?

The logic is remarkable. Allāh has already made promises in the Qur’ān that Duʿā will be answered. If, however, Duʿā isn’t answered, then it must mean that the Duʿā itself was lacking in one way or another, and hence the companions busied themselves in correcting their Duʿā, focusing on questions such as:

As you implore Allāh, beg Him to accept your Duʿā as well.

3: Don’t forget about your family

A one-man-show can only achieve so much, but team efforts go a long way. Similarly, your own good deeds can only take you so far But when you positively influence people, starting with your children, then they can become an extension to your legacy and a continuation of good deeds after your death. You have a stake in their righteousness; hence in every Duʿā of yours, do what your father Ibrāhīm (ʿalayhi al-Salām) did: end with “and from my offspring”.

[2] Al-Bukhāri, on the authority of Abu Huraira

[8] Narrated by Al-Haythami in his ‘Majma’ Az-Zawā’id’, on the authority of ‘Abdullāhi Ibnu ‘Amr

[9] AnNasā’i, on the authority of Anas