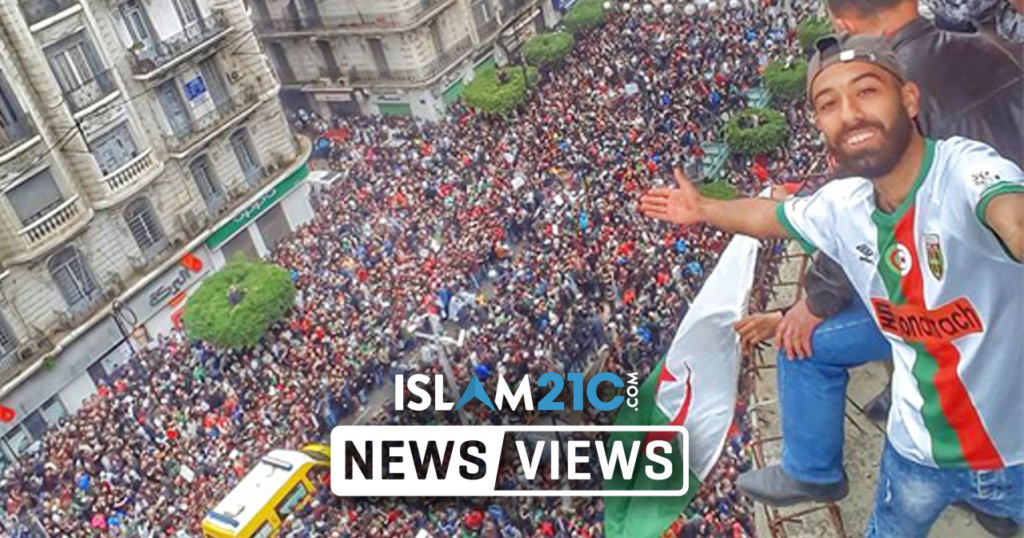 Hundreds of thousands of people across Algeria have taken to the streets to demonstrate against president Abdelaziz Bouteflika despite his announcement that he will not seek a 5th term and will instead delay the election.

The protests, known as the Algerian spring, began as a rally on February 22nd but have morphed into mass demonstrations across major towns and cities, the largest of its kind in recent years, in a sign of popular frustration against the 82-year-old autocrat who hasn’t been seen in public since 2013, and is in such poor health that he has been confined to a wheelchair.

Bouteflika, who has been in power since 1999, announced that he would be contesting the presidential elections for a 5th term, an election that international observers say he is bound to win due to the regime’s control over an electoral process that gives little room to opposition parties, favouring the incumbent FLN regime.

However, on Tuesday the ageing autocrat announced that he would not run in the elections and instead would delay the April 18th elections. “There will be no presidential elections on April 18,” Bouteflika said, adding that he was responding to “a pressing demand that you have been numerous to make.” [1]

Bouteflika’s announcement has not eased the demonstrations, rather they have been intensified and have taken on a celebratory tune upon hearing the president’s announcement. The latter has been interpreted as a success of the demonstration’s tactics, an occurrence that would usually be met with the regime’s brute force of the military and security forces.

Bouteflika also announced that a national conference would be held on political and constitutional reform that is to be carried out by the end of April. This, however, has failed to convince the populace of any meaningful change, as they believe that the FLN’s grip on all the state’s institutions means the continuation of an inefficient bureaucracy and deeply rooted corruption.

“Even if this is a beautiful victory for the Algerian people and the gesture was there, I do not believe that the entire regime and its system is going to collapse,” [1] said Dalia Ghanem Yazbeck of the Carnegie Middle East Centre.

“This is a regime that is composed of different strata and circles of power. You have the [ruling party] FLN apparatchik, you have the bureaucracy, political and military leadership and you have business tycoons.” [1]

Shortly after Bouteflika’s announcement, prime minister Ahmed Ouyahia resigned from his position and was replaced by inner circle member and former interior minister Nouredine Bedoui. These recent moves however have failed to appease the demonstrators, who continue to demand that Bouteflika step down immediately.

“This is not a victory for the people because Bouteflika’s measures are not consistent with the people’s will. We have asked for his departure, for a democracy and a state of law, and a real change of regime. This is not what we got,” said Abderrahmane, cofounder of an Algerian NGO. [2]

The demonstrators argue that Bouteflika does not intend to step down immediately and that his recent moves are prolonging his resignation. “Algeria is turning into a monarchy against the people’s will,” [2] said Sabeha, a 30-year-old protestor in Algiers, adding that “We are now dealing with a president so eager to cling on to power that he will stay in office until a date nobody knows.” [2]

Despite the lateness of the “Algerian Spring”, the demonstrations have the advantage of benefiting from the mistakes and crackdowns of the general Arab spring that swept across the Middle East and North Africa in 2011.