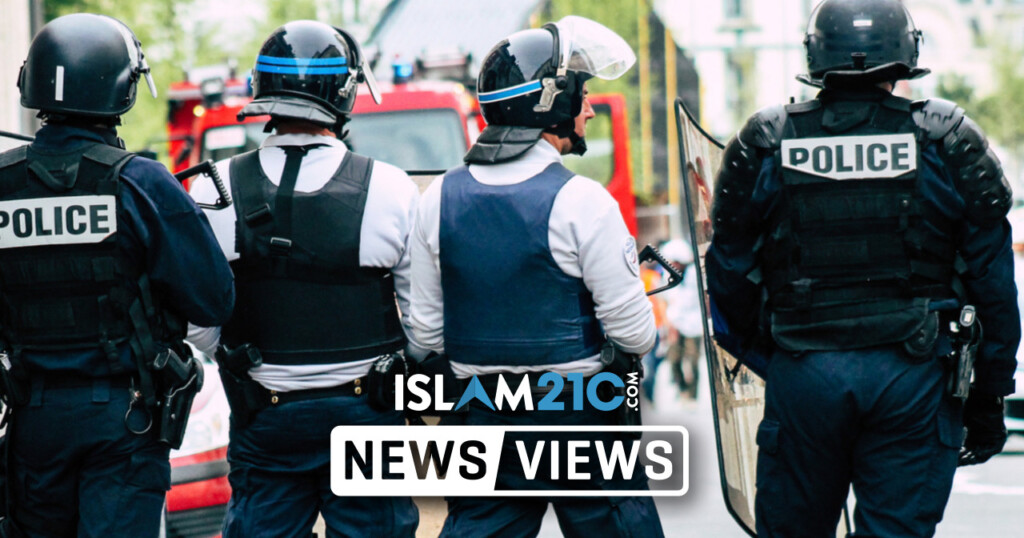 The secular state has used the murder of a school teacher as an excuse to clampdown and seek to dissolve the organisation, which has been a strong voice for the Muslims of France against the government’s increasingly Islamophobic policies.

Announcing their plans to expand, they also called on the global community to raise awareness of the situation of Muslims in France.

As Muslim Human Rights Defenders, we no longer feel safe in France

It has been a week since a terrorist took the life of professor Samuel Paty, a history teacher in Conflans-Sainte- Honorine, near Paris. The killer claimed he wanted to take revenge, after a video was disseminated on social networks, claiming Pr Paty discussed Charlie Hebdo’s cartoons of Prophet Muhammad in the classroom.

Since then, there has been an unprecedented crackdown on islamic organizations, all over the country. Minister of Interior, Gerald Darmanin, conducted 53 raids on Muslim NGOs and mosques, which admittedly had nothing to do with the attack, just within a few days. The state, he said, conducted these raids “to send a message”.

Our organization, the Collective Against Islamophobia in France (CCIF), whose work is to assist thousands of victims of hate crime and discrimination, has also been a target, designated by the government as an “Enemy of the Republic”. Minister Darmanin also announced that the government wants to dissolve the CCIF.

We showed how the state of emergency (enacted in 2015), while unfortunately failing to address terrorism, has infringed on fundamental freedoms for all citizen, as raids on thousand Muslim homes resulted only in a stronger securitization and stigmatization of communities. We have challenged the burkini ban in 30 cities across the country in 2016. We have supported victims of hate crimes and discrimination successfully, over the last 16 years, gaining momentum and support, nationally and internationally.

We have raised awareness on the way Muslim communities are treated in France and how, through an exclusive and misguided use of “laïcité” (a French principle of state secularism), a growing racism has targeted Muslims, criminalizing and labelling moderate and orthodox religious practices as “signs of radicalization” (praying frequently, growing a beard, increasing religious practice during Ramadan, etc.), resulting in violations of Fundamental Freedoms, such as Freedom of Religion or Belief and Freedom of Association.

Through these cyclic controversies around Muslims (especially targeting women wearing a headscarf), we have exposed the way France upholds a double speech, between the image it wants to project at the international level (“the country of human rights”, “Liberté, Egalité, Fraternité”) and the actual reality ethnic and religious communities have to go through, which is much less flattering, as reiterated by international observers and national equality bodies.

Today, as independent Human Rights defenders, we pay the price for our work.

For the past 7 days, since the French government has announced it wants to dissolve the CCIF, we have been targeted by tens of thousands of messages on social networks, mainly insults and death threats from the far right, without any intervention of the State to protect us.

We are used to handling some level of controversy on social networks, as any anti-racist organization. But these levels are unprecedented and encouraged by the designation by the government as an explicit target.

No other Human Rights organization has ever faced this level of hatred in France.

As there is no factual or legal ground to accuse CCIF, this is a political attempt to destabilize us and intimidate us, until we give up our work. Using fake news from the far right, some political figures in the entourage of president Macron have even tried to pin last Friday’s attack on organizations who denounce islamophobia, as if it was conceptually impossible to address both terrorism and contemporary forms of racism, including islamophobia.

We have made a formal complaint with the UN Human Rights council and have received, over the last seven days, massive support from our partner organizations internationally, as well as grassroots organizations and tens of thousands of sympathizers.

We call upon every Human Rights defender globally to raise awareness and conduct field missions in France, to assess independently the seriousness of the situation and see for themselves what Muslim communities have to go through.

As an organization, we no longer feel we can conduct our work in a safe environment, as our lives are threatened, and the government designates us as an enemy.

For these reasons, whatever the outcome of the government’s attempt to dissolve CCIF, we have decided to extend our activities internationally, to ensure continuity of our operations and protect our teams.

In the coming days, we will develop additional projects to complete our vision, including a reinforced legal response unit, a research center with a data collection center, as well as a media and cultural production center. We hope this plan will help protect fundamental freedoms for Muslim communities in France and would like to thank all those who have expressed love and support, during these difficult times.