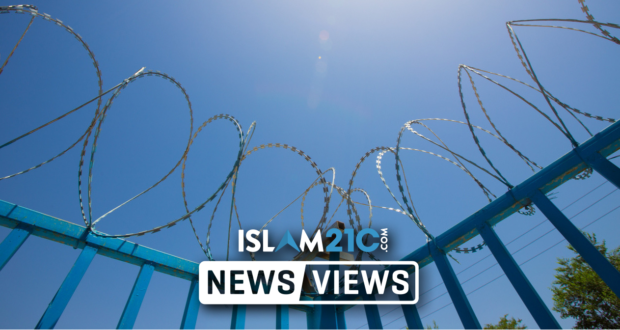 China claims most Muslims in controversial camps have “returned to society”

A senior official from the ‘Xinjiang’ region – which houses China’s re-education camps – has said at a press briefing in Beijing that its “students” have “returned to society” and “have found suitable work to their liking with an impressive income.” [1]

However, according to experts and members of Muslims from ‘Xinjiang’, there has been no evidence of mass releases and those supposedly freed from the camps often remain in extensive capacity. Uyghurs living abroad have also said they have found no evidence to support this claim of widespread releases, with Washington-based Uyghur activist Tahir Imin saying that they have been “unable to reach their relatives in the region.”

“If the Chinese government is honest and confident in what it’s saying to the media, it should allow people to communicate freely and go out of the country freely and allow independent media to visit and investigate freely.” [3]

Furthermore, official Chinese media accounts of the official’s comments differed, raising the possibility that he misspoke. Some cited the Zakir as saying that 90% or more of people from camps had returned to society whilst others cited him as saying that 90% of those released had found suitable work.

Collating evidence to test their claims, however, remains highly unlikely as foreign journalists, independent investigators, and human rights groups do not have free access and are also closely monitored and controlled.

Like many other state officials, Zakir has reaffirmed the system as an effective and “pioneering” approach to tackle ‘extremism’.

Read more: China’s Concentration Camps: What Can We Do?

Many have cited the reason for China’s abrupt announcement as a response to the international criticism the country has faced for their re-education camps.

Earlier this month, 22 countries – including those from the UK, Japan, and New Zealand – signed a joint ‘unprecedented’ letter to the UN rebuking China for its mass detention of Uyghur Muslims, calling an end to it. [4]

Whilst the UN has estimated a figure of at least one million ethnic Uyghur’s and other Muslim minority groups, the true figure of Muslims arbitrarily detained in their mass detention centres is reported to be close to three million. [5] The officials still declined to give the total number of Muslims who have been held against their will in the camps in recent years.

The Chinese government has repeatedly emphasised the camps as necessary training centres to eradicate Islamic ‘extremism’ and claimed that personal accounts of mistreatment from detainees have been greatly exaggerated by a few foreign countries and media outlets.

“Individual countries and news media have ulterior motives, have inverted right and wrong, and slandered and smeared (China).”

But with journalists being denied from reporting freely at the facility, checkpoints every few yards, surveillance cameras everywhere, and police with body armour, it is hard to believe the joyfully presented training facility as a school preparing “graduates”.

Last year, a former teacher spoke of her experience at one of the centres at court in Kazakhstan and referred to China’s “political camps” as a “prison in the mountains”. Reports such as this have even led the US Secretary of State, Mike Pompeo, to call the treatment of Uyghurs and other minorities in ‘Xinjiang’ “the stain of the century”. [5]

However, the Chinese government appears to remain insistent. Tuniaz added:

“People were allowed to “request time off” and “regularly go home”, and while they were not permitted to practise their religion during their “period of study”, they were able to do so once they were at home.”

Chinese officials did not answer whether the program was voluntary or how often those who were held were allowed to go home.

2019-07-31
Hamza Saleem
Previous: Muslim teenager reportedly dies after being set on fire in India
Next: China orders Islamic symbols be taken down in Beijing