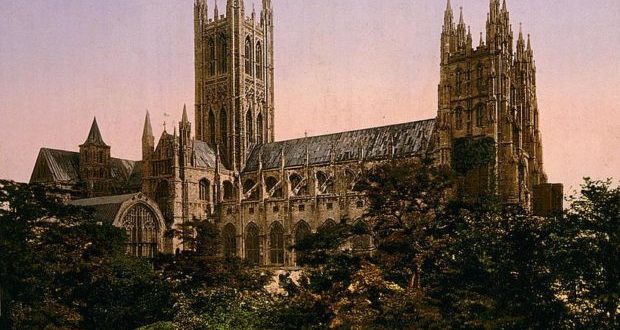 The Church of England’s lead on RE policy, Derek Holloway, suggested that some non-Muslims with “fundamentalist” religious beliefs are trying to withdraw children from lessons in order to stop them learning about Islam, by “exploiting” existing laws.

Mr Holloway, who previously taught at state comprehensive schools in Essex and Wiltshire, said that they were using a “dubious interpretation of human rights legislation” to pull students out of RE lessons, and warned that such actions create a “dangerous” precedent. He told the Press Association:[2]

“Through RE teacher social media forums and feedback from our RE advisers, I am aware that some parents have sought to exploit the right to withdraw children from RE lessons.

“This is seemingly because they do not want their children exposed to other faiths and world views, in particular Islam.

“We are concerned that this is denying those pupils the opportunity to develop the skills they need to ‘live well together’ as adults.”

He stressed that the Church of England believes that “youngsters must learn about other religions and worldviews”, which has provoked expected criticism from those who are ideologically against either the vacuous and arbitrary label of “religion”, such as some neo-atheists, or those against Islam in particular, which would include more fundamentalist English nationalists, Christians or neoconservatives. The idea of withdrawing children has been reportedly defended by atheist groups including the National Secular Society.[3]

Although some nationalist or atheist thinkers are indeed well read and capable of stimulating intellectual debate, those that appear to dominate popular culture seem to be those that take pride in illiteracy and an impressive certainty in their own ideology, unable to distinguish it from fact. Perhaps modernity’s continual distractions, 140-character concentration spans and war on traditional wisdom and intelligence has a part to play in this and the Islamophobia that relies on it.

Muslim parents have not traditionally had a problem with RE being taught in an information-based manner for several reasons. Islam and its sources already talk about other faiths and traditions, either to call them to their original roots, to come to a common ground with Muslims, or to critique those aspects of other religions and worldviews that lack evidence for their claims or are oppressive.

Say, “O People of the Scripture, come to a word that is equitable between us and you – that we will not worship except God and not associate anything with Him and not take one another as lords instead of God .” But if they turn away, then say, “Bear witness that we are Muslims [submitting to Him].”

O People of the Scripture, why do you argue about Abraham while the Torah and the Gospel were not revealed until after him? Then will you not use your reason?

As for others learning objectively for themselves about Islam, rather than from Islamophobic EDL or neo-atheist websites, then it is ultimately in Islam and Muslims’ favour since Islamophobia depends on ignorance and misinformation, and Islam is the dīn (often translated as “religion”) of the fitra—innate disposition—in the first place. Anyone—especially youngsters, who have received less indoctrination from other worldviews and are thus closer to their fitra—who learn simple facts about Islam without propaganda and misinformation will be drawn to it, since the bulk of the propositions it calls its adherents to accept are part and parcel of human nature and what are known in epistemology as “properly basic beliefs”.

As is authentically narrated from Abū Hurayra (Allāh be pleased with him), the Prophet (peace and blessings be upon him) said,

“There is no child born except upon the fitra. Then his parents make him Jewish, Christian or Magian…”[5]