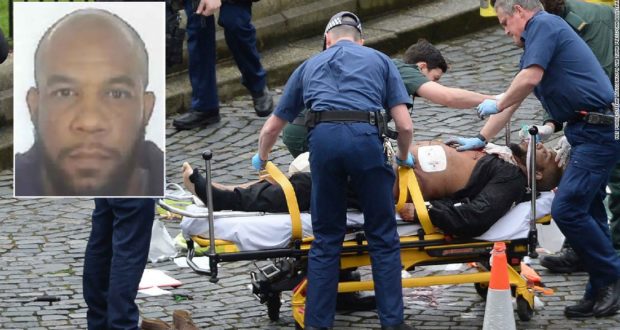 Security services have revealed that the Westminster attacker’s motive was “revenge against western military action against Muslim countries in the Middle East.”

In an exclusive,[1] the Independent has learnt that the security services have obtained a WhatsApp message by Adrian Russell Ajao (a.k.a. Khalid Masood) sent minutes before he killed 5 and injured 50 in Westminster last month. In the message he explicitly stated the motive of the attack being revenge against western foreign policy, contrary to various myths surrounding so-called “radicalisation”.

ISIS supporters on social media were quick to claim responsibility for the attack on 22 March, as is usual in order to inflate their sense of importance and reach—sadly in partnership with many sensationalist media outlets across the country happy to oblige. However, there was no evidence for ISIS involvement, with even reports of them getting “their soldier’s” name wrong when claiming responsibility,[2] leading to the police ruling out any connection with the group early on in the investigation.

The security services described the way in which they accessed Masood’s message as “human and technical intelligence”, stating they could not disclose details of the method for security reasons, but adding that they now have the technical expertise to repeat the process in the future. Home Secretary Amber Rudd made the headlines shortly after the attack calling for more surveillance powers,

But civil liberties campaigners as well as technology analysis fought back highlighting the absurdity of effectively removing everyone’s privacy because of the actions of an incredibly small minority of people. Furthermore, measures like encryption are not only essential to prevent unwarranted state spying but to keep people’s information safe from hackers and criminals attempting to gain access to sensitive information.

“They” don’t “hate our freedoms”

Although Masood had a violent past, colleagues confirmed there was no evidence of so-called “extremist” tendencies,[4] which is no surprise to anyone familiar with the causes of political violence and terrorism. As Professor Arun Kundani stated in a report reviewing peer reviewed research on the topic,

“specific kinds of extremist ideology associated with Islamism appear incidental rather than essential to the turn to violence. Having a belief in “extremist” Islam, however defined, does not correlate with involvement in terrorism. There are many good reasons for objecting to reactionary interpretations of religion but the idea that religious ideology mechanically causes terrorism is not one of them.”[5]

Unfortunately, the structural and institutional racism that exaggerates crimes commit by minorities and links them disproportionately with their “otherness”—rather than their empirically-determined motives and circumstances—means that Masood’s religious beliefs were automatically blamed for the attacks in most of the mainstream press, leading to a guilt-by-association of those who share the same religious identity. In addition, the hysteria surrounding such attacks was used by opportunists across the spectrum from assimilationist Islamophobes to isolationists, seeking to draw a wedge between practising Muslims and the rest of society, arguing that attacks such as these are born out of a hatred of “our freedoms” and invariably linked to some kind of global, existential “Islamic” threat.

It is not just the racist ignoramuses on the fringes of society that parrot George W. Bush’s infamous “they hate our freedoms” myth, but unfortunately even many MPs and commentators still seek to push such a demonstrably false narrative. Liam Fox is one MP that often and notoriously jumps at the opportunity to push such poisonous and conflict-extending rhetoric.[6] But as Michael Scheuer, the former head of the CIA’s Bin Laden tracking unit and the author of three acclaimed books on al-Qaeda said,

“I don’t think there are a lot of people who want to blow themselves up because my daughters go to university…People are going to come and bomb us because they don’t like what we’ve done.”[7]

When those who seek to push such myths are confronted with facts such as the stated motives of “terror attacks”, from Westminster to Lee Rigby to the 7/7 London bombings—each invariably and professedly being in retaliation to perceived injustices overseas—they accuse the academics, commentators, general public and even politicians who simply state these facts of “justifying” the terror attacks, and somehow being on the side of the perpetrators. Even the leader of the opposition was smeared as being a “terrorist sympathiser” by a sitting prime minister himself.[8] It is highly unfortunate that those with such power and influence are incapable of distinguishing between a logical cause and a moral justification—when it comes to crimes commit by “the other”. There are tragic real-world implications of this drip-fed fear and suspicion the wider public receive on a regular basis.

It is hoped that the news revealed by the Independent, despite not having been picked up by other media corporations as of yet, will go some way towards dispelling damaging myths about Muslims and terrorism. Khalid Masood did not kill and injure scores of innocent people because he was “radicalised” against so-called “British values” or because he “hated our freedoms”, but because of a sense of revenge—one of the most primal instincts of man that rarely requires an ideological justification, especially in people who are prone towards violent or antisocial behaviour. As a result, those policies—and the people who profit from them—cracking down on certain types of “radical ideology” under the pretext of “preventing terrorism” should take heed and start looking at the empirically-determined causes of terrorism, if they are indeed genuinely interested in stopping it.

The only relevant aspect of Masood’s ideology was the notion of being somehow connected to people’s suffering overseas. Whilst of course his actions were inexcusable, his empathy with those whom he perceived to be oppressed—even if, for argument’s sake, mistaken—should not be seen as some kind of indicator of an increased propensity to violence, as some seek to portray. Rather, this empathy is something all human beings should have by default, and our focus should be helping people address their grievances in a constructive way rather than silencing them.