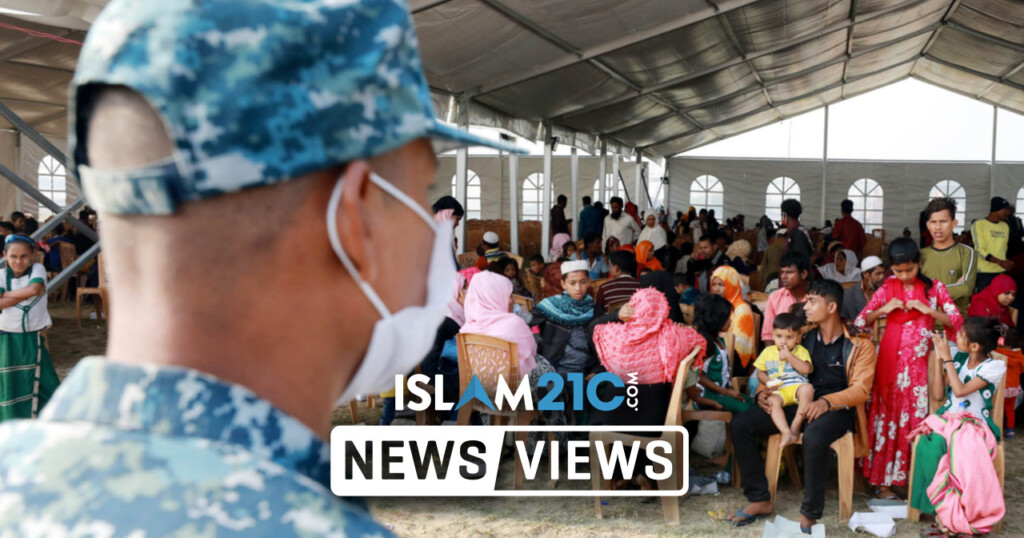 The government of Bangladesh appears unwavering in its continued approach to transferring hundreds of Rohingya refugees from Cox’s Bazar to the island of Bhasan Char, located in the Bay of Bengal.[1]

A total of 1,778 people reportedly began their voyage early Friday to the remote island. This is the third ‘batch’ of refugees to be shipped out to Bhasan Char since the beginning of December 2020, with another group expected to be sent across on Saturday.

In early December, Al Jazeera reported that officials had transported over 1,500 men, women, and children to Bhasan Char, with a further 1,000 moved to the island later that month.[2]

Conditions on the island have been described as prone to hurricanes and other extreme weather. Many refugees are concerned that moving to such a desolate island will put their lives at peril, even further than the danger already faced in the sprawling camps within Cox’s Bazar.

However, a commander with the Bangladeshi Navy, Commodore M. Mozammel Haque, who is in charge of transporting the refugees to the island, was robotic and almost clinical in his remarks:

“Around 4,000 refugees have already been sent to the island since December, but we have the capacity of accommodating 100,000. The process will continue until we fulfil it…” [1]

Various international human rights agencies including the United Nations have called on the Awami League government of Prime Minister Sheikh Hasina to immediately halt all such transfers to the island, as they are concerned that people are being herded onto navy vessels and subsequently onto the island.

In an early December press release, the UN tried to head the Bangladeshi government off at the pass by warning:

“The United Nations is aware of reports that the Government of Bangladesh may begin the initial movements of Rohingya refugees from Cox’s Bazar to Bhasan Char in the Bay of Bengal in the coming days. The United Nations has not been involved in preparations for this movement or the identification of refugees and has limited information on the overall relocation exercise.”

“The United Nations takes this opportunity to highlight its longstanding position that Rohingya refugees must be able to make a free and informed decision about relocating to Bhasan Char based upon relevant, accurate and updated information. The Government has indicated that movements to the island will be voluntary, and the United Nations calls on the Government to respect this important commitment.”

“The United Nations has also emphasised that refugees who choose to move to Bhasan Char should have basic rights and services on the island, which would include effective freedom of movement to and from the mainland, as well as access to education, health care, and livelihood opportunities. This would help to lay the foundations for a productive and secure community on Bhasan Char.”[3]

Wherever our Rohingya brothers and sisters find themselves, may Allāh protect them from harm. It is an unimaginable predicament to find oneself in, driven out of one’s homeland and into a neighbouring country that itself struggles to support its own people, stuck in proverbial limbo within highly inadequate refugee camps, only to be told of a relocation to a remote island. Those who are taken to this island will find they are trapped yet again, with the Bangladeshi mainland 40 miles away.