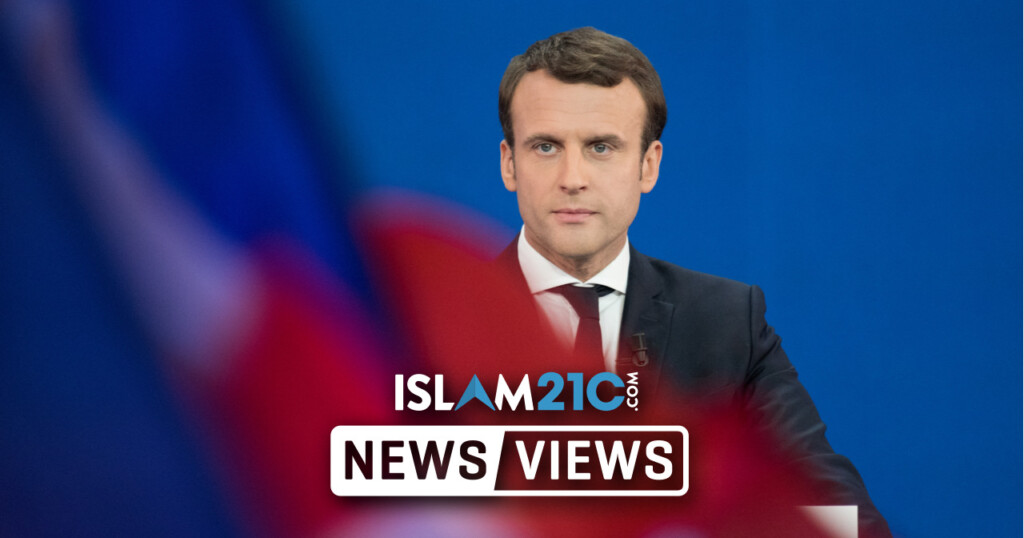 A large number of international scholarly bodies and organisations have convened and released a joint statement condemning the French government’s foolhardy pursuit of forcing the crassly titled “Charter of Principles” down the throats of masājid and a’immah across France.

The Charter, devised in light of a spate of attacks blamed on ‘Islamists’, is the French government’s latest attempt to usher in a new era of Islam, one of so-called “enlightenment Islam”.

In an article published on The Spectator in October 2020, the President of France, Emanuel Macron, said:

“We intend to lead in finally building an Islam in France which can be an Islam of the Enlightenment. We must help this religion in our country to structure itself to be a partner of the Republic in terms of the affairs that we share.”[1]

Macron is essentially set on watering down Islam.

In response to the Charter, the Ulamā councils that convened proclaim it impermissible to sign the Charter as it is an open declaration to give precedence to French liberal values before Islam. The Charter is a threat to Muslims in France and abroad, as it builds an openly discriminatory foundation against them. This sets a dangerous precedent that could be used to target any minority, and in particular the Muslims of Europe.

In a statement, the Chief Editor of Islam21C, Dr. Salman Butt, praised the sense of solidarity expressed by numerous scholarly councils from around the world, including committees in Palestine, Lebanon, Syria, and Iraq.

“It is heartening to see such a huge international consensus of Muslim scholars speaking out against such an outrageous example of colonial hubris that has not yet left some quarters of the French establishment.”

“In order to score a few cheap political points, the French government are appearing to unravel the façade of tolerant values of the French Revolution, which were at least paid lip service to among nations claiming to be democratic and free.”

“French minorities are treated like laboratory animals for testing increasingly repressive secularist experiments. Secularism is now clear for everyone to see as an imposition of White Western-Christian norms under the name of neutrality.”

“Minorities across the rest of the Western world need to pay close attention to the all-too-easy descent into totalitarianism and legalised White supremacy if we fail to act now to strengthen our civil societies against such transgressions of people’s God-given rights.”

France’s right-leaning President Macron has been on a mission to collectively punish the entire French-Muslim population for what he deems ‘foreign interference’ and ‘political Islam’. In doing so, Macron has made no substantive attempts to engage with the Muslim community at large, instead preferring ultimatums and threatening language.[2]

“We obviously agree with the demand for non-interference by States, the non-instrumentalization of religions and respect for the Constitution and the principles of the Republic. However, we believe that certain passages and formulations of the submitted text are likely to weaken the bonds of trust between the Muslims of France and the Nation. In addition, certain statements undermine the honor of Muslims, with an accusatory and marginalizing character.”[3]

The Faith and Practice movement, the Coordination Committee of Turkish Muslims in France (CCMTF) and the Milli Görüş Islamic Confederation (CMIG) insisted for amendments to various parts of the Charter, decrying the fact that such a document had been approved despite lacking the full consensus of other critical parts of the CFCM.

A translation of the statement can be read in full below, followed by the list of cosignatory bodies.

In the name of Allah, Most Gracious, Most Merciful.

Praise be to Allah, Lord of the worlds. Prayers, peace and blessings be upon the seal of prophets, Muhammad, his fellow messengers.

At a time when Muslims, both in France and abroad, were hopeful that the French State would take steps to rectify its relationship with Islam and its faithful, the Government has instead put forward a charter to the imams of France and requested their agreement.

After analysing the articles of this charter, the twelve international bodies of scholars (ulama) cited at the end of this press release declare the following:

Firstly, the ulama declare, to all their brothers and sisters in Europe and France who have questioned them, that it is illegal to sign a charter that elevates the principles of the French Republic and its constitution, and gives them authority over the Qur’an, the Sunnah and the fundamentals of the creed and law of Islam. This is all the more unlawful when the signature of this charter is optional and not imposed by the State.

The ulama greatly commends all those who refused to sign it and calls on the rest of Muslims to follow their example.

Secondly, this charter, which has become known as the “Mosque Charter”, and which imams have been requested to commit to by way of signature, clearly goes against everything that they, the so-called secular states (including the French government), as well as international organisations and institutions, have been proclaiming loudly – that they believe in: freedom of belief, and equal treatment of all regardless of language, ethnicity, race, colour or religion.

Thirdly, this charter is an official statement against Islam, clearly declaring this religion to be suspect. It is therefore rejected both in substance and in form. It opposes the unanimous respect afforded to the three Abrahamic faiths by the modern world and its institutions. The religion of Islam is followed by well over a billion people around the world and cannot collectively be deemed suspect.

Fourthly, this dangerous charter does not only constitute a clear violation of the rights and civil liberties of the Muslims of France, but rather against all Muslims around the world. It is a legal and ideological establishment of racial discrimination, of oppression against religions, of violations of rights, freedoms and human dignity.

Fifthly, all state constitutions, and all declarations of human rights, stipulate in no uncertain terms, that French Muslims and Muslims residing on French territory (who number well into the millions), are all an integral part of French society, with equal rights to their fellow citizens; therefore enjoying the same freedoms, rights and dignity.

This charter announced by the French government contradicts that very notion, and sets a very dangerous precedent in what threatens the presence of Islam not only in France but in the entire Western World.

Sixthly, the charter represents an explicit declaration, and dangerous example to follow, against all religious and ethnic minorities around the world. As it is well-known, nearly every nation and city includes religious or ethnic minorities. At a time when the whole world is striving to respect the rights of all through a framework of peaceful co-existence, mutual respect, principles of tolerance and good neighbourliness, the French State seems to be taking a decisive and destructive strike against these efforts.

Seventh, the body of scholars urge all people in the free world, and in particular Muslims in Europe, as well as all rights-based or religious organisations and institutions, to fulfil their duty by openly declaring their rejection of this racist charter.

Eighth, evil acts committed by individuals, wherever they may be from or whatever their background, does not give the right to label a divine religion as a religion of terrorism and violence.

All leaders and communities must confront and eradicate violent extremism, no matter which society or religion the preparator may belong to. The protection of public order is an obligation shared by minorities first and foremost, and upon communities before the State.

At the heart of this matter are the imams and Muslim leaders / organisations in the West, and they are amongst the best-placed people to elevate the principles of peaceful co-existence, mutual understanding and cooperation, and fairness between all societies.

In conclusion, Muslims have their hands outstretched towards peace, open communication and reconciliation, as opposed to the otherization and discrimination they are faced with, and this is part of the tolerance of their religion and from the greatness of their civilisation.

And God is the One who speaks the truth and guides to the right path.

The signatory organisations of this press release: