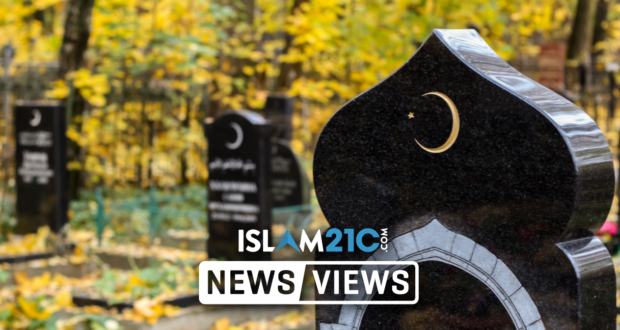 The Muslim community and advocacy group MEND has issued a statement on the proposed burial measures in the COVID-19 emergency legislation.

The drafted emergency Coronavirus Bill 2019-21 is said to allow designated local authorities to disregard section 46(3) of the Public Health (Control of Disease) Act 1984, which is designed to prevent a local authority from being able to cremate a body against the wishes of the deceased.  [1]

MEND has called on political representatives to immediately amend the Bill to reflect “the human rights of religious minorities”. The Bill is due to have its second reading in the House of Commons this Monday 23rd March.

The Muslim community and advocacy group has stated that:

“Whilst the purpose of the legislation is to deal with a potential surge in deaths and lack of grave space capacity arising from the current tragedy, the Government should not neglect their responsibilities in upholding Article 9 of both the European Convention on Human Rights and the Human Rights Act 1998, which protects the right to freedom of thought, conscience, and religion. This includes the freedom to manifest one’s religion or belief in worship, teaching, practice, and observance.”

The CEO of MEND, Dr Shazad Amin said that:

“The sanctity of the dead body and the importance of religious burial is an integral component of religious practice for Muslims, as well as Jews. Cremation is forbidden in Islam and Judaism and therefore the possibility of forcing a cremation upon the loved ones of these communities would add further anguish and trauma to bereaved families, who themselves may be in self-isolation.” [2]

The Muslim Council of Britain (MCB) also released a statement on the burial measures in response to the government’s proposed emergency legislation to deal with the lethal virus. [3]

The Secretary General of the MCB, Harun Khan stated:

“The Muslim Council of Britain is supporting the National Burial Council (Muslim) working alongside other faith communities and collaboratively with senior UK Government officials to highlight the absolute importance of burials in our faiths, and how risks can be appropriately mitigated.

“This is not something anyone is taking lightly and we want to reassure the community that we are working hard to ensure that our concerns are taken on board.”

He further added that:

“We are hopeful a solution will be found that recognises the challenges in extreme cases, whilst maintaining the importance of certain beliefs that our faith communities hold dear.

“We urge communities at a local level to work positively and collaboratively with other faiths, communities, and local and national government bodies, and will be providing more guidance soon.”

What you can do:

The coronavirus is affecting 188 countries and territories around the world and 1 international conveyance (the Diamond Princess cruise ship harbored in Yokohama, Japan).

At the time of writing, over 304,334 cases have been confirmed with more than 12,983 registered deaths. [4] Indeed to Allāh do we belong, and to Him do we return. It is also important to note that around 94,677 people have recovered so far from the deadly virus alhamdulillah.

We ask Allāh (subḥānahu wa taʿālā) to keep us all safe, healthy and to enable us to take this opportunity to turn back to Him seeking forgiveness, and to cure our sick and protect our elderly. Āmīn.