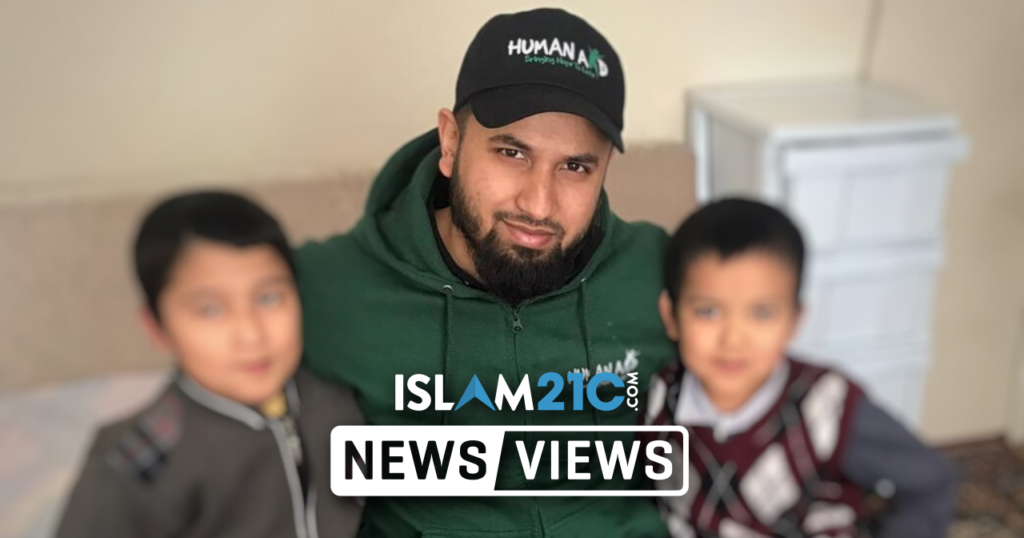 Members of Human Aid UK travelled to Turkey earlier this month to meet Muslim families originally from Uyghur who escaped to Istanbul to rebuild their lives.

The situation that many Muslim Uyghurs have faced in Chinese concentration camps has been documented for many months without much intervention from Muslim countries.

The severity of their state has caused Uyghurs to migrate to the Turkish capital, where Human Aid UK spoke to them in order to gauge their thoughts on the global pandemic caused by the coronavirus. [1]

The interviews were conducted by Dr Zeeshan Siddiqui, a GP and board member of Human Aid UK, and Sohidul Choudhury, the Director of Operations for the charity. The personal stories were given consent to be shared by the Uyghurs provided that their identities were concealed for the protection of themselves and their loved ones.

Many men were found to either still be missing or imprisoned in the ‘re-education’ camps. Their whereabouts are unknown and all remaining communication with them has been blocked due to the ramifications to their loved ones. The majority of the ‘bread winners’ of the Uyghur families were found to be women, who were providing for an average of three to five children.

Human Aid UK also met a 25-year-old graduate who had memorised the Qur’ān. He had not heard from any of his three sisters or one brother for three years.

The interviewers made mention of two traits that were evident in the Uyghur Muslims – hospitality and resilience. They were very eager to welcome the team from London into their homes, serving them food and tea.

The charity expressed their solidarity with the plight of the Uyghurs and vowed to continue supporting the them and their cause by reminding them that their voices were not falling on deaf ears in the West.

Despite their previous struggles and torment, the outbreak of COVID-19 had brought the world to a halt. One of the Uyghurs proclaimed of the irony that whilst his people were being detained by force into the ‘re-education’ camps, other regions across China were forcing people into quarantine.

“Most countries have started to self-quarantine, seal their borders, and implement distancing. But what about the million or more Uyghurs who are left languishing in these camps? They have been there for years, while we are debating self-quarantine for a month or two. If the virus has spread to the camps, there could be an alarming fatality rate due to the lack of adequate healthcare among other things.”

With at least 1 million Muslim men and women in detention camps, together with 500,000 children in similar centres, concerns over the treatment of the minority group continue to rise, especially in light of the coronavirus. However, the Communist Party stooped to a new low by forcing Uyghurs to work in factories which had been closed due to the epidemic.

Amidst the global ordeal, the Uyghurs said they supplicate to Allah to protect their Uyghur brothers and sisters, and the Muslims in general all over the world.