Coronavirus: Turkey shining example and model in fight against pandemic 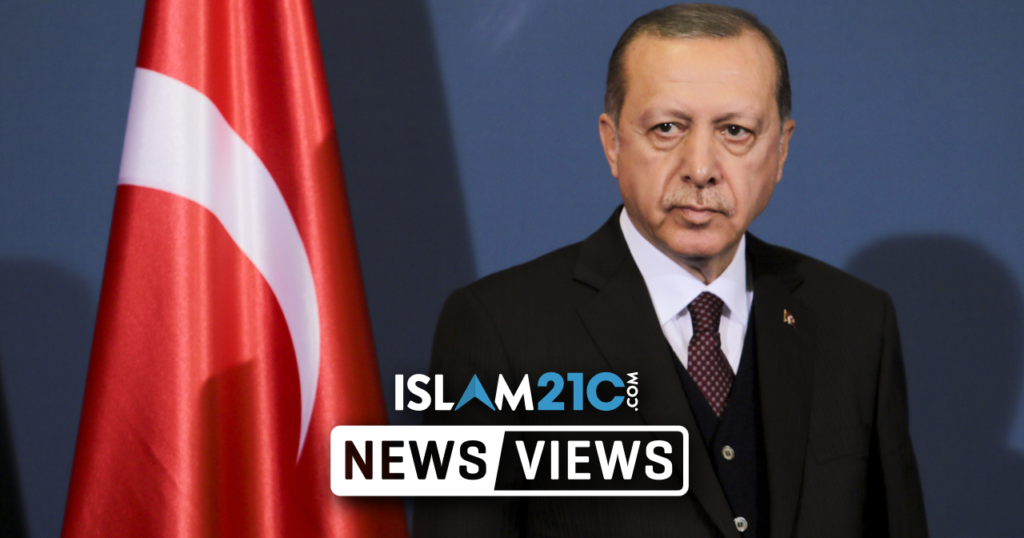 As the world continues to react to the growing coronavirus (COVID-19) pandemic, Turkey stands out as a shining example and model for many others in the fight against the deadly virus.

Turkey has taken strong measures to prevent the spread of the coronavirus outbreak through its solid public health system coupled with generous social assistance and aid schemes, both nationally and globally. Further to this, the large number of hospitals and intensive care units per person is one of the most effective assets that Turkey possesses.[1]

Turkish President, Recep Tayyip Erdoğan, launched a ‘National Solidarity Campaign’ in the fight against the coronavirus, with the president himself donating seven months of his personal salary.[2]

In his address to the nation, Erdoğan stated:

“I am launching the campaign personally by donating my seven-month salary.”

He further added that cabinet members in the government and lawmakers have donated 5.2 million Turkish liras ($791,000) towards the campaign.

The President emphasised that the object of the campaign would be to provide additional support to low-income people suffering economically due to the measures taken against the spread of the deadly virus.

At the time of writing, there are over 1.7 million registered coronavirus cases worldwide, with more than 108 thousand deaths.[3] Indeed we belong to Allāh, and to Him we shall return.

It is also important to note that over 400 thousand people have recovered so far from the deadly virus, alhamdulillāh.

Setting an example to the entire world, Turkey was quick to declare economic support packages, monthly pension payments, and shelter for the homeless.

The country also launched the ‘Free Surgical Masks’ programme to the entire nation of 82 million residents, putting other nations – who cannot even provide protective equipment to their healthcare workers – to shame.[4]

Turkey set up a website where both citizens and official residents can register to receive five free surgical masks per week delivered by the national postal service.

The World Health Organization (WHO) chief, Tedros Adhanom Ghebreyesus, praised Turkey’s solidarity with other countries, describing its aid shipments to other countries as “exemplary.”[5]

“I also appreciated the President of Turkey, President Erdogan, for the contributions he has made, starting from neighbouring countries and beyond, as has been said in medical supplies.”

The chief’s top aide added that the country has a “huge history” of large-scale disaster management and of offering support to other countries.

Generosity and philanthropy is one of the most important manifestations of an Islamic country. Many people do not relate the application of the Shariah to also include humanitarianism.

The Prophet (sall Allāhu ʿalayhi wa sallam) said, “O people, promote the greetings, feed [the poor and needy] and perform Salat when others are asleep so that you will enter Jannah safely.” [7]

This was the founding statement of the Prophetic Islamic state, demonstrating the great emphasis and direct command the Prophet of Allāh made to the Muslims with regards to humanitarianism and charity. It is something that should be applied by any Islamic country wishing to adhere to Islamic principles and the values taught and encouraged by the Prophet.

The Turkish government and Turkish people have clearly shown its concern for humanity across the world in accordance to the humanitarian acts that Islam has emphasised. As a result, Turkey has become an example for other countries that may have the ability to have a similar, if not greater impact.

The entire Muslim world should learn from the actions of Turkey and ultimately those prescribed and commanded by Allāh (subḥānahu wa taʿālā) and His messenger. Muslims should act and live as though we are one body, and if one of us is in need then the whole Muslim community should strive to get them back on their feet. In doing so, we would be acting in line with the following Hadith, which demonstrates a practical example of the Prophet’s description of the Muslim community:

“The believers in their mutual kindness, compassion and sympathy are just like one body. When one of the limbs suffers, the whole body responds to it with wakefulness and fever”. [8]