Fasting Has No Equivalent 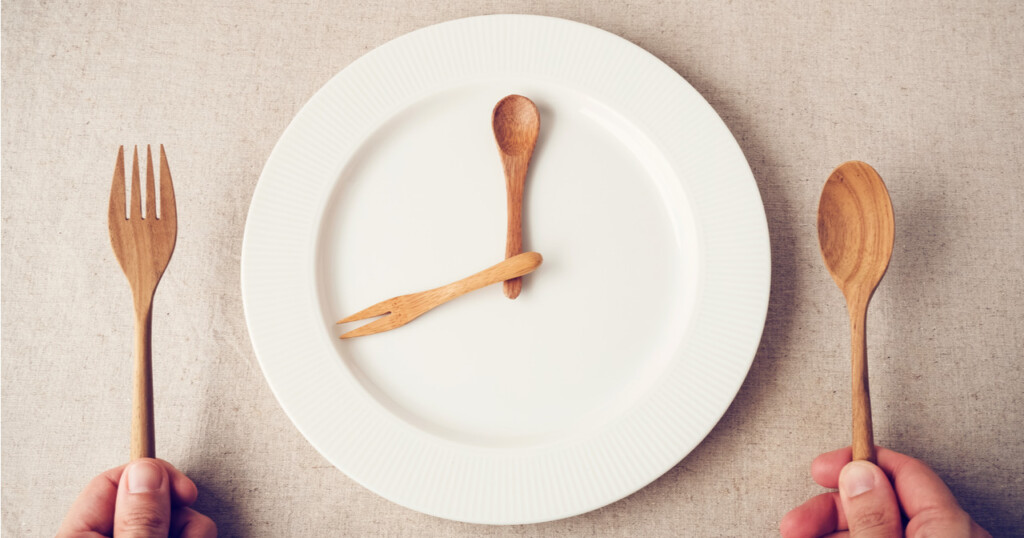 The blessings related to fasting are truly astounding. Those who fast are able to scale the ranks; expiate their sins; tame their desire; give much in charity; engage in a variety of acts of worship; give thanks to their Creator; avoid being swayed by impulses of disobedience and violations; distance themselves from the blazing Fire; and tap on the doors of Paradise. Fasting possesses so many virtues; some of these are presented below.

Allah describes the righteous believers in the Qur’an with many names. One such description is sa’ihun. Allah says, ‘(The believers whose lives Allah has purchased are) those who repent to Allah, who worship Him, who praise Him, who are the sa’ihun, those who bow down (in prayer), who prostrate themselves (in prayer), who enjoin virtue and forbid vice, and who observe the limits set by Allah. And give glad tidings to the believers.’1 Sa’ihun literally means travellers and many scholars mention that this refers to those who fast. Some scholars of the Arabic language state that the fasting person was named a traveller [sa’ih] because a traveller has no provision with him but eats wherever and whenever he finds food.

2. Fasting has no equivalent

Abu Umamah relates, ‘I approached the Messenger of Allah and asked, “O Allah’s Messenger, command me with a matter by which Allah will benefit me” (in another narration, ‘Command me with an action by which I will enter Paradise’) He replied, “Take to fasting for it has no equivalent”.’2

It was said that smoke (from cooking) was never again noticed during the day in Abu Umamah’s house and if it was, then people knew for sure he had guests.

3. Allah claims the action for Himself

This reveals its sublime and dignified status. The Prophet (sall Allāhu ʿalayhi wa sallam) said, ‘Allah ‘azza wa jalla said, “Every deed a person does is for his own self except fasting; it is for Me and I compensate for it”.’3

One reasoning given is that fasting is free of riya’, which means to perform an action not solely for Allah but to be noticed by others in order to seek their awe, praise or worldly gain. Ibn al-Jawzi said, ‘All acts of worship are noticeable (by others) when performed and it is rare for it to be free of some tarnishing, except fasting’4

Al-Qurtubi discusses the meaning of the aforementioned hadith ‘and I compensate for it’. He says, ‘This means that the measure of rewards for actions (in general) are known to people and that they are multiplied anywhere from ten to seven hundred fold to whatever Allah wills, to the exception of fasting as Allah rewards one for it without any pre-determined measure.’5

Al-Manawi states, ‘This is a sign of the immense compensation and rich rewards for it because if al-Karim (The Most Generous) informs that he will grant an offering without any intermediary, this necessitates its swiftness and merit’.6

5. The suitability of fasting

Allah is al-Ghani (The Rich), al-Qayyum (The Self-Sustainer and Supporter of all) and al-Samad (The Self-Sufficient Master, Who has no need for food or drink and Whom all creatures need).

Al-Hafidh said, ‘The lack of need for food and other desires is a characteristic of the Lord jalla jalaluhu; because a fasting person draws near to Him in a manner appropriate to His own attributes, He ascribed it to Himself’. Al-Qurtubi said, ‘The actions of slaves are all in agreement to their own dispositions except for fasting. This is appropriate to one of the characteristics of al-Haqq (The One True Deity); it is as if He is saying, “My servant draws near to Me with a matter that is connected to one of My attributes”.’7

The Prophet (salla Allah ‘alayhi wa sallam) said, ‘The trials [fitnah] a person experiences through his family, wealth, self, children and neighbour are expiated by fasting, prayer, charity, commanding virtue and forbidding vice’8

7. Praise from Allah and supplication from the Angels!

The Prophet (sall Allāhu ʿalayhi wa sallam) said, ‘Indeed Allah sends His salah (praise, grace, honour, blessings, mercy) and His angels send salah (ask Allah for them to be praised, graced etc.) upon those who take the pre-dawn meal’9. If Allah and His angels send salah for those who take the pre-dawn meal, which is an aid to fasting, what do you think about fasting itself?

Abu Musa relates, ‘Allah decreed upon Himself that whoever goes thirsty for Him on a hot day, that He would grant him water on the Day of Judgement.’ 14 Fasting in summer is a quality of faith because of the length of a summer day and the severity of its heat

The Prophet (sall Allāhu ʿalayhi wa sallam) said, ‘Fasting in winter is easy prey.’15 ‘Umar Ibn al-Khattab said, ‘Winter is prey (for the taking) for worshippers.’16 Al-Hasan said, ‘Winter is an excellent time for the believer; its nights are long in which he stands for prayer and its days are short which he fasts’.

‘In Paradise, there are eight doors. One of these doors is called al-Rayyan and only those who fast will enter through it.’ 17 ‘Indeed there is a door in Paradise called al-Rayyan. Those who fast will enter through it on the Day of Judgement. It is only they who will enter it and when they have entered, it will be closed so that no one else can enter.’18 Al-Zarkashi said, ‘Rayyan means to be well-sated with drink, the opposite to thirst; it was named this in compensation for the thirst and hunger endured by those who fasted.’19 ‘Izz al-Din Ibn ‘Abd al-Salam said, ‘As for the restriction of those entering Paradise through the door of al-Rayyan to only those who fasted, they were set apart because of the distinction and nobility of their worship’20

The Prophet (sall Allāhu ʿalayhi wa sallam) said, ‘Whoever passes away on a day he fasts will enter Paradise.’21 Al-Manawi said, ‘i.e., whoever completes his lifetime with a day of fasting either dying while fasting or after having broken the fast for that day, will enter Paradise along with the forerunners and foremost generations or without any previous punishment.’22

The Prophet (sall Allāhu ʿalayhi wa sallam) said, ‘The fasting person has two occasions for joy, one when he breaks his fast and the other when he meets his Lord.’26

16. A smell more pleasant than musk

‘Every deed a person does is for his own self except fasting; it is for Me and I compensate for it. Indeed, the smell of the fasting person’s mouth is more pleasant to Allah than that of musk.’27

Al-Manawi states, ‘Fasting was legislated to tame the desires of the soul and to put a stop to what causes one to be in servitude and enslaved by things; if people continue to satisfy their desires they will be enslaved by things and will be disconnected from Allah. Fasting severs any connection to devoting servitude to other than Him and delivers freedom from being bound to what one covets; the meaning of freedom is to own things and not for things to own a person. If they do own and control him, wisdom is upturned and what is to be preferred becomes the opposite and what is most lofty becomes the most low…’28

18. Realising the need for gratitude

Al-Qastalani says concerning the aims and virtues of fasting, ‘It causes one to offer much gratitude for one’s blessings and bounties and to acknowledge the previous blessings of satisfying one’s need because of hunger and thirst; this causes one to strive to be grateful since something is truly known by its opposite.’29

19. Opportunity and incentive to more acts of worship

‘Izz al-Din Ibn ‘Abd al-Salam, ‘As for the opportunity to engage in more acts of worship, this is because it reminds one of the hunger and thirst of the dwellers of the Fire so it urges one to perform more acts of worship in order to attain salvation from the Fire. As for restraining impulses of disobedience and violations, this is because a soul that has had its fill desires and yearns for disobedience whereas if it is hungry and thirsty it desires food and drink. The desire of the soul for deliverance (from hunger and thirst) and being preoccupied with this is better than its yearning for disobedience and sin. This is why some of the early generations [salaf] preferred fasting to all other acts of worship; when questioned why, they replied, ‘For Allah to look upon me whilst my soul is challenging me concerning food and drink is more beloved to me than for Him to look upon me whilst it is challenging me concerning disobedience….’30

20. Opportunity for being charitable and benevolent

Al-Qastalani said, ‘…the fasting person experiences hunger so he comprehends the severity of the pain of hunger; this urges him to be benevolent to those who are without food. It also causes him to reflect on the harms of being powerless and isolated; as only one who is afflicted with a difficulty can really be aware of it…’31

21. A gentle heart and safeguarded limbs

The Prophet (sall Allāhu ʿalayhi wa sallam) said, ‘There will enter Paradise a people whose hearts are like the hearts of birds.’32 Al-Qastalani lists as one of the benefits of fasting, ‘The gentleness of the heart and much weeping; and this is one of the causes of happiness. Eating one’s fill does away with the light of real knowledge and imposes harshness and disentitlement.’

He also lists, ‘Safeguarding the limbs from persisting in wrongdoings; this is one of the greatest benefits to fasting. In fact it lies at the foundation of fulfilling the purpose. If one’s soul is touched with the pain of hunger it becomes submissive and obedient and distracted with this circumstance from extending its aspirations towards vile thoughts and thus its limbs will cease from committing improper movements and will stop short of violating what is sacred. The limbs are seven: the eye, ear, tongue, stomach, private parts, hand and foot. The soul supports these limbs and is the considered root. If the root weakens the branches weaken likewise and this is the secret to fasting…’33

This article has been reposted, originally posted on 13 September 2007

9. Ibn Hibban in his al-Sahih and others.

23. Ahmad and al-Tabarani on al-Kabir.

24. al-Bayhaqi in Shu’ab al-Iman and others.

27. Muslim and Ibn Hibban with his wording, and others.