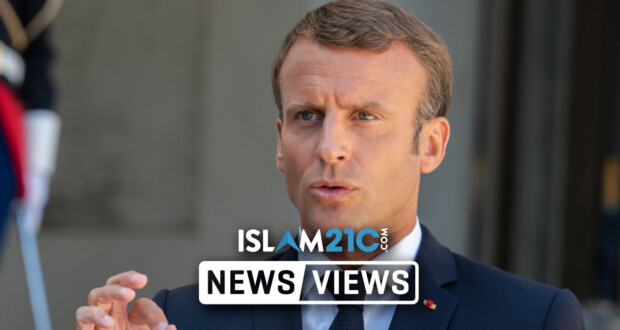 In further attempts by French President Emmanuel Macron to protect France’s secularist nature, the Conseil Français du Culte Musulman (French Council of the Muslim Faith) has been given fifteen days to comply with demands to work with the Interior Ministry.

The CFCM, established in 2003 by the then-Interior Minister Nicolas Sarkozy, has grown in membership and currently comprises a mix of progressive and conservative affiliates. It is the officially recognised ‘interlocutor’ of French Muslims with the government.

Macron and Interior Minister Gérald Darmanin have raised concerns about the presence of a number of foreign imams from countries such as Turkey, Morocco, and Algeria. Macron has reiterated his desire to put an end to this within four years, and he has already had the approval of the CFCM in creating a so-called ‘National Council of Imams’ for masjid leaders to be ‘approved’ and also stripped of their authority if deemed necessary.

The ultimatum pressures the CFCM to establish a charter that emphasises and reaffirms ‘republican values’ on its member organisations.[1]

Such a charter would involve a declaration by the nine federations of the CFCM that Islam is a religion that has no political elements attached to it, and that member organisations should end affiliations and ‘interference’ with foreign countries.

This development is outrageous, as Macron is attempting to change Islam into something with which he feels comfortable. Politics and religion (siyāsah and dīn) are undoubtedly inseparable, and this threat to Muslim leaders to accept such terms is causing tensions to further rise amongst Muslims, not only in France but also around the world.

Ibn Khaldūn, the renowned scholar of history and sociology, wrote about politics and religion:

The results of the discussions with the CFCM and their impact on France and its population of roughly 3.5 million Muslims remain to be seen, but it is clear that whatever happens next will be a strong indicator of whether other European governments will follow suit.