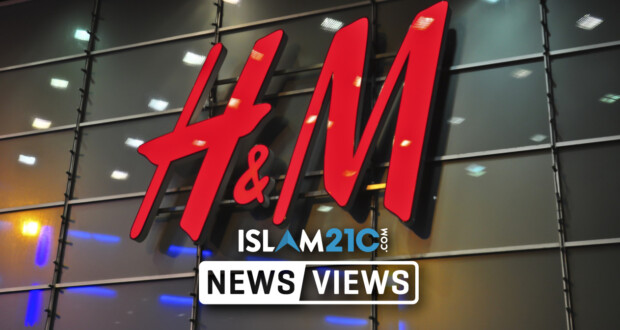 Earlier this week, the clothing retailer H&M announced it was ending its relationship with a Xinjiang-based yarn mill after accusations that the supplier was engaged in ‘forced labour’ involving ethnic and religious minorities in the Chinese province.[1]

H&M acted in response to claims by the Australian Strategic Policy Institute, which published a report in March claiming that H&M was one of the beneficiaries of a forced labour transfer programme through their relationship with the factory of dyed yarn producer Huafu Fashion Co. in Anhui.[2]

In response, the Swedish multinational fashion retailer said that it “never had a business relationship with a mill owned by the yarn producer Huafu Fashion Co in Anhui province where workers from XUAR [Xinjiang Uyghur Autonomous Region] have been employed, nor with their Aksu unit in XUAR.”

H&M did concede, however, that it had an “indirect business relationship” with one mill belonging to Huafu Fashion Co., which supplies some of their suppliers with a specific yarn.

H&M said in a statement:

“While there are no indications for forced labour in the Shangyu mill, we have decided to, until we get more clarity around allegations of forced labour, phase out our indirect business relationship with Huafu Fashion Co, regardless of unit and province, within the next 12 months.”[3]

The firm has said that it no longer works with suppliers that source cotton from Xinjiang farms – China’s largest cotton growing area – after its original supplier, BCI (Better Cotton Initiative), decided to suspend its licensing of manufacturing cotton in that region after the non-profit organisation announced their decision in August.[4]

In addition, H&M has also carried out an investigation to strengthen the traceability of its cotton manufacturers:

“We have conducted an inquiry at all the garment manufacturing factories we work with in China aiming to ensure that they are not employing workers from XUAR through what is reported on as labour transfer programmes or employment schemes where forced labour is an increased risk. We are also working with experts and other stakeholders to further strengthen our due diligence and address any situation in a responsible way.”[5]

H&M, which operates in 74 countries with over 5,000 stores under various company brands, said that it “strictly prohibits any type of forced labour” in the supply chain, and in the event of learning that forced labour has occurred within the supply chain, the firm “will take immediate action and, as an ultimate consequence, look to terminate the business relationship”.

International pressure is inundating China’s Communist Party over its actions in the resource-rich Xinjiang region. Human rights campaigners are leading a call for the global apparel industry to end all sourcing from Xinjiang within 12 months.

Investors are being urged to take steps to identify, prevent, and mitigate risks in portfolio companies to ensure that they have no direct links to human rights abuses in China’s Xinjiang region.[6]

On Monday, US Customs said that it would ban a host of Chinese products, including cotton, garments, and hair products, imported from Xinjiang over fears they were made using forced labour.

China dismissed accusations of forced labour as “a complete fabrication” and called the move by the US “politically motivated and based on lies.”