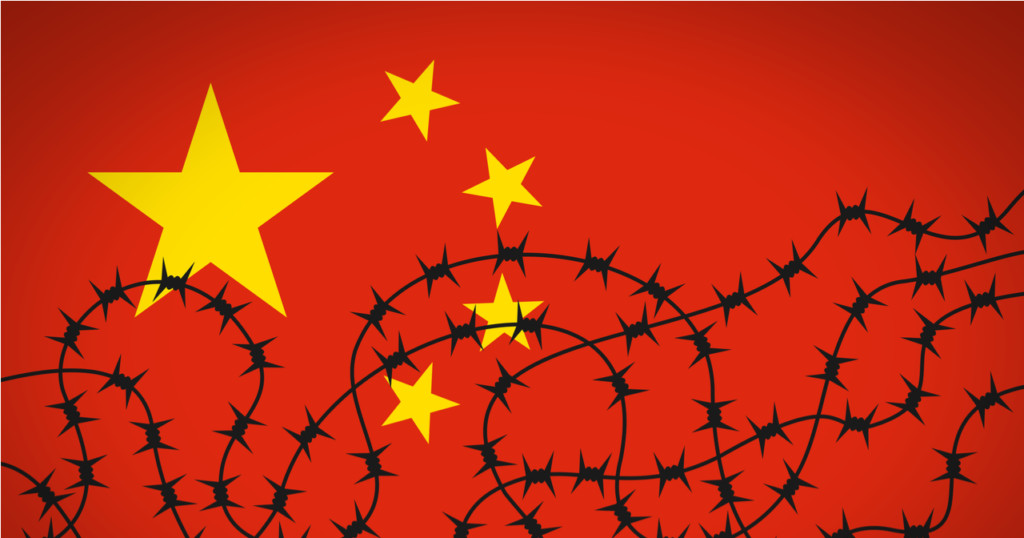 The future of more than 10 million Uyghurs, the Turkic-speaking Muslim minority in (what is now) China, is looking increasingly bleak and grim. The current massive crackdown by the Chinese government being waged against them, carried out in the name of “de-extremification”, has still not raised enough eyebrows. China is sparing no pains in its obnoxious campaign to wipe off any proof of its Uyghur Muslim population in what the Communist state calls Xinjiang Uyghur Autonomous Region, which was an independent nation state until China began occupying and colonising it in 1949. After a long period of silence partly because of China attempting to link Uyghur Muslim aspirations for liberation with the obnoxious global “War on Terror” discourse, calls have now begun to grow in the UN and the West to pressure China to halt alleged human-rights abuses against its Muslim minority. Unfortunately their brethren in fait have significantly failed to intervene or even offer stern condemnation in this regard.

Islam has been one of the main targets in the Chinese government’s campaign against the Uyghurs, and Islamophobia is being tacitly encouraged by Communist party authorities. Students, peaceful academics and even ordinary people for the simple reason for being Muslims are being jailed, with a massive high-tech surveillance state that monitors and judges every movement, subjecting the widely marginalised Uyghur people to a brutal siege. Internment camps have been set up with up to a million prisoners being indoctrinated and ‘re-educated’, leading to empty neighbourhoods, with major mosques in the major cities of Kashgar and Urumqi standing deserted. Prisoners in the camps are also being compelled to renounce God and embrace the Chinese Communist Party doctrines and prayers, religious education, and the fasting in the month of Ramadan being increasingly restricted or banned.[1] Those who disobey are reportedly subject to torture such as solitary confinement, deprivation of food, water and sleep, and even waterboarding. The reason that so many are being held is because most are arrested for no discernible reason, other than to curb religious practice and erase Uyghur culture.[2]

It is in the backdrop of this relentless state-backed campaign against their religious brethren, that the debased silence of Muslim leaders and communities around the world should be considered as deafening. In comparison, while the fate of the Palestinians stirs rage and resistance throughout the Islamic world, and Rohingyan genocide rightly attracted our attention, there has been comparatively little noise on behalf of the Uyghurs. Even after a UN official citing “credible reports” that the country was holding as many as one million Turkic-speaking Uyghurs in “re-education” camps, governments in Muslim-majority countries have issued no notable statements on the issue. Politicians and many religious leaders who claim to speak for Islām, have shamefully observed silence in the face of China’s political and economic power. Major Islamic countries such as Indonesia, Malaysia and Pakistan have not released meaningful public statements on the clampdown, nor have the likes of Saudi Arabia. Even Turkey, which has in the past offered favourable policies to Turkic-speaking groups and hosts a small Uyghur population of its own, remained silent as PM Erdogan grappled with an economic crisis of their own.

And thus, Beijing so far escaping any serious criticism from governments across the Islamic world in the face of this glaring injustice to Uyghurs, is simply inexcusable to say the least.  Peter Irwin, a project manager at the World Uyghur Congress says, “One of our primary barriers has been a definite lack of attention from Muslim-majority states.” This is not out of ignorance. As Omer Kanat, the director of the Uyghur Human Rights Project echoes, “It is very well documented. The Muslim-majority countries governments know what’s happening in East Turkestan”, using the Uyghur term for the region. Many Muslim governments on the contrary, have strengthened their relationship with China or even gone out of their way to support China’s persecution. In 2017, Egypt deported several ethnic Uyghurs to China, where they faced near-certain jail time and, potentially, death, to little protest.[3] This followed similar moves by Malaysia and Pakistan in 2011.[4] Even the Organization of Islamic Cooperation has taken no stand, even though 53 of its 57 members are Muslim-majorities.

What makes the Islamic world largely ignore the shrills and heart-breaking cries of their Uyghurs brethren? Answers lie in both economic and political/diplomatic reasons. China has become a key trade partner of every Muslim-majority nation. Many are members of the Chinese-led Asian Infrastructure Investment Bank or are participating in China’s Belt and Road Initiative. In South Asia, this means infrastructure investment. China accounts for about one tenth of Saudi Arabia’s oil exports and roughly a third of Iran’s, according to ship-tracking data compiled by Bloomberg. It is Malaysia’s top source of foreign investment. And it has ensured the flow of more than $60 billion in loans for China-Pakistan Economic Corridor infrastructure projects. Thus, Muslim nations “don’t want to damage their relations with China, and consider China a potential ally against the West and the U.S., and therefore they are trying to stay silent,” says Omer Kanat.[5] Thus China’s geo-economic strategy has resulted in political influence. Thus, elites in Muslims nations consider “having positive relations with China is more important than bringing up these human rights issues.”[6]

However, there are political and diplomatic reasons too, as maintaining trade ties is not the only motivator. Some governments loathe to draw global attention to their own shabby human rights records. Beijing has largely refrained from involving itself in conflicts in the Muslim world. Those nations “don’t particularly respect human rights themselves, so it’s hard to imagine that they would jump at an opportunity to criticize China,” says David Brophy, Senior Lecturer in Modern Chinese History at the University of Sydney.[7] Besides, China appears to have little place in the cultural imagination of Islam, even as China’s presence in the Middle East grows.

As Alip Erkin, an activist in Australia who runs the Uyghur Bulletin network says,[8] “the silence of the Muslim majority countries over the horrific treatment of Uyghurs is both frustrating and unsurprising,” even while, as James Millward, a professor at Georgetown University and author of Eurasian Crossroads: A History of Xinjiang opines, “the crackdown is starting to seep into China’s foreign relations. What we’re seeing is the policy effects of a shift in philosophy with regard to cultural diversity and ethnic diversity in China.” It may prove increasingly difficult to maintain the silence of the international community as China’s policies in Xinjiang spill across its borders. It is also frustrating because the principle of Muslim brotherhood has become a selective foreign policy tool that has more to do with the international politics of Muslim countries and less to do with its true message of solidarity. The Islamic world thus has an uncanny way of deeming who is worthy of helping and who is not.

So, the question remains: will the leadership of the Muslim Ummah, as well as the world at large, yet again sit idly by while another targeted genocide like the Rohingyan crisis occurs in China, only to say “never again”?

[6] Dawn Murphy, a China-Middle East relations expert at Princeton University quoted in the above article