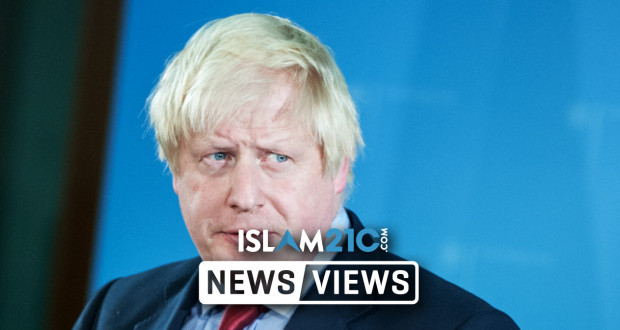 A long-awaited report by the Singh Investigation was released on Tuesday. The report was initially commissioned in 2019 by the UK Conservative Party after numerous allegations of Islamophobia were made against Prime Minister Boris Johnson and other senior members of the Tory party. The report incredibly rejects the notion that there is institutional racism at the heart of the party, yet significantly notes that “two-thirds of all incidents reported to the complaints database at Party headquarters (“CCHQ”), related to allegations of anti-Muslim discrimination”. [1]

The Muslim Council of Britain (MCB) were hot on the issue. In a press release on Tuesday, the umbrella organisation of around 500 masājid, charities, education centres, and professional networks “gave a guarded welcome to the Singh Investigation into racism in the Conservative Party”, noting that the report did not delve into “the root causes of this bigotry.” [2]

In addition, the MCB argued:

“[The report] does not address the structural nature of Islamophobia in the Party, how racism had impacted many elements of its culture, and how the Party had been disingenuous in its public responses. Furthermore, the Investigation fails to cover the polling data highlighting the scale of Islamophobia amongst the Party membership, and does not recommend specific training related to Islam and Muslims as is warranted given the scale of the problem.” [2]

The Singh Investigation, headed by Professor Swaran Singh after he was selected as chair for the review in December 2019, found that the large bulk of discrimination in the Conservative Party is that of anti-Muslim racism.

As Professor Singh notes in his report’s concluding remarks:

“Judging by the extent of complaints and findings of misconduct by the Party itself that relate to anti-Muslim words and conduct, anti-Muslim sentiment remains a problem within the Party. This is damaging to the Party, and alienates a significant section of society.” [1]

The incumbent Prime Minister Boris Johnson was, in late 2019, busy campaigning for the upcoming general election, which took place on 12th December. One of the points that opponents of the Tory Party used against Johnson was his inexplicable and most offensive remarks in his Daily Telegraph column in August 2018, in which he described Muslim women who don the burqa as “bank robbers” and compared them to “letterboxes” in appearance. [3]

The Daily Telegraph column’s comments by Johnson were at the time described by the then-Shadow Equalities Minister Naz Shah as “ugly and naked Islamophobia”. [4] Professor Singh highlights this particularly nasty example of Islamophobia in his report, alongside mention of Zac Goldsmith’s London mayoral campaign of 2016, where he attempted to smear the Labour candidate and incumbent Mayor of London, Sadiq Khan, as being associated with alleged extremists. [5]

“Tories are in denial on Islamophobia- says the hero praised around the world for his brave & compassionate response to the murderous attack in #FinsburyPark” @standardnews
Meanwhile @Conservatives its business as usual with #Boris #Burkha dog whistle 😔https://t.co/KXFl3GtgEo

A number of Muslim Conservatives have expressed their disappointment in the report, arguing it to be a “whitewash”. The former Conservative MEP Sajjad Karim attacked the way in which the review was set up, suggesting, “The manner in which this inquiry has been conducted means it is nothing but an attempt to whitewash deep-rooted issues out of sight.” [6]

“It is difficult to identify any basis upon which this has been a serious attempt to address credible and serious matters or deliver on Boris Johnson’s leadership election pledge.”

“If anything it acts as an illustration of an attitude inclined to view Islamophobia as an irritant best pushed to one side, when not being utilised in promoting culture wars, rather than as a serious, systemic issue which needs to be rooted out.” [6]

The Singh report has been released soon after the Labour leader Sir Keir Starmer was called out for being unable to choose whether he is against Islamophobia, owing to the Board of Deputies of British Jews claiming that an ifṭār event he was scheduled to attend had ties to the BDS movement in support of the Palestinian cause, and which subsequently led to his cancelling the event. The Singh report is therefore particularly damning for not only the Conservative Party but also the opposition Labour Party. [7]

Labour was delivered a serious blow in November 2020 after a report by the Labour Muslim Network found widespread Islamophobia, with nearly 50% of Muslim Labour members believing that the party is unable to address the form of discrimination, and one in four declaring they have experienced Islamophobia within the party at one point or another. [8]

The duo of reports now paints a clear picture: the two biggest political parties in the UK are both rife with Islamophobia, raising big question marks as to where else Muslim voters can now turn to for representation within national and local government.