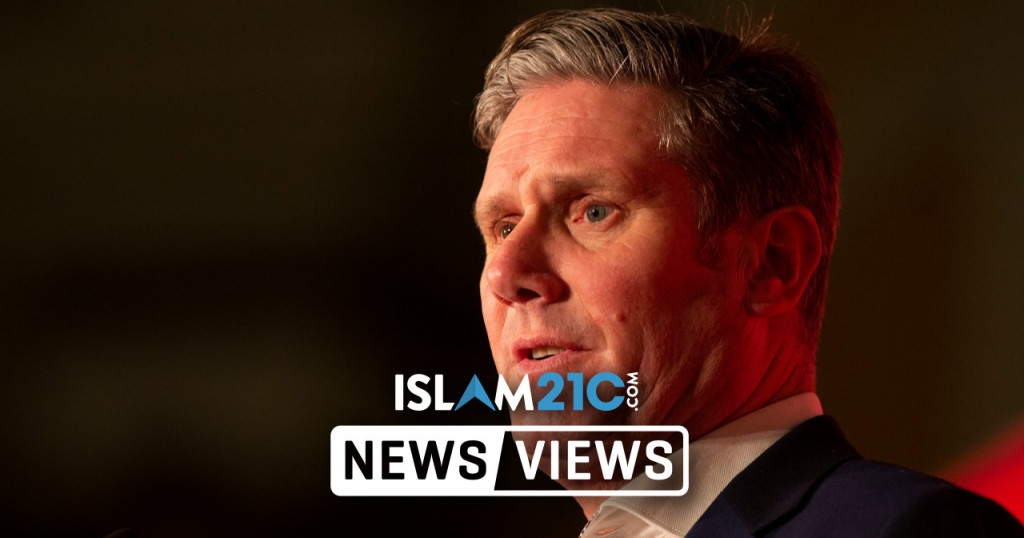 Anti-Islamophobia campaigners have lambasted the Labour Party leader Sir Keir Starmer for his apparent back-and-forth interaction with Britain’s Muslim community. [1] The accusations were levelled against the Labour head as he lead the party closer to the imminent local elections on May 6th. [2]

The hugely significant elections – which will determine nearly 5,000 local council positions in England, around 130 MSPs in Scotland, and 60 members of the Welsh Senedd – are being highlighted as one of the reasons behind Starmer’s inconsistent approach towards Muslim voters.

In an article in the Byline Times, Stephen Delahunty questioned whether Starmer is blowing hot and cold by picking sides on Islamophobia. This follows the recent decision by Starmer to decline an iftar event on account of alleged BDS concerns raised by the Board of Deputies of British Jews, a right-wing pro-Israeli organisation. Additionally, a damning report released by the Labour Muslim Network in November 2020 found that one in four Muslims experience Islamophobia within the Labour Party, and nearly 50% of Labour members hold the belief that the party cannot be entrusted to tackle the scourge of Islamophobia in the UK. [3] [4] [5]

Criminalising the criticism of Israel under the false pretence of Anti-Semitism has only led to the Zionist state expanding its systemic racism & discriminatory policies against the people of #Palestine, who are the rightful owners, proprietors & inhabitants of this land#Nakba

The backtracking of Starmer concerning the open iftar event, which was to be hosted by the Ramadan Tent Project, [6] resulted in a great sense of concern from the likes of MEND, who noted in a press release:

“MEND, Muslim communities, and Palestine activists across the country are deeply concerned by Sir Keir Starmer’s reported decision to withdraw from his scheduled attendance at the Ramadan Tent Project iftar, allegedly following concerns that one of the organisers retweeted a tweet supporting boycott, divestment, and sanctions (BDS) against Israeli dates grown on occupied Palestinian land.” [7]

In addition, a petition initiated by the Friends of al-Aqsa NGO argued that Starmer’s action was a clear double standard:

“We … are gravely concerned that Keir Starmer … pulled out of a public iftar with Muslims during Ramadan. In this selective disengagement, the Labour leader is discriminating against Muslims, which feeds into the systemic Islamophobia that is rife within the Labour Party.” [8]

The withdrawal from the Ramadan event suggests that Starmer is more interested in securing political goals and appears happy to score such goals by moving the posts concerning Islamophobia.

The MEND statement, released on 24th April, went further to note that boycotts, divestments, and sanctions against the Zionist state of ‘Israel’ have only been growing, with concerns raised that Labour is slipping further away from its claims of being an advocate for justice in matters around the world.

“Numerous UN resolutions have affirmed that settlements in the occupied West Bank and Gaza Strip are in breach of international law. Meanwhile, support for boycotts, divestment, and sanctions against goods grown on illegal settlements or through other means deemed in contempt of international law are a legitimate form of democratic activism to promote peaceful change, regardless of where in the world such acts are being committed.” [7]

Concerning the world’s tacit acceptance of Israeli aggression towards the Palestinians, Dr Anas Altikriti, founder and CEO of the UK-based Cordoba Foundation, posed the question: “…what kind of world do we live in that fails to recognise a crime committed against an entire nation, and then fails to intervene as further crimes and violations are committed?” [9]

“Criminalising the criticism of Israel under the false pretence of Anti-Semitism has only led to the Zionist state expanding its systemic racism & discriminatory policies against the people of #Palestine, who are the rightful owners, proprietors & inhabitants of this land.” [10]

The thousands of youngsters protesting against Israeli settlers and soldiers in #Jerusalem is a testimony to the righteous essence of the Palestinian struggle.
This is a fight they simply will not lose, whether now or later.#Palestine #Nakba

There is also the danger that Muslim voters may seek to punish the Labour Party in the May 6th elections owing to Starmer’s recent “disengagement”. This could result in a shift to the Conservative Party in areas where, according to recent electoral data, there are 30 parliamentary seats in which Muslims make up 100% of the swing vote. [11] [12]

While Starmer has been called to urgently clarify his position on the reasons behind his iftar cancellation, he has yet to do so. Many have called upon the leader of the Labour Party to apologise for his misjudgement in actions and to speak directly to Muslim voters or risk losing a generation of them.

Why I am leaving the Labour Party