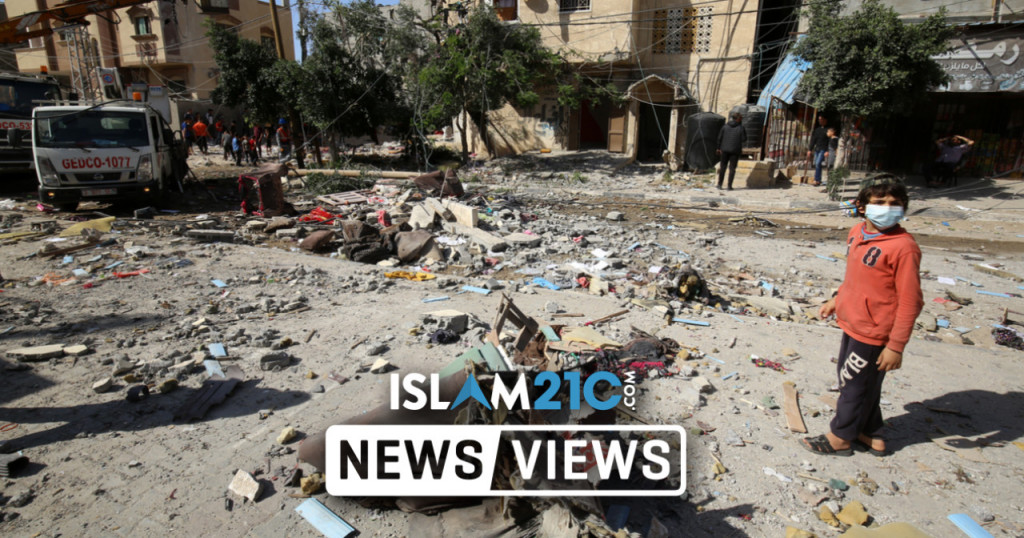 Israel remains humiliated by the ever-present resolve of the Palestinians, who are livid at the Zionist occupation forces that hold the Gaza Strip hostage. Israel maintains a stranglehold on the Palestinian territories in both economic and military terms. Furthermore, it exercises control over the allocation of water, electricity, and other vital supplies. Despite these harsh restrictions, the Palestinians remain bold and strong. As an indication of its frustration, the Israeli army has been unleashing airstrikes on Gaza after a single policeman was injured in a cross border shooting on August 21. [1]

The date of the incident was particularly poignant, as it commemorated the 52nd anniversary of the 1969 al-Aqsa arson attack. On Thursday, 21 August 1969, an Australian Christian by the name of Denis Michael Rohan set fire to the mosque’s minbar (pulpit). Known as the Minbar of Saladin, it was an incredibly iconic and intricate 12th century piece that dated back to the 1187 conquest of Jerusalem by the legendary Ṣalāḥ al-Dīn (raḥimahu Allāh); it was completely destroyed after Rohan’s wicked crime. While the perpetrator was ultimately arrested and tried for the despicable act, he was found to be mentally insane. He was subsequently hospitalised in secure institutions for the large part of the remainder of his life. [2]

The Israeli Special Forces member who was injured during the demonstrations of August 21 was a 21-year-old staff sergeant named Barel Schmueli. He was shot after the barrel of a handgun catapulted a bullet, which hit him in the head. Incredibly, in an ironic twist of fate, Schmueli happened to be an elite sniper, and was a part of the Yamas undercover Mistaravim Border Police Unit. He was hit whilst taking a sniping position at a border wall, and subsequently died of his injuries on Monday. [3]

Immediately after the shooting, Israeli warplanes bombarded the Gaza Strip. The shooting of Barel Schmueli had been a focal point during protests, as hundreds of Palestinians gathered at the heavily fortified border in solidarity against the Zionist state’s continued oppression and stranglehold over the territory. 41 Palestinians were tragically injured in cross-border fire, with two critical medical cases also reported. After the Israeli army ordered a number of military strikes, the following statement was issued: “fighter jets have struck four weapons storage and manufacturing sites belonging to Hamas.” [4]

A spokesman for Hamas, Fawzi Barhoum, mocked the Israeli army, suggesting that it was:

“…trying to cover up its failure and disappointment in front of the steadfastness of our people and their valiant resistance.” [4]

Part of the undercover police officer’s role was to blend in with Arabs in the occupied territories and undertake counter-terror operations. Shortly before his death, the Israeli Prime Minister Naftali Bennett sought to score political points. He engaged with the family of Schmueli, but was instantly slapped down as the sniper’s father accused Bennett of being a “coward”. In an audio recording of a bizarre telephone conversation between Bennett and Yossi Schmueli, Bennett is heard mistakenly asking where “Yossi” is hospitalised. The father retorts, “It’s Barel, his name is Barel.” [5] Bennett later apologised for his error, explaining that he had mixed up the names of the father and son in an “honest mistake”. [6]

“I called Yossi, Barel’s father, yesterday, out of honest concern for Barel’s family and in order to offer strength to his parents at such a difficult point in their lives…Yossi expressed natural anger and frustration to me.

“I apologize for that from the bottom of my heart. There are no words to describe the pain and difficulty his family is going through.” [6]

“Benjamin Netanyahu called at midnight, with questions and well wishes. He cried on the phone — he cried. He knew every detail, asked about his surgeries. Mr. Bennett didn’t even know his name, asked which hospital he was in. What an embarrassment.” [6]

Amongst the casualties inflicted by the apartheid state’s soldiers in the recent escalations was a 12-year-old Palestinian boy, who was shot in the head whilst being on the sidelines of the flare-up on August 21. With sadness, the Palestinian health ministry reported on Saturday that Omar Hassan Abu al-Nile, who hailed from the Tuffah neighbourhood of Gaza City, had “succumbed to his injuries”. [5] [7] Another Palestinian, 32-year-old Osama Khaled Deaih, was also shot by Zionist forces during the demonstrations. He died from his injuries last Wednesday. [8]

Relatives and friends of Omar Hassan Abu al-Nile mourned on Saturday after the 12-year-old Palestinian boy died of wounds sustained when he was shot last week by Israeli soldiers during clashes along the border with Gaza.https://t.co/g1MjFUPl6n pic.twitter.com/sBWhGEbwIG