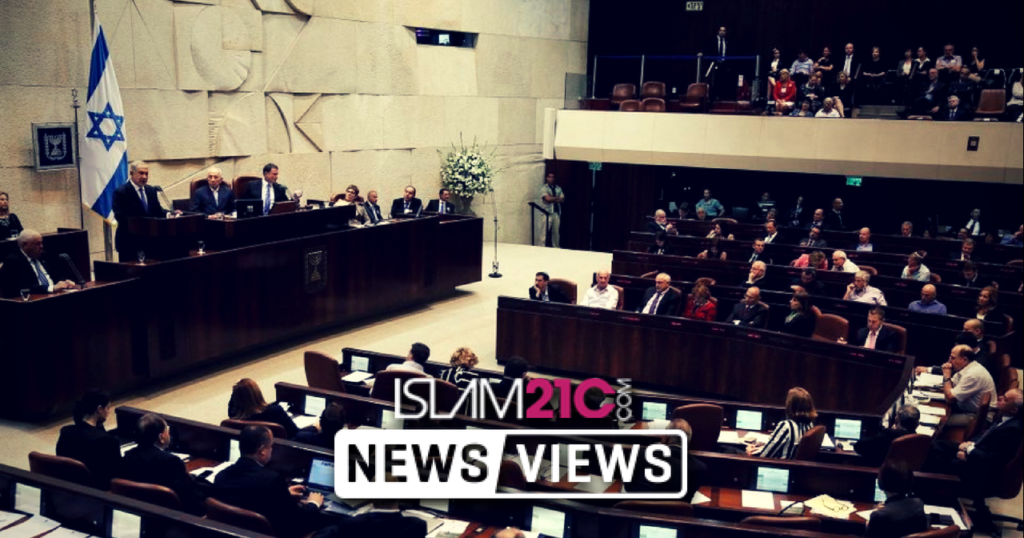 Israel’s Parliament (Knesset) have rejected a proposed bill calling for equal rights for all of its citizens. The bill, sponsored by an alliance of Arab parties, had a stated objective “to anchor in constitutional law the principle of equal citizenship while recognising the existence and rights of the two, Jewish and Arab, national groups living within the country”.[1]

However, somewhat unsurprisingly such a notion, at odds with the apartheid regime, was dismissed by the Knesset Speaker as a “preposterous” bill that “must be blocked immediately”.[2]

The news has been largely ignored by mainstream media in the West, even though it is a very clear refutation of any claim that the Zionist nation is “the only democracy in the Middle East”.

Speaking after the bill’s disqualification, one Arab member of the Knesset, Haneen Zoabi, said:

“The cancellation of our bill shows that democracy and equal rights do not go hand-in-hand with the way Israel defines itself as a Jewish state.

It is clear that Israel considers democracy, or even demanding it, a threat to its existence.”

“If Israel wants to remain a democratic state, it must treat all of its citizens equally.” [3]

“Why should Jews from around the world come here and become privileged citizens in the state while native Arab Palestinians are relegated to second-class status? Israel is a racist and a contradictory country.”

Palestinian Arabs constitute roughly 20% of the Israeli population; the 1.5 million being the minority who managed to avoid expulsion from their homes when the Zionist state was founded on Palestinian territory in 1948 and further land grabbed and occupied in later wars.