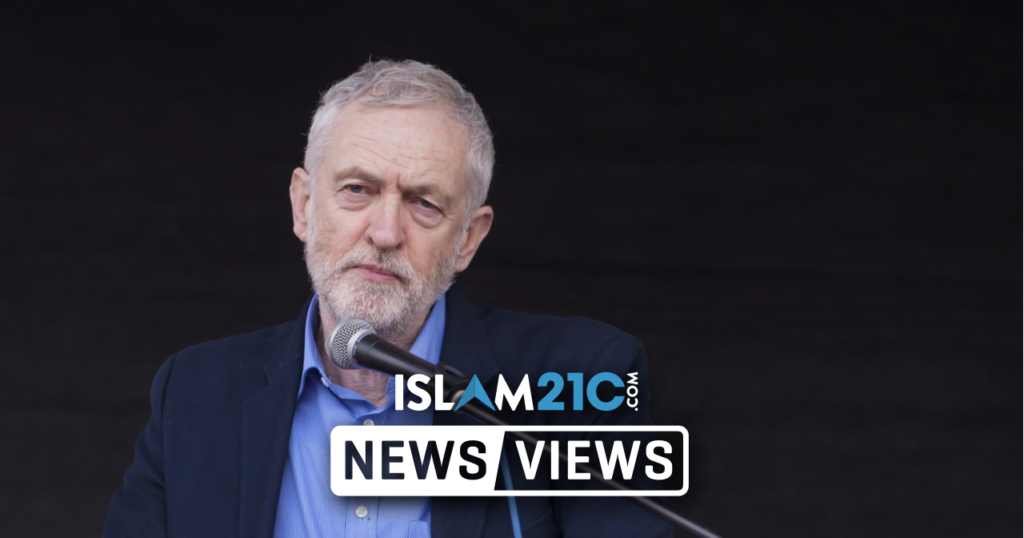 An internal Labour dossier titled ‘The work of the Labour Party’s Governance and Legal Unit in relation to antisemitism, 2014-2019’ has been leaked. It suggests that some Labour Party officials opposed to Jeremy Corbyn’s brand of politics systematically sabotaged him and actively worked to lose the 2017 general election.

The 800-odd page document, which emerged over the weekend, contained a huge collection of WhatsApp messages and emails. The messages demonstrated how Blairites despaired as Labour scaled the polls during the 2017 election campaign.[1]

During the election campaign, the report reveals that senior officials from the right-wing of the party channelled funds to other like-minded right-wing candidates within the party. Not only that, but they also refused to share information with the leader’s office as would have been expected of them. They came into the office to “do nothing for a few months”.

A group of right-wing Labour employees who would rather a Tory Government than to see Jeremy Corbyn as Prime Minister created a chat group so that they could appear to work while actually speaking with each other. A member of the group taunted that “tap tap tapping away will make us look v busy”.[2]

In response to the dossier findings, Matt Wrack, the general secretary of the Fire Brigades Union (FBU), which is affiliated with the Labour party, called for disciplinary action to be launched against the officials named in the report. He said:

“This is clear evidence of what many party members knew all along – that whilst Jeremy Corbyn was trying to deliver a Labour government, senior Labour officials were conducting a vicious sabotage campaign against him,”

“This abuse – which included repeated attempts to weaken Jeremy Corbyn’s position – was taking place at the very same time that Labour activists were knocking on doors day and night to try and deliver a Labour government. Particular shame should be felt by those who were planning to oust Jeremy Corbyn less than four months after he had won a second leadership election.”

After securing the Conservative Party’s leadership, Theresa May called for the 2017 election to consolidate her power and ease her way to an orderly Brexit. May expected, as did all other political commentators and indeed the Labour party itself, to romp to victory. It is reported that a secondary wish was to destroy the Labour party in the polls in the process.

The leaked cache of documents demonstrates that senior right-wing officials within the Labour Party were hoping and working for the same. The report also exposed the fact that Labour’s surprising and unexpected toppling of the Tory majority in the 2017 election was met with despair by these same officials, with one senior Labour official decrying the result as the “opposite to what I had been working towards for the last couple of years” and that they had been left “silent and grey faced”. As Jeremy Corbyn’s Labour Party dramatically overturned the Conservative majority, another Labour member advised their fellow conspirators “we have to be upbeat and not show it,” whilst another described the result as simply “awful”.

The lengthy dossier paints a sinister and troubling picture of the higher echelons of the right-wing in the Labour party as it describes discussions between right-wing senior Labour officials about fellow left-wing Labour colleagues. Within such discussions, a senior right-wing Labour official mocked a young activist as having “mental health issues” to which another official added: “I hope [name of activist redacted] dies in a fire.” Whilst another pitched in to say: “wish there was a petrol can emoji.”[3]

Other right-wing senior members of staff employed violent and degrading language including joking about “hanging and burning” the party leader and suggested that a supporter of Jeremy Corbyn “should be shot”. Others made sexist and derogatory comments about women and their choice of underclothes.

In early 2017, senior right-wing Labour officials described Dianne Abbott (Labour’s first and most famous black female MP) as “truly repulsive” and jested about her having “been found crying in the loos”, and another suggested they tip off a journalist about Abbott’s whereabouts.

In terms of antisemitism, the dossier dismantles the claim, which had been popularised by BBC Panorama, that Corbyn’s leadership office was responsible for interfering in the effort to deal effectively with complaints of anti-Semitism.

A central conclusion of the report is that the old Blairite party apparatus wilfully failed to investigate reports of anti-Semitism for factional and political reasons, which is in itself a cause for alarm. This then allowed a backlog to build up by the time Jenny Formby (current General Secretary) was appointed. The report states: “By the time a new general secretary took over Party HQ in April 2018, there was a backlog of cases that had been ongoing, often for years, with little to no progress.” The recommendations of the Chakrabarti Report were routinely ignored.[4],[5]

The report goes so far as to state that there was an “abnormal intensity” of antagonism towards Jeremy Corbyn, and that this contributed to mistakes when dealing with anti-Semitism. It further went onto state that Blairite officials, who were motivated by enmity for Corbyn’s left-wing politics and his decisive break from the Blair/Brown era, made a concerted effort to scupper the handling of complaints about anti-Semitism for their own disturbing purposes.[6]

The internal dossier said it had found no evidence of anti-Semitism complaints being treated differently to other forms of complaint, or indeed of current or former staff being “motivated by antisemitic intent”.[7]

Campaign Against Antisemitism said the document was a “desperate last-ditch attempt to deflect and discredit allegations” and amounted to “an attempt to imagine a vast anti-Corbyn conspiracy”.[8]

Corbyn critics had previously stated that the former Labour leader’s long and vocal support for Palestinian rights throughout his parliamentary career had de facto attracted anti-Semites to the Labour Party. However, a Home Affairs Select Committee found “no reliable, empirical evidence to support the notion that there is a higher prevalence of antisemitic attitudes within the Labour Party than any other political party.”[9]

Charlotte Nichols, Labour MP for Warrington North, said the report should be published in full. She stated: “Jewish members have a right to know what has happened and to see the evidence.”[10]

The report reveals that “The party’s resources – paid for by party members – were often utilised to further the interests of one faction and in some cases were used to undermine the party’s objectives.” The report went further: “Ahead of the 2017 election, officials spoke of channelling resources to candidates critical of the leadership, with one telling colleagues “we need to try and throw cash” at the seat of then-deputy leader Tom Watson, a constant thorn in Corbyn’s side, who sensationally quit on the eve of the General Election in 2019 in an effort to inflict maximum damage on the Corbyn campaign.

Former shadow health secretary, Andy Burnham, commented on the reports of the leaked dossier: “Seems right to me. Always felt like the party machine opposed my pro-public NHS and social care policies between 2010 and 2015.”

Labour shadow minister Alex Sobel said: “To read the messages and emails that our own staff conspired to undermine our candidates and starve those in marginal seats of resources is a disgrace.”

John Taylor of Momentum commented: “Labour came so close in the 2017 general election. Winning 40% of the popular vote, we were less than 2,500 votes away from forming a government. Had we pulled together, we could have won. A Labour government could have revived crucial public services, built a more resilient economy, and saved lives by giving our NHS the resources it needs.” Taylor went on to say: “That’s why we’re calling for Keir Starmer to announce a full inquiry into the report, including into the possible misuse of funds.” The new Labour leader has since called an independent inquiry.

There has been some suggestion that the report also speaks of Islamophobia within the right-wing of the Labour party. Accordingly, the report needs to be published in full so that the veracity of these claims can be investigated. However, what is clear is that the right-wing of the Labour party is just a lighter shade of Tory blue and is more focussed on propping up the establishment than to make a progressive change for the vast majority of working-class people.