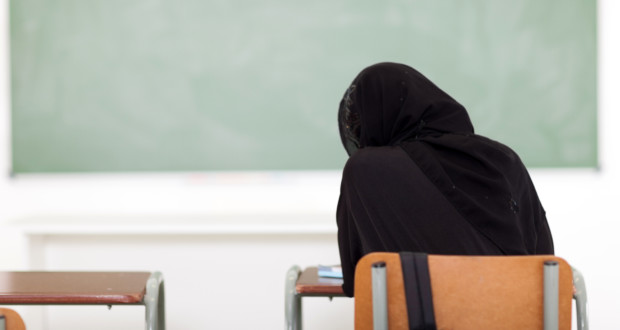 Police have arrested a man accused of making a disturbing video in which he follows Muslim schoolgirls, making racially vulgar comments and calling for them to be sterilised.

The man, said to be in his 60s, was arrested Monday on suspicion of a racially aggravated public order offence and has been taken into custody for questioning over the video.

A spokeswoman for the Metropolitan police said:

“A man in his 60s has been arrested by police on suspicion of a racially aggravated public order offence. The arrest was made in connection with an incident which is believed to have taken place in Tower Hamlets”.

“A video was posted online which showed schoolgirls most of whom were wearing hijab head coverings. A male voice on the clip was heard providing abusive and offensive commentary” the statement added.

Other than making racially vulgar comments, the man said “I think what we might have to do is think of something like old doctor Mengele”, referring to Josef Mengele, a Nazi doctor who performed deadly experiments and horrific methods of sterilisation on prisoners.

According to the Metropolitan police and the mayor of Tower Hamlets, the schoolgirls were unaware they were being filmed.

In recent years, there has been a significant increase in anti-Muslim hate crime in the U.K. with 2017 having a record number of Islamophobic attacks.

There have been over 1,200 reports of Islamophobic incidents, a 26 percent surge from the previous year.

Islamophobic incidents have risen significantly due to a number of factors such as Brexit and the proliferation of far-right groups manipulating peoples’ misconceptions on immigration.