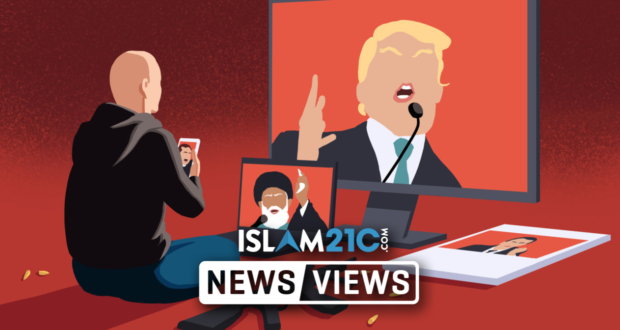 Study reveals that Muslim attackers are three times more likely to be called terrorists than far-right ones.

The research, undertaken by Signal AI and published on April 3rd, analysed various media coverage, including radio broadcasts and TV transcripts, on a number of terrorist attacks that had taken place in the last two years, and came to the conclusion that there is a consistent reluctance by media organisations to identify right-wing attackers as terrorists.

“Both in terms of the language used, and the quantity of coverage, media treatment of different forms of extremism is skewed. A Muslim can be expected to be immediately labelled a terrorist, whilst the media is hesitant to apply this term to white people.” 1

In the aftermath of the Christchurch terrorist attack in New Zealand, in which 50 Muslim worshippers were slaughtered by a White far-right attacker , Signal AI found that of the 200,000 articles analysed, 90,000 articles made no links between the attack and terrorism, and over 40% of global coverage had not labelled the attack as an act of terrorism.

The research body also compared the coverage of the Christchurch attack, and five others, to the coverage of six Muslim attacks that had occurred in the last 15 months, looking at the number of times the word ‘terrorism’ had been omitted. In the Muslim-perpetrated attacks, only 19.2% of global coverage had not used the term ‘terrorism’, compared to the 84.1% in the far-right attacks that had not been labelled as acts of terrorism.1

The results were described as “striking, if uncomfortably unsurprising”1, and that it is evident that the media coverage on Muslim attacks is largely different to that of far-right attacks, with the media expected to label attacks perpetrated by Muslims as acts of terrorism.

“The belief that the media treats terrorism unequally depending on the background of the attacker is grounded in the numbers. In the attacks studied, articles on Islamic extremism did not mention terrorism one-quarter of the time. Articles on far-right attackers did not mention terrorism three-quarters of the time. This is an issue that will apply to media in all topics, not simply terrorism. No media outlet can be taken as an impartial source, each weave their own preconceptions and biases into narratives regardless of the topic.”1

The analysis, however, also found that in the case of the Christchurch attack, media outlets, unusually, were willing to label the right-wing attacker as a terrorist as New Zealand Prime Minister Jacinda Ardern had declared the incident an act of terrorism within six hours of it taking place. Such a decision, which has been described as bold, caused the media to follow her lead.

This is in contrast to other world leaders, such as United States President Donald Trump, who were reluctant to label far-right attacks as acts of terror, and thus, result in the media doing the same. One example, given in the study, was the Pittsburgh synagogue attack in October 2018, in which Trump described the attack as an act of murder.

“It is important to note that these results are in spite of a huge structural disparity in the types of views, acts, and behaviours that are seen through the lens of “terrorism” and “extremism” in the first place. When Muslims carry out crimes or exhibit anti-social behaviour incorporating the language and icons of their cultures—such as obnoxious language or violence against those outside of their “group”—there is a greater readiness to jump to viewing it through the prism of national security, using ancient stereotypes and narratives about non-White violence as being somehow congenital rather than a symptom of other factors, such as retaliation, hooliganism and/or sociopathy. This is before it even gets to the stage of media reporting.

For example, psychologists estimate that 1% of a general population are likely to be clinically psychopathic,[2] whilst around 4% are sociopaths.[3] If there are three million Muslims in the UK that means we would expect—if we were represented proportionately—120,000 Muslims in the UK to be “completely lacking in conscience and in feelings for others,” who “selfishly take what they want and do as they please, violating social norms and expectations without the slightest sense of guilt or regret.”3 This behaviour is thus woven into a narrative about terrorism for a Muslim more likely than a non-Muslim, just like it is woven into narratives about “gang” violence for young black men.”

According to research conducted by the Independent Newspaper, far-right “extremism” is growing in the UK and White British people are more likely to sympathise with “extremism” than those of Asian Muslim descent.[4] The government has been warned to not solely focus on Muslim-perpetrated attacks as there is an increasing threat of far-right attacks, which many academics have attributed to the hysteria and suspicion manufactured by the counter-terrorism apparatus’ disproportionate assumption of a Muslim threat. Professor David Miller et al. famously included the sprawling counter terrorism apparatus as “the backbone of Islamophobia in this country and other countries.”[5]

Also read: “The main reason we have Islamophobia is the Counter Terrorism apparatus”