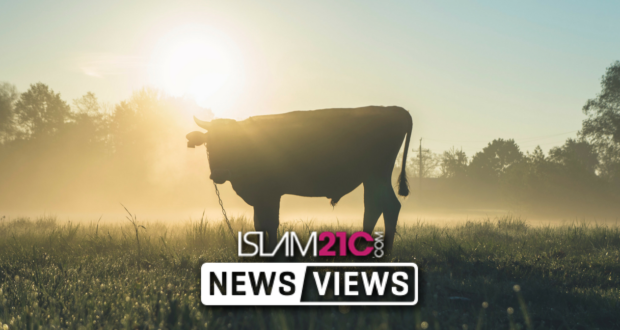 A group of Hindu extremists attacked and killed a Muslim man in the state of Rajasthan last week whilst he was transporting two cows, accusing him of smuggling the animals.[1] The man, Akbar Khan, was with an associate who fortunately escaped when the so-called “cow vigilantes” attacked.

The Washington Post carried horrific detail of the attack, reporting how the police found the victim in a pool of blood but took three hours to take him to the hospital, choosing to instead first take the cows to a shelter and then stop for tea. Some witnesses reported that the police themselves beat the victim as well.[2]

The attack comes just over a year after another Muslim was murdered for the same alleged crime of smuggling cows, and a month after two Muslim men were lynched over alleged cattle theft.[3] Human Rights Watch report that 38 attacks took place in 2017 alone, resulting in 10 deaths; with police largely taking no action other than charging the victims with cow smuggling or cow slaughter.[4]

Cow vigilantism is the more palatable term given to violent and hateful Hindu mobs targeting and sometimes killing human beings in the name of the cow, which they take as a deity. It has been a growing trend in India since Modi’s Hindu nationalist party came to power in 2014; squads of extremists are known to roam the streets, seeking out livestock trucks in order to take the law into their own hands should any cows be found.[5]

Whilst some politicians have reacted with strong words, little underlying action has been taken by the ruling BJP, leading to accusations of complicity; after all, it was under Modi’s rule of Gujurat which saw Hindu mobs act with impunity, killing hundreds of Muslims in 2002.[6]

Highlighting the government’s lack of condemnation and slow response, one Muslim MP tweeted that “a cow in India has a fundamental right to life” but a “Muslim can be killed for they have no fundamental right”, adding that the last four years under Modi have been one of “lynch rule”.[7]

One BJP legislator, Gyandev Ahuja, is said to have reacted to Akbar Khan’s death by defending the murderous mob, with one of Khan’s friends claiming that the attackers specifically named Ahuja as their protector and enabler to act with impunity.[8] Ahuja has since denied defending them, but has previous history of such behaviour. In a similar incident in 2017 he was quoted saying with regards to another murdered Muslim, “he was a cow smuggler… sinners like him will meet this fate.”[9]