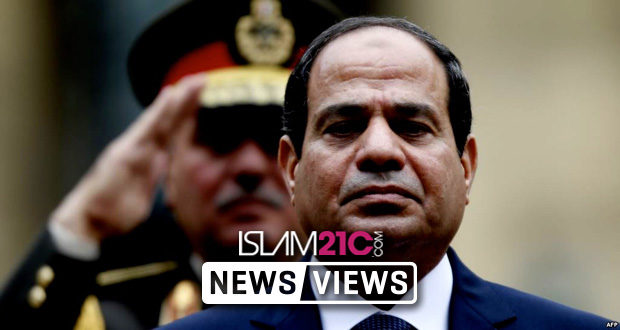 A recent BBC report on enforced disappearances in Egypt allegedly carried out by the police with no due process or accountability, has led to the arrest of the mother of one of those missing.[1] In a distressing report, the BBC spoke to Um Zubeida about her missing daughter, who was last seen in April 2017. According to the BBC, the daughter Zubeida, aged 23, had been on the way back from hospital in Cairo, where she had been undergoing treatment for trauma following previous alleged cases of horrific abuse and abduction by state forces.

Waiting in the car whilst her brother collected medication for her, witnesses said that armed masked men arrived in a police vehicle and took her away. The last time her voice was heard was moments later when she made a desperate phone call to her relative in which police were heard hurling insults at her before the phone was quickly switched off. That was 10 months ago.

Um Zubeida, who was also previously detained with her daughter for 7 months in 2014 after walking nearby a protest, spoke to the BBC in brave defiance of the regime, saying:

“I wish they would take me, and let her go. Take me, arrest me instead. What danger might we pose to those in power? If my daughter is disappeared and they’ve taken her and tortured her, how can I not speak out? Even if my words lead to my hanging, I will still speak.”

The report was published in the build-up to this month’s so-called “elections” in Egypt, where any opposition deemed to be an actual challenge to coup leader Abdel Fattah al-Sisi, has been arrested or barred from running.[2]

However, days after the BBC report, in a rather obvious media show, Zubeida mysteriously appeared on TV denying that she had been detained or mistreated, and the Egyptian State Information Service demanded an apology from the BBC.[3] Whilst al-Sisi’s feathers had clearly been ruffled, Um Zubeida continued to call for her daughter’s release, claiming the TV appearance was “forced under torture”, and she has now been arrested herself.

Additionally, a lawyer familiar with the family’s case is also said to have disappeared in recent days, with Amnesty International expressing their deep concern over events. [4]

In a separate yet related development, the regime also announced that anyone who “defames” security forces would be charged with high treason,[5] effectively calling for an end of freedom of speech; a stance which has already been displayed for a number of years in the treatment of journalists and others.[6]