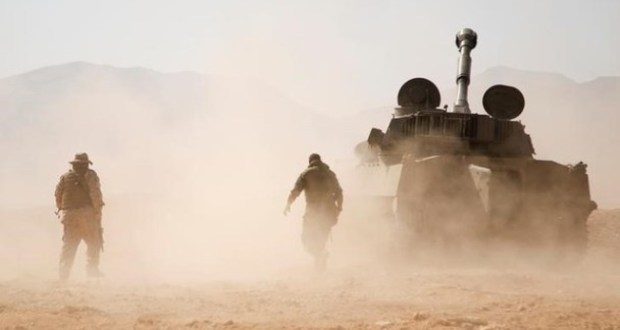 A deal struck between Lebanese Shia Militia ‘Hezbollah’ and ISIS has sparked outcry in the country. Several reports previously spoke about joint interests between the two groups and such may have been confirmed by this latest understanding. The deal was successfully brokered despite ISIS persistently refusing to cooperate with Sunni factions across Syria.[1]

The deal was struck after days of negotiation between Hezbollah and ISIS. With ISIS  spread across the Lebanese-Syrian border, this is the first of its type between the alleged sworn enemies.

The agreement, drawn up by Hezbollah, provided for the withdrawal of 600 ISIS fighters along with their families on Monday from the wide mountainous areas on the border between the two countries, under Assad Syrian military escort.[2] Several political parties saw this as an invitation from Hezbollah to ISIS to launch further attacks near the Lebanese border.

The second part of the agreement required that ISIS indicate the location of the remains of eight Lebanese soldiers captured by the group in 2014 and killed over a year later. It also includes the release of a Hezbollah captive and the body of an Iranian militiaman.

Oddly, after the capture of the Lebanese soldiers, Hezbollah repeatedly asserted that it would never pursue negotiation to secure their release despite the opportunity to do so before the soldiers were killed.

Since the uprising in Syria, thousands of Hezbollah militiamen entered Syrian territory to back the Syrian Regime and have accused the various rebel groups of being ‘Wahabis’ and ‘Takfiris’.

Also read: Takfīr Is Not Your Job

Many have thus been left perplexed as to its open willingness to negotiate with ISIS, the same group supposedly at loggerheads with Iran, and raises the question as to the group’s origins and covert political relations.