Ozil on Uyghur: Where are the Muslims? 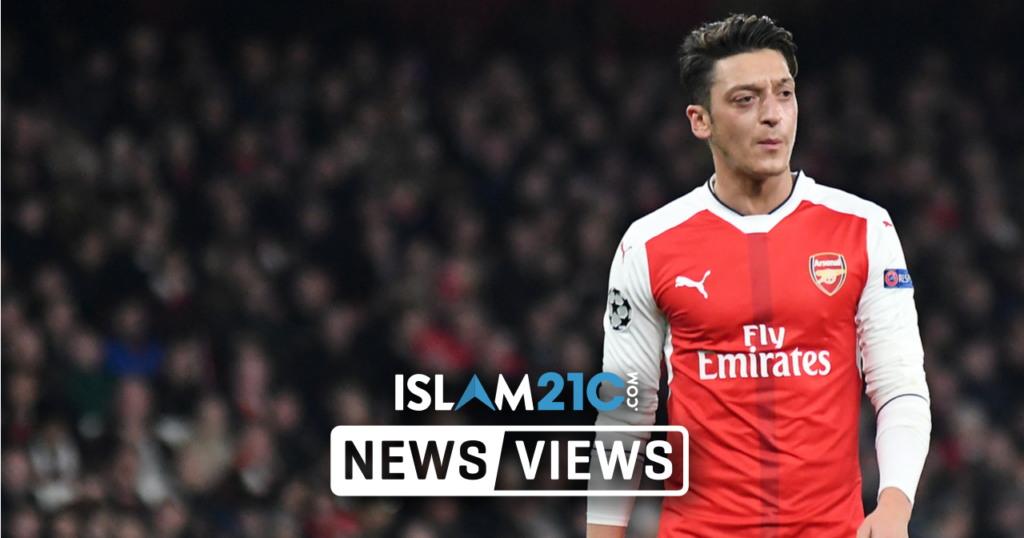 Arsenal midfielder Mesut Ozil took to Twitter to express his support for the people of Uyghur, urging Muslims around the world not to remain lax, as those residing in the Xinjiang province in China continue to face persecution from the local authorities. [1]

The bleeding wound of the Ummah,

Resisting against the persecutors trying to separate them from their religion.

They burn their Qurans,

They shut down their mosques,

They ban their schools,

They kill their holy men,

The men are forced into camps and their families are forced to live with Chinese men,

The women are forced to marry Chinese men…

But Muslims are silent,

They won’t talk about it,

They have abandoned them

The honourable Ali (son-in-law of the Prophet Muhammad) said, ‘If you cannot prevent persecution, expose it’

The Western media and states have been raising awareness of their flight for months,

Why haven’t the Muslim world?

Don’t they know that turning a blind eye to persecution is despicable?

Don’t they know that it is not the suffering of our brothers being tortured that is going to be remembered, it is our silence…

In addition to stating the atrocities that have been committed on the Uyghur Muslims, Ozil lamented the inactiveness of Muslims around the world. His tweet, which has been liked over 70,000 times as the time of writing, has helped to fuel awareness for the situation in China, especially on social media.

China has received a myriad of condemnations for setting up a vast network of camps in Xinjiang – dubbed as “vocational schools” – that are clearly a façade for blatant and inhumane ethnic cleansing methods. [3]

Rights groups estimate over one million Uyghurs have been detained without trial and rounded up, with their religious, commercial and cultural rights restrained. [4]

Since his tweet, the former German international and FIFA World Cup winner did not have the support of his domestic club, Arsenal FC, with the club instead issuing a statement distancing themselves from his remarks.

It is believed that Arsenal has close ties with China, with many joint business deals, including a chain of restaurants. The club, therefore, sought to limit any damage to its business by posting a statement on Chinese social media platform Weibo. [5]

“As a football club, Arsenal has always adhered to the principle of not involving itself in politics.”

Some angry fans even took to the same platform calling for a ban on airing Arsenal games featuring the 31-year-old. [6]

Just this week, as the polls opened on Thursday for the general election, Hector Bellerin tweeted: “Young people across the world have a chance to change what the future can be. Today’s the chance for all the British people to influence what your future and those living here holds. #F***Boris #GoVote.”

However, on that occasion, the club did not issue a statement in response to this “political” event. [1]