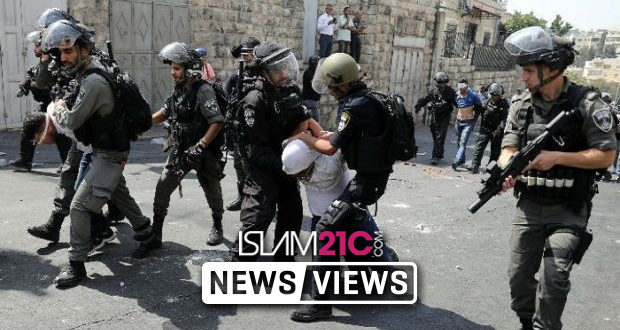 Protests in Palestine; Under-Reported and Under-Supported

Protests broke out across Palestine mere moments following the announcement by Trump that the US would officially recognise Jerusalem as the capital of Israel. The Palestinian response was a uniform and loud refusal to accept what they saw as the giving away of their land, symbolised through stone throwing and tire burning.

The Israeli counter-response was predictable and violent: tear gas, rubber bullets, and live ammunition to silence the protests. So far, the Israeli forces have wounded at least 31 Palestinians, including many youths, and at least one small child. Many Palestinians view East Jerusalem as their rightful capital. These new events are thus seen as the furtherment of the Israeli encroachment on Palestine, a stealing of their homeland that will inevitably be met with anger.

The BBC’s coverage of the event has been expectedly poor. Phrases such as: “Palestinians have been wounded in clashes”, and “injuries are mostly from tear gas and rubber bullets, but at least one was hurt by live fire” do well to avoid directly pinning the blame on Israeli forces. The trick is to make the events seem like a clash between two equally at-fault parties who disagree.

The scope of the coverage is also purposefully narrow; mention of legal repercussions for the Israeli army and government are completely out of the question. Stone-throwing and bullet-firing are treated as equals to nullify the one-sidedness of the violence, and the mention of land appropriation is absent.

That is, if one even finds the BBC article covering the protests on their website. Currently, the article is positioned after other articles about Brexit, the Ballon d’Or, and the new Time magazine cover. The BBC feels that the article deserves a position alongside events such as “Coventry named UK City of Culture 2021” and “Man saves rabbit from US wildfires”.

However, the hardened Palestinian people are not to be broken with violence.

Scenes like this are all too common in Palestine. Jerusalem itself is fiercely guarded by the Israeli army, and Palestinians are refused entry unless they hold Isareli-authorised permits.

2017-12-08
+Editor
Previous: Hamas calls for an uprising against Israel on Friday: “Day of Rage”
Next: On the Mimbar: Reviving Al-Aqsa in our Hearts