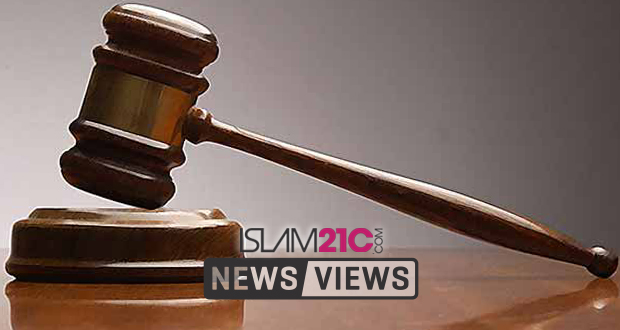 Student Islamic Societies as well as the National Union of Students, a confederation of nearly 600 students’ unions representing 7 million students, have welcomed the recent judicial review judgement claiming it has vindicated their long-held anti-Prevent stances.

Kingston University’s Islamic Society (Kingston ISoc) on Friday released a statement calling its members to stand against the Prevent “duty” whilst giving an update on its own Student Union’s progress on lobbying the university on its guest speaker policy. This follows a judicial review which saw a judgement passed on the applications of the Prevent duty and its guidance.[1]

The judgement marks the first time a judge has outlined the limits of Prevent which have proven to be extremely different to how it has been understood for many years and thus, misinterpreted and misapplied by public bodies such as universities. The judge ruled that the Prevent Duty Guidance is only a recommendation and, as such, no one is compelled to actually follow it. A summary of the judgement can be found in Dr Salman Butt’s article “Judgement Released: Judicial Review into Prevent”.[2]

Dr Salman Butt, who put forward a claim for judicial review challenging the legality of Prevent and its guidance stated,

“Alḥamdulillāh, we welcome the release of the judicial review judgement after waiting almost eight months… Prevent has been around for a decade, and it has taken a judge and legal experts many months to actually understand it – so what about “normal” people who are under the impression that they have to submit to it?”

Following the news of this judgement, Kingston Islamic Society released the following statement:

“This is an important revelation for all ISocs [Islamic Societies) and all university student societies at a time when events are being cancelled and heavy restrictions are being placed on speakers as a result of the Prevent duty and its unlawful application.”

Two members of the Islamic Society proposed and passed a motion concerning their University ‘Guest Speaker’ policy at the Union of Kingston Students annual general meeting last year. The statement cited that its Student Union and Board of Trustees now supported the motion and said the Union was working to implement it by,

“…talking to the university about reducing the time they need, to review the guest speaker policy and the underpinning rationale.” And lobbying “…the university for additional vetted rooms for external speaker meetings and [asking the] university to approve more university managers for the high and medium risk events.”[3]

As of yet, the university has not agreed to the motion passed by the students. But, the Union is working with its members to “come to a solution”.

“We feel that this case which has highlighted the misapplication of the ‘Prevent’ duty guidance by universities is a crucial revelation for ISocs and all university student societies including ours to help campaign against the Prevent duty underpinned by its flawed practice, particularly Guest Speaker policies at Kingston University.”

The National Union of Students (NUS) also responded to the judicial review into the Prevent duty and, in a statement given on Friday,[4] said

“This is further evidence of the misinterpretation of Prevent duty guidance by HE providers and universities and public bodies are ill equipped to be able to do this.”

The NUS further stated that they were,

“…glad that the ruling yesterday makes clear universities are free to disregard this guidance and we hope this will end the inconsistent and selective manner in which visiting speaker processes are run in institutions.”

In reference to University policies and procedures the NUS said that,

“Universities and HE providers should review and amend all policies and procedures in light of this judgement to ensure more consistency across the board. We recommend that universities and HE providers who apply the guidance in an uncritical manner re-think their visiting speaker processes. They should do this by working with students’ unions and the student groups who are most affected.”[6]

“For far too long, Universities have hidden behind this guidance to continue to target ISOCs/PalSocs [Palestinian Societies]/PoC [People of Colour] Activist Groups – now you can tell your Uni to chuck it in the bin”.[7]