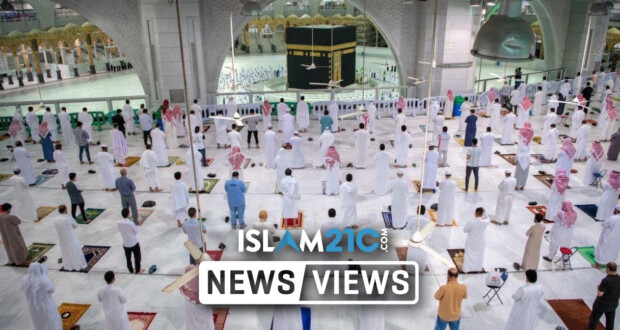 For the first time in seven months, Saudi Arabia has allowed its citizens and residents to perform prayers in Masjid Al-Haram in Makkah, the most prestigious site in Islam.[1]

The Kingdom suspended prayers in the Holy Mosque earlier in March of this year to keep in accordance with the government’s efforts to neutralise the spread of the coronavirus.

This meant that all daily and Friday prayers that would otherwise have taken place before the Ka’bah had been temporarily paused for seven months as a precautionary measure.

The restrictions prevented millions of Muslims from around the world from attending the Hajj this year, with the number of pilgrims scaled down to around 1000 – a significant downgrade from the 2.5 million Muslims that were standing on ‘Arafah last year.[2]

From the 4th of October, the Umrah pilgrimage was reinstated in stages. The first phase allowed for 30% of a revised maximum capacity (6,000 citizens and residents) to perform the pilgrimage daily. The start of the second phase was marked on Sunday, which would ultimately see the capacity of people performing the Umrah expand to 75% to become 15,000 pilgrims.

Today, state television reported that a group of worshippers prayed Fajr (the dawn prayer) in congregation in front of the Ka’bah.[3]

Starting from the 1st of November, the Kingdom will allow visitors from specific countries deemed safe to perform Umrah at 100% of the revised capacity, under new precautionary health measures that will remain in place until the danger posed by the coronavirus has passed.