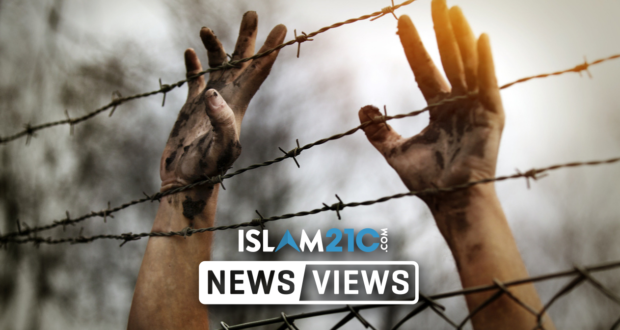 The regime of Bashar al-Assad has been able to crush opposition through the use of routine torture and oppression in secret prison facilities, according to a report.

The Syrian regime of Bashar al-Assad has been operating a network of secret prisons and torture facilities across the country, whilst his forces regain territory in the country’s civil war, it has been revealed.

A report published by the New York Times (NYT) on Saturday found that the rate at which people in the war-ravaged nation are disappearing is still increasing, despite the fact that the regime is regaining territory.

“While the Syrian military, backed by Russia and Iran, fought armed rebels for territory, the government waged a ruthless war on civilians, throwing hundreds of thousands into filthy dungeons where thousands were tortured and killed.” [1]

Research undertaken by the Syrian Network for Human Rights (SNHR), on behalf of the NYT, found that although the number of people disappearing peaked during the early stages of the uprising, in 2018 there were 5,067 arbitrary arrests, with 100 people being arrested every week. This figure represents a 25% increase from 2017. [2]

Although the barbarity of the so-called ‘Islamic state’ (ISIS) in its kidnappings and killings captured more global attention, the Syrian regime kidnapped and detained many more people and regime abductions make up 90% of all disappearances.

According to the SNHR, 81,652 individuals have forcibly been disappeared by the Syrian regime, with 9,994 individuals being disappeared by ‘ISIS’ and less than 2000 by other rebel groups and Kurdish forces. 2 Up to 128,000 people have never been seen since their abduction and are either still in custody or presumed dead. Furthermore, 14,129 individuals have been killed due to torture by the regime’s security and intelligence services. [2]

According to SNHR, many prisoners die due to the inhumane conditions of the prisons. These conditions are so dire that the UN, in an investigation, labelled the regime’s process of kidnapping, imprisoning, and torturing civilians as a process of “extermination”. [1]

Accounts from several survivors were shared by the NYT and these documented gruesome testimonies of how they were arrested, detained in secret prison facilities, and brutally tortured by the regime’s intelligence services. Witnesses also revealed how regime officials disregarded confessions, whether they were true or false, and instead, revelled in inflicting misery and pain on their captives.

Muhannad Ghabbash, a law student from Aleppo, was arrested by intelligence services in 2011 for organising peaceful protests. Although Ghabbash confessed to his role in the protests, regime officers continued to torture him for 12 days. This included, among others, hanging him from his wrists for long hours, shocking him with electricity, and psychologically humiliating him.

Eventually, due to the extreme nature of the torture, he was forced to lie and write a false confession saying he planned a bombing. Nonetheless, this did not prevent the officials from relenting in their oppression. He was transferred to an overpopulated prison in Damascus where he was routinely tortured.

The account described the sadistic nature of the security services:

“To entertain colleagues over dinner, he and other survivors said, an officer calling himself Hitler forced prisoners to act the roles of dogs, donkeys and cats, beating those who failed to bark or bray correctly.” [1]

“In a military hospital, he said, he watched a nurse bash the face of an amputee who begged for painkillers. In yet another prison, he counted 19 cellmates who died from disease, torture and neglect in a single month.” [1]

According to the report, these accounts are just a few among hundreds of thousands of people who are believed to have been abducted by the regime and thrown into secret torture facilities since the start of the uprising in 2011.

Over 500,000 people have been killed in the ensuing violence, with many more being displaced. The Syrian regime, with backing and support from its allies in Russia and Iran, has been able to militarily defeat opposition and rebel fighters, and are regaining territory that had been lost in previous years.