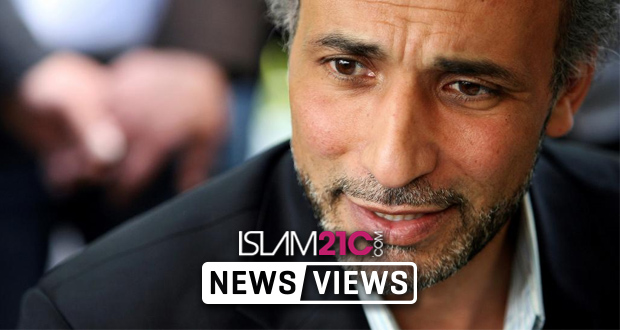 The ongoing case of Muslim scholar Tariq Ramadan, who has been in police custody since 2nd February, may have taken an extraordinary turn following the unveiling of a previously overlooked evidence.

In October 2017, Henda Ayari, a 41-year-old feminist and secularist activist accused the Professor of sexual assault in Paris in 2012. Another accusation followed suit in the same month from an unknown 40-year-old with the alias ‘Christelle’ who claimed the Professor did the same in the south-eastern city of Lyon in 2009.[1]

In a remarkable report, French Newspaper Le Parisien revealed the details of critical new findings surrounding the controversy. According to the newspaper, there is compelling evidence in the form of a plane ticket to suggest that Prof Ramadan was not even in Lyon at the time of the alleged crime.

According to one of the alleged victims, the event unfolded in the afternoon of the 9th of October 2009. Initial investigations have found that Prof Ramadan was actually onboard a plane that had left London and was heading for Saint Exupéry Airport in Lyon, France at 18:35, headed for a conference due to begin at 20:30 and that he had not taken any plane after that.

The evidence—produced by the airliner—was suspiciously overlooked by French prosecutors who potentially found themselves stuck in the quagmire of embarrassingly admitting that they had either fallen short of thoroughly investigating what had already shaped ‘public opinion’ in Europe, or that someone may have hidden evidence vindicating the Professor. According to the report, lawyers Yassine Bouzrou and Julie Garnier sent a letter accompanied with a digital copy of the ticket on the 6th of December but investigators insisted that they did not receive anything.

The lawyers added that they sent a memorandum containing the plane ticket to the 20th Division of the Paris Prosecutor’s office, and had received an automated email on the 7th of December confirming delivery of the document as part of an electronic service dubbed in France “Acizée du Résidence.”

Prof Ramadan, a prominent academic followed by millions across the world, was arrested on 2nd February 2018. Only then it became clear to the lawyers that not a single question was asked about the plane ticket. Many are asking whether the investigators were complicit in potentially hiding the document. This will be the subject of investigation itself, especially whilst Prof Ramadan’s lawyers continue insisting on reopening the probe into what would supposedly prove his innocence.[2] The prosecutors have refused to provide further comment.[3]

Reckless commentators have nonetheless fed their narratives on an unconfirmed allegation, made by a self-labelled “secular liberal activist” who associates her ‘freedom’ with the removal of the Hijab and many normative and widespread Muslim customs she dubs ‘Salafism’.[4]

Many Islamophobic mouthpieces have launched smear campaigns against Prof Ramadan, including attempts at deriding his ancestry to the founder of the Muslim Brotherhood, Hassan al-Banna (rahimahu Allāh). It includes those owned by oligarchs who recently listed the Brotherhood as a terrorist organisation, namely Aljazeera’s desperate rival Al Arabiya.[5]

Some individuals and organisations have come out in defence of the accused in the face of widespread character assassination in the French press, including advocacy group CAGE,[6] and a petition was launched entitled, Tariq Ramadan: Appui Total – Full Support.[7] UK-based scholar Sh Dr Haitham al-Haddad said,

“We are following what is happening to my brother in Islām, the great thinker Prof Tariq Ramadan, whom I had the pleasure of meeting a few times.

“Despite having different viewpoints on a number of issues I make duʿā to Allāh for his innocence. We need to remember that a Muslim should always wish goodness for his brother despite their disagreements, let alone a person who studies, teaches and defends Islām, such as this. The Prophet (sallAllāhu ʿalayhi wasallam) said ‘Love for your brother what you love for yourself.’”