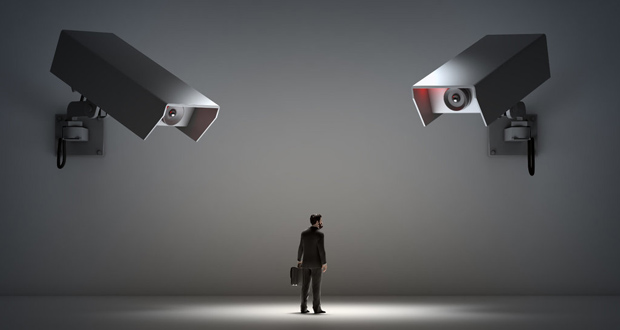 A commission unlike others

This Commission for Countering Extremism (CCE) is unlike other commissions we have had in the past, that have traditionally had a remit to positively impact minority communities, such as the Commission for Racial Equality and the current Equality and Human Rights Commission. Those commissions were instituted through laws/statute, debated and approved in Parliament i.e. the Equality Act 2010 and the European Convention of Human Rights, adopted as part of UK law. The CCE has no such basis in law. It has not been debated in Parliament, there is no legal definition of extremism and its work is not underpinned by any parliamentary authority.

The only link to legislation is tenuous. Section 26 of the Counter Terrorism and Security Act (CTSA) 2015 places a duty on specific public authorities to have “due regard to the need to prevent people from being drawn into terrorism”. This is a terrorism duty not an extremism one. Prevent policies and notions of extremism are opinions, theories and guidance which go well beyond the terrorism duty into censorship of political opinions and religious beliefs/practices; as well as labelling, smearing and disrupting individuals and organisations exercising their rights to freedom of assembly, association and expression.

The Commission will institutionalise previously developed theories, ideas and opinions as to what constitutes extremism, neither backed by evidence or law. Rather, despite public references to the counter-extremism strategy being separate to counter-terrorism, this is in conflict with other public statements. The Minister of State at the Home Office, Susan Williams, elaborating the role of the CCE, stated in Parliament,[1]

“Challenging extremism is not a new government objective. The new commission will build on the comprehensive programme of work set out in the counter-extremism strategy. This strategy is all about working with communities, standing up for our fundamental values, supporting integration and striving to defeat extremism. However, there is more that we can and must do. The Commission for Countering Extremism will play a crucial part in supporting future efforts to stamp out extremism in this country.”

To be considered just and fair, laws and policies should be applied equally to all. An act of racial discrimination for example can be identified no matter who commits it in any part of the UK.

Extremism on the other hand, focuses on opinions and labelling, primarily on Muslim communities with the “far right” added on – almost as an afterthought. Even between these two, application is unfair; as in one instance a whole community and its beliefs are considered ‘suspect’ whereas in the other it is seen as an individual problem. This is being further reinforced by the development of indicators of communities susceptible to extremism and mapping exercises that will target Muslims based on vague indicators.

To add further to inequality, Northern Ireland with a long tradition of what could be described as Christian/nationalist political violence, and the largest number of ‘terrorist’ acts for decades, is specifically exempted from the Section 26 Terrorism Duty and the work of Extremism Commission will not be applicable there.  Prevent does not apply in Northern Ireland – thus raising important questions on the way in which the government has constructed its own ideas about the root causes of political violence. Discussions in Parliament on scope of the counter-extremism strategy are important to understand for context of its emphasis. It is worth noting Gavin Robinson’s statements made in Parliament on the 20th of January 2016:[2]

“The Government recently published a counter-extremism strategy. When I asked why Northern Ireland, which has a fair number of extremists, was not included in the strategy, I was told, “Don’t push the issue too far. It is really a counter-Islamic strategy.”

To this, Gerald Howarth replied,

“Indeed. Everything is being done so that the Government can pretend that they are being even-handed. We cannot be even-handed between those who do not threaten our national security and those who do. We have to be specific.”

Civil sanctions not backed by law

In the absence of a legal framework, what we have already, and will have more of, is a set of opinions and practices developed by think tanks and so called ‘experts’ that will be wrapped around existing laws. This will lead to precedents being set and civil sanctioning outside of the criminal justice system. Since the standard of proof in civil cases is significantly less than in criminal ones i.e. from the higher standard of “beyond all reasonable doubt” to a lower one of a “balance of probabilities” – it will be relatively easy to label and sanction someone for ‘extremism’ with negative consequences on their life.

Key to the system of civil sanctions, is the embedded use of public interest immunity by the government, or in other words, the invocation of secret evidence due to reasons of national security. When these potential sanctions are understood in light of the history of civil sanction use post-9/11, it can be understood that in nearly every single case, secret evidence will be invoked, and therefore be difficult to challenge.

Lack of due process and rights of appeal

The Equality and Human Rights Commission is about advancing people’s rights and equal treatment – but mostly finds its mandate within the law. Whereas the CCE is about restricting people’s rights and freedoms and regulating people’s beliefs and behaviour. However, unlike other agencies charged with regulation or restrictions/sanctioning, such as the Charity Commission or OFSTED or professional regulatory bodies, there is no due process that has been indicated. The labelling and smearing of people or ideas, beliefs, and practices is not backed by a process, let alone a transparent one.

There is no transparent investigation of a person or organisation, there is no right to representation or interview, challenge, and if so labelled, no process of appealing. Prevent and ‘extremism’ work, as it has been operating, shrouded in ‘intelligence’ and secrecy.  For example, the Counter Terrorism Local Profile (CTLP) which has underpinned much of extremism work is a secret intelligence document prepared for each main local authority area, informing public bodies on who or what are extremist activities. There is no way to challenge such a document and its content as things currently stand, even without the CCE.

The CCE Equality and Civil Rights

In its remit the government suggests the CCE will advance rights in the manner of civil rights movements – much of the language has already been caged in the terms of anti-racism work. This is a perversion of civil rights movements in the US and UK. Governments and their agencies, or individuals aligned to them have seldom advanced civil rights. It has nearly always been movements opposed to unethical laws, government and those challenging them. Many of these movements and their leaders were considered ‘extremists’ and ‘radicals’ in their time. The consequence of Prevent and extremism policies, is that many of those individuals such as Martin Luther King, Emmeline Pankhurst and others would not even be allowed to speak at a university or community venue or address a charity. It was radicalism that led to political change and advancement of rights.

Advancement of civil rights, cannot come from those who wish to impose sanctions and restrict the rights of communities, or through labelling and smearing of lawful activities. This is much more akin to the kind of commissions that were set up by the House of Un-American Activities during the McCarthyite era of American politics. As in the past, it will be those outside government and challenging it who will be remembered as advancing the civil rights of communities.

‘Extremism’ is a term that is not legally defined. Despite this, the work of the CCE will seek to incorporate a second definition. This, at a time when already the notion of Fundamental British Values has been embedded within counter-terrorism without any clarity. The terms are not and cannot be legally defined because notions of what they constitute vary between people and within communities, across society and change from time to time. In the absence of clear legal definitions, we are left with subjective opinions of individuals and think-tanks of the most powerful groups in society being able to impose their views and opinions on minority groups. This will simply lead to more discrimination and criminalisation against Muslim communities and further erosion of rights. Muslims who support the CCE will be effectively supporting self-criminalisation of their own community and unequal treatment.

We strongly urge Muslims and all fair-minded people to not support this insidious Commission which is totally against British traditions. We further call for our society to place its emphasis on violent crime, and dealing with the root causes of violent crime. Just as all violent offenders in the UK, even when their acts are politically motivated, are charged and convicted under the criminal justice system, we believe that to be a standard by which we can effectively deal with potential offences, thereby reinforcing the Rule of Law – a key component of our collective values.