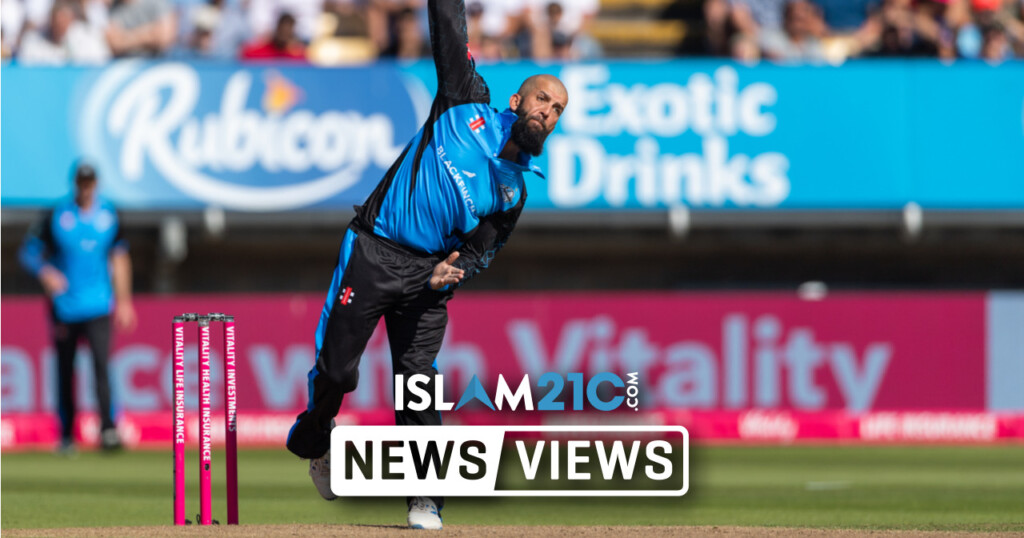 Members of England’s cricket team have run to the defence of their British-Pakistani teammate Moeen Ali after the controversial Bangladeshi-Swedish author, Taslima Nasreen, posted a now-deleted and hugely inflammatory tweet saying, “If [Ali] were not stuck with cricket, he would have gone to Syria to join ISIS”. [1]

Ali’s fellow England international players, including Ben Duckett, who plays as a batsman for Nottinghamshire, Jofra Archer, a fast bowler who plays for Sussex, and bowler Saqib Mahmood, who plays for Lancashire, all tweeted in defence of the all-rounder Ali, arguing that Nasreen’s comment was wholly inappropriate and a “disgusting tweet.”

Other Twitter users joined in on the light-hearted responses to the self-proclaimed feminist and humanist, with one joking, “@taslimanasreen was in charge of ISIS recruitment when Moeen Ali told her that he doesn’t want to join them.”

This is the problem with this app. People being able to say stuff like this. Disgusting. Things need to change, please report this account! https://t.co/uveSFqbna0

Nasreen, an atheist who was brought up in a Muslim family, has previously expressed support for Sri Lanka’s ban on the niqab in 2019, saying the niqab is akin to a “mobile prison”. [4] Nasreen has also reportedly espoused ultranationalist Hindu views. [5] She has been likened by some to the notoriously anti-Islam writer Salman Rushdie, with questions asked as to her real motivations for the views she holds against Islam.

In an article released by The Indian Express, Moeen Ali’s father, Munir, said in relation to Nasreen’s tweet:

“Of all the people to pick on for her agenda, I can’t believe she has chosen my son. Everyone in the cricketing world knows the person he is … I am hurt and shocked to read Taslima Nasreen’s vile remark against my son Moeen.”

“In her “clarifying” tweet, where she described her original remark as sarcasm, she also says she stands against fundamentalism. If she looks into a mirror, she will know what she tweeted is what is fundamentalist – a vicious stereotype against a Muslim person, a clearly Islamophobic statement.” [6]

Munir Ali went on to add:

“If I get to meet her someday, I will tell what I really think of her on her face. For now, I would ask her to pick a dictionary and see the meaning of sarcasm.” [6]

Nasreen’s bizarre Twitter outburst came after a number of reports emerged alleging that Moeen Ali had asked the management at the Chennai Super Kings (CSK) – where he plays franchise cricket – to remove the logo of the alcoholic beverage maker SNJ 10000 from his jersey in light of his Islamic beliefs and abstention from alcohol. [7]

However, it became apparent that Nasreen was caught ‘leg before wicket’ as she spoke too soon. Kasi Vishwanathan, the CEO of CSK, said to The New Indian Express on Sunday that there “has been no request made by Moeen to CSK to remove any logo.” [8]

It is a welcome sight that Moeen Ali’s teammates have stepped up to defend their Muslim colleague in a particularly challenging time for Muslims in Europe, with the likes of France and Austria taking steps to further marginalise adherents of the Islamic faith.

It is not the first instance in which Ali or England’s cricket team have made headlines, with the cricketer donning “Free Palestine” and “Save Gaza” wristbands during an India v. England test match at Southampton in July 2014. At the time, the England team’s management were happy to allow Ali to wear the statement items, arguing the messages on the bands were humanitarian and not political. [9]

Moeen Ali and the Language of War and Protest