We've got your Lockdown covered
Home / News / The Iraq War: 15 years on 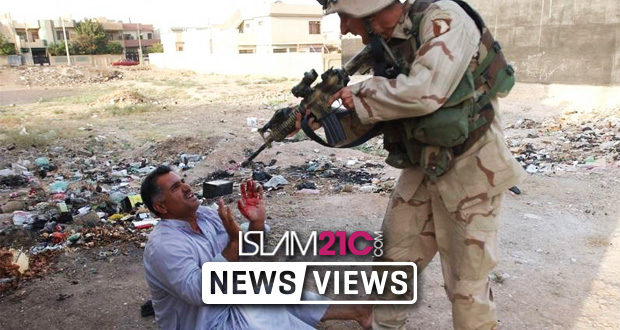 On the 20th March 2003, fifteen years ago today, at around 5:30 in the morning Baghdad time, a US led coalition of armed forces began a military invasion of Iraq. There was no declaration of war. They began by launching a “shock and awe” bombing campaign and within less than a month, Baghdad had fallen. On the 1st of May, President Bush gave a speech on board the USS Abraham Lincoln while a banner stating “Mission Accomplished” was used as a backdrop. [1]

But it was far from mission accomplished. Saddam Hussein was still at large, and an insurgency had risen, fighting the occupying forces. The war would continue for almost a decade longer, officially ending on 18 December 2011, having taken the lives of more than 100,000 innocent civilians, [2] whilst studies put the death toll five years prior to that at nearer a million. [3]

But what was the point of the whole war? What was the mission that was supposed to have been accomplished?

In the immediate aftermath of the 9/11 attacks, the US Secretary of Defence, Donald Rumsfeld asked for the “best info fast. Judge whether good enough to hit Saddam Hussein at the same time. Not only Osama bin Laden.” [4] Though no evidence was found, the US was looking for an excuse to attack Iraq. Saddam Hussein had long been a thorn in the side of US foreign policy and he had to be gotten rid of. President Bush addressed the UN Security Council and made his case to invade. He claimed that Iraq had weapons of mass destruction and was planning to use them. While the UK was quick to jump on the bandwagon, others such as France, Germany, and Russia were more critical. [5]

The United Nations Monitoring, Verification and Inspecting Commission (UNMOVIC) and the International Atomic Energy Agency (IAEA) were sent to Iraq to inspect Saddam’s weapons. The IAEA concluded that they had “found no evidence or plausible indication of the revival of a nuclear weapons program in Iraq.” [6] Despite this, Bush demanded that Saddam and his two sons surrender and leave Iraq within 48 hours. [7] A few days later, he invaded.

The backlash from the international community was huge. People protested in their hundreds of thousands in cities around the world. Leading figures from across the globe condemned the invasion. Nelson Mandela accused Bush of “trying to bring about carnage” while adding “all that [Bush] wants is Iraqi oil.” [8] Senior MP, Robin Cook resigned from his position as Leader of the House of Commons. His now famous resignation speech was the first speech ever to receive a standing ovation in the history of the House. The then Secretary General of the UN, Kofi Annan said of the invasion, “from our point of view, from the Charter point of view, it was illegal.” [9]

The war and its aftermath proved to be horrendous. Innocent Iraqi civilians were abused and tortured through beatings, electrocution, sexual assault, and other means by US and British troops. [10] [11] Their use of depleted uranium and white phosphorus as weapons led to birth defects and other illnesses amongst the Iraqi people. In 2007, it was reported that between 60-70% of all Iraqi children suffered from psychological problems. [12]

Anarchy and insurgency were rife. Suicide bombings and death squads became the norm. It is little wonder then, that this land went onto becoming the birthplace of ISIS, an organisation dominated by impressionable youth who would have been children at the time. In 2014, the Iraqi government invited its former occupiers, the US army, to return under the pretext of “fighting ISIS” and to preserve their authority. [13] They had proven to not even be able to protect themselves against a motley crew of psychopathic young men. Iraq was no longer a major player in the region.

Coronavirus: Islam’s holiest mosques reopen after being closed for more than two months